Built in 1900, this structure was the first on the Virginia Agricultural and Mechanical College and Polytechnic Institute to be constructed of Hokie Stone, the building material that became the signature aesthetic of what is now the Virginia Tech campus. The design of this building and those that would follow was part of a transition in the architecture of the campus during the presidency of John M. McBryde (1891-1907) from mainly red brick structures to the locally-quarried stone. Originally the building house the Young Men's Christian Association (YMCA), then the Performing Arts, and since 2013 it has been an administrative building.

College of Liberal Arts & Human Sciences Building, when it was known as the Performing Arts Building. Photograph by Idawriter. 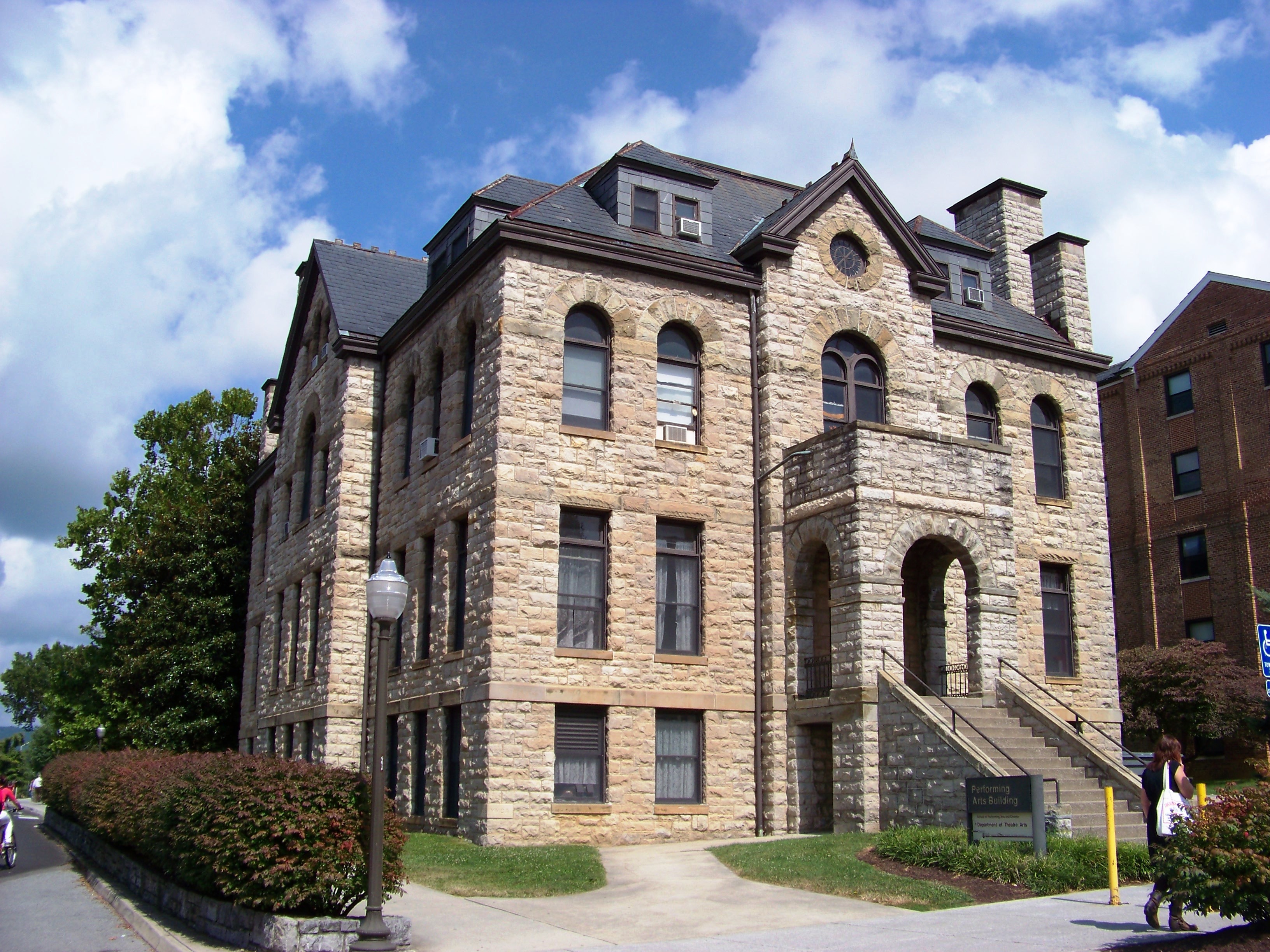 Beginning in the 1890s, two students at Virginia Polytechnic Institute (as Virginia Tech was then called) began an effort to raise money to build a Young Men's Christian Association (YMCA) building on campus. Richmond-based architect W. F. West designed the Romanesque-style building in 1899 and construction was complete in 1900. It was the first building on campus to use the locally-mined limestone known as "hokie stone," which President McBryde referred to as "our native limestone" from university-owned quarries. The style and choice of stone allowed the campus to stand out architecturally from other schools and grant distinctiveness to the campus. Later hokie stone buildings would tend toward the Neo-Gothic architectural style.

After the YMCA offices moved out of the building in 1937, it was known as the Military Building until the late 1960s, then the Student Personnel Building. In 1972, as part of the Virginia Tech centennial celebrations, the YMCA deeded any interest it had in the building to the university. Around this time the university also renamed it to the Performing Arts Building, its name and purpose until the opening of the Moss Arts Center in 2013. At this time, ihe 14,314-square-foot building was renamed to the College of Liberal Arts and Human Sciences building and used for housing administrative units under the college Dean and the Undergraduate Academic Affairs office.

In 2010, the university Board of Visitors passed a resolution stating that all new buildings on the Virginia Tech campus must contain at least some Hokie Stone.