Ghirardelli Square is the site of the Ghirardelli Chocolate Company, founded by an Italian immigrant, Domenico Ghirardelli, in 1852 on the northern waterfront in San Francisco. In 1849, Ghirardelli first began selling his confections from a general store that he opened in Stockton, CA, to provide supplies and basic necessities to miners during the Gold Rush. At the height of his career, Ghirardelli was exporting chocolate across the U.S., as well as to Mexico, China, and Japan. In 1962, the Ghirardelli Building became the centerpiece of the first adaptive reuse project in the United States. Ghirardelli Square was redesigned as a modern shopping plaza, while retaining much of its original Victorian-era character. In 1965, Ghirardelli Square was designated a historic landmark by the City of San Francisco and designated a National Historic Landmark in 1982. Annual chocolate festivals have been held at the site since 1996. Today, it is a favorite spot for tourists as part of the Barbary Coast Trail, a walking tour through San Francisco. 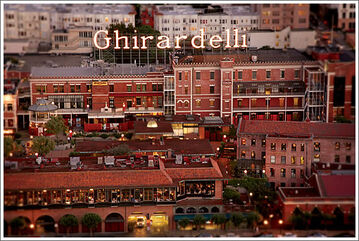 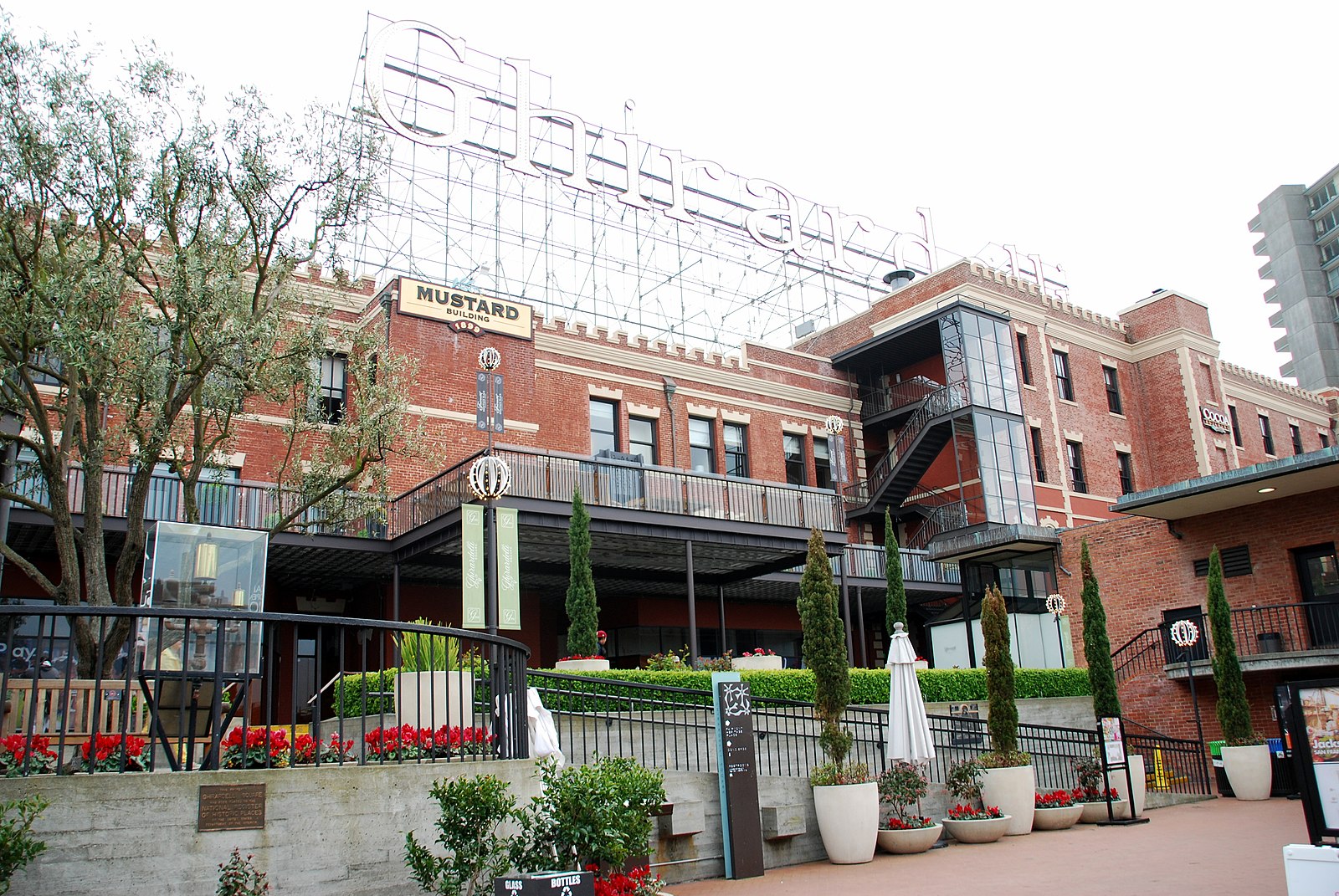 Ghirardelli Building as seen from the waterfront 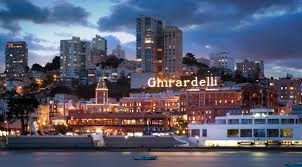 Domenico Ghirardelli was born in 1817 in Rapallo, Italy. His father worked in the fine foods business and frequently imported unusual delicacies from abroad. As a youth, Domenico apprenticed for a confectioner who specialized in making candy. The early influence of his father’s profession, combined with his own burgeoning skills honed as a confectioner’s apprentice, left a strong impression on Domenico.

In 1847, Domenico Ghirardelli set sail to seek his own fortune and make his mark on the world. He lived briefly in Peru, where he changed his name to Domingo (the Spanish version of Domenico) and worked at making chocolate. During this time, news of the impending California Gold Rush had begun to travel widely, with the news reaching Ghirardelli and his friend who were both living in Peru. The expected influx of miners in California meant that there would be an immediate need for local general stores which could provide basic goods and supplies to the miners. From Peru to California, Ghirardelli's friend carried 600 pounds of Ghirardelli's chocolate just as the first waves of miners began to appear. When Ghirardelli himself arrived in California with a plan to open a general store selling basic goods and necessities to the miners, he had a ready audience for his confections.

In 1849, Ghirardelli opened his first general store in Stockton, California, where he sold basic goods and necessities such as coffee, mustard, spices, and chocolate. If chocolate was ever considered a necessity, this was perhaps its greatest moment. Initially, the shop primarily served the miners who flocked to the region during the Gold Rush. Not long after, Ghirardelli also opened a second general store in downtown San Francisco (located at the intersection of Broadway and Battery). By 1852, he was able to focus almost exclusively on selling chocolate from a separate storefront located at Washington and Kearny Streets. Originally called Ghirardely & Girard, this was the beginning of what would eventually become the Ghirardelli Chocolate Co.

By 1884, the business had become so successful that Ghirardelli and his three sons were able to export their chocolate throughout the U.S.A., as well as to Mexico, Japan, and China. Following Ghirardelli's death, the Ghirardelli Chocolate Co. purchased the Pioneer Woolen Building in 1893. This north-facing waterfront property today remains the centerpiece of the historic site now known as Ghirardelli Square.

When an earthquake shook San Francisco in 1906, followed by a devastating fire, the Ghirardelli Building was spared significant damage. In 1923, Ghirardelli’s chocolate business was going so strong that a new luminescent sign advertising the Ghirardelli Chocolate Company headquarters was installed on top of the building. From that point on, any ships that entered the Golden Gate Strait would be able see the brightly lit sign, even at a distance.

In 1962, the Ghirardelli Building became the site of the first adaptive reuse project in the U.S.A., after two prominent San Francisco residents acquired the property. An architect began to redesign the historic three-level factory building, retaining many stylistic features of its Victorian-era heritage while also making modern upgrades to create a contemporary plaza called Ghirardelli Square. In 1965, after the project's completion, the City of San Francisco designated Ghirardelli Square a city historic landmark. By 1982, the site also received National Historic Landmark status. Since 1996, an annual chocolate festival is held every year in Ghirardelli Square. Today, it is one of twenty popular sites on a historic walking tour through the city known as the Barbary Coast Trail.