One of the most well-known and historic homes in Queens, the Steinway mansion was built in the mid-1800s by a wealthy optician named Benjamin Pike, Jr. The Pike family only lived in the home for a few years, and the home was eventually sold to the Steinways, who built their world-renowned piano factory in Astoria. The mansion remained in the Steinway family into the twentieth century, when it became the property of Jack Halberian and later his son, Michael. The home is listed on the National Register of Historic Places and was one of the first sites to be named a New York City Landmark, in 1967. 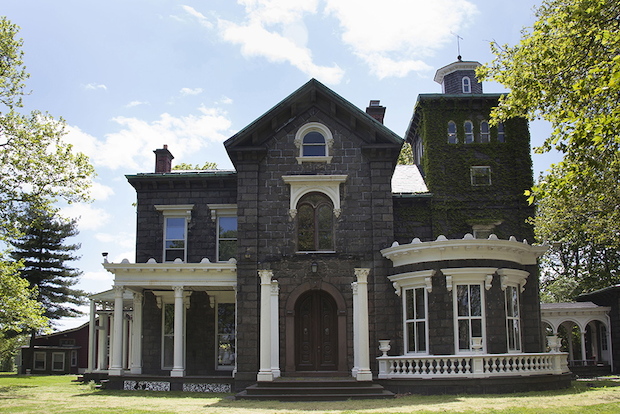 The mansion as it has appeared in recent years 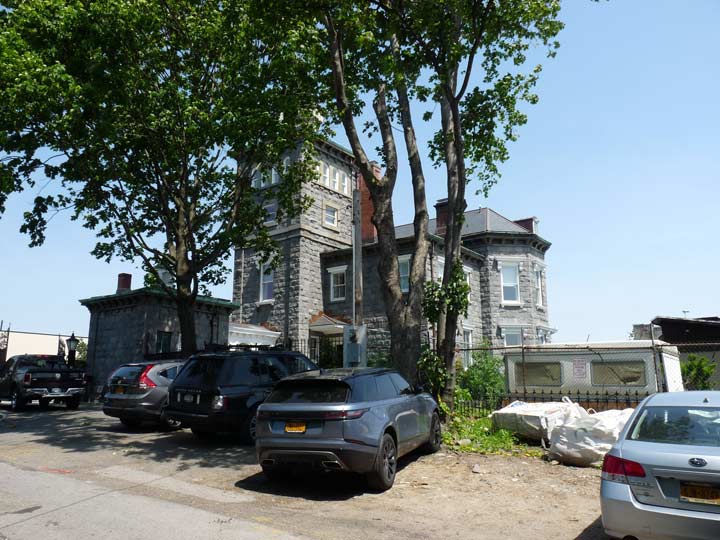 The expansive home known as the Steinway Mansion has a long history in Astoria, but the Steinway family only plays a small part in it. The home dates to the mid-nineteenth century, and although there are varying dates given for its completion, most agree on 1858. The home was built for Benjamin Pike, Jr., an optician, and his father, who immigrated from England. In keeping with Pike's profession, the home is adorned with glass panels engraved with optical instruments. The Pikes chose a site for the home that then consisted of 440 acres and built a two-story home in the Italianate style. The twenty-eight room mansion features a four-story tower, five marble fireplaces, and a two-story domed rotunda. There is no definitive record of the home's architect.

Both the younger and elder Pike died in the 1860s. The home was sold in 1870 to William Steinway of Steinway & Sons. The Steinways had moved their piano factory to Astoria several years earlier after labor disputes and the draft riots of 1863 convinced Steinway that the city was a breeding ground for radicals and anarchists. Astoria prospered because the Steinway factory, but the company didn't only bring jobs to the city. The Steinways built Steinway Hall, which became one of the nation's premier concert venues, as well as an amusement park and trolley lines. The Steinway family owned the mansion into the twentieth century.

The next owner of the mansion was Jack Halberian, an Armenian immigrant. Living in Manhattan, Halberian used to join friends and make the trip Astoria amusement park that the Steinways built. It was on one of those visits that Halberian saw the mansion from a passing trolley and became determined to one day be its owner. With help from family, he purchased the home in 1926, though he would struggle for years to keep it, often renting rooms. When Halberian died, his son Michael assumed ownership of the mansion and lived there for decades. While the mansion bears another family's name, it was Michael Halberian who lived there longer than anyone.

Michael Halberian spent, by his own account, millions of dollars in maintaining the house, but time took a toll on the mansion nonetheless. At one point, the portico over the front entrance disappeared. In the 1960s, after the destruction of Penn Station, the New York City Landmarks Commission was formed and there followed a flurry of landmarking across the city. The Steinway House was one of the first buildings to be named a New York City Landmark. Although the house is a landmark, the land that surrounds it is not, and the home is now surrounded by parking lots and businesses. If not for its tower, recent development would almost obscure the mansion completely.

After Michael Halberian died in 2010, the mansion sat empty for several years before being purchased in 2014 by two Astoria residents. A preservation group, the Friends of the Steinway Mansion, was formed to protect the property and tried to raise the funds to buy the house, but failed. The new owners reportedly planned to restore the home and use it as a community space, but Astoria residents and preservationists became alarmed shortly after the purchase when the remaining trees were cut down and heavy construction equipment was moved onto the property. It is not clear, at the time of this writing, whether the mansion is currently occupied or used.