The building at 3 Washington Square now belongs to New York University, the building's fourth floor was the home, for many years, of artist Edward Hopper. He moved into the back room of the top floor in 1913 but eventually took the front room as well. Hopper chose the building because he believed Thomas Eakins, an artist he greatly admired, had painted there, and also because a skylight and windows overlooking Washington Square provided him with abundant natural light. The building is now one of several that houses NYU's School of Social Work, but the top floor apartment remains largely as it was when Hopper resided there. He lived there until his death in 1967. 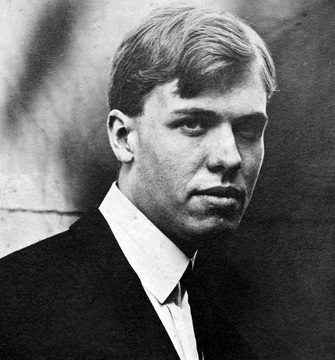 The former residence of Hopper 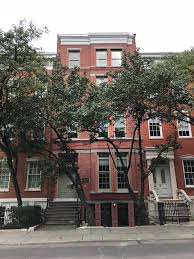 The studio as it appears today 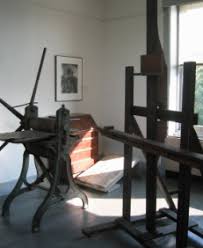 Edward Hopper was born in Nyack, and after finishing his education at the New York School of Art, he moved between various cities in Europe and Canada. In the 1910s, Hopper was back in the United States and struggling for recognition. After a showing at the Armory Show, Hopper began selling more paintings and was able to move into an apartment in Greenwich Village.

Hopper moved into the top floor of 3 Washington Square in 1913, along with his wife, Jo, also a painter. The apartment, which overlooked Washington Square Park, was appealing to Hopper because he was told that his hero, painter Thomas Eakins, had painted there. Additionally, a skylight and windows overlooking the park provided ample natural light. The apartment had no heat and no private bath, and the Hoppers lived very simply, with only minimal furnishings.

In 1932, the couple took the front room as well. Hopper used the south end of the apartment, overlooking the park, while Jo used the north end. The views Hopper had of Greenwich Village from his fourth floor window and the roof, where he also painted, inspired much of his work, and sharp-eyed students of his work can still find some of the structures immortalized in his work on the streets around Washington Square Park.

By 1946, the apartment, along with the twelve on either side of it, became the property of NYU, which raised the rents and threatened to evict the artist. In what Jo Hopper referred to as the "Battle of Washington Square," the couple's dispute with the university went on for some time, until Village residents came to their defense and successfully lobbied in favor of the Hoppers. They remained in the apartment until their deaths--Edward's in 1967 and Jo the following year.

The building is now one of several that houses NYU's School of Social Work. The couple's bedroom and bath and have been converted, but the studios remain largely as they were when Edward and Jo lived there. They are maintained by the University, which occasionally opens them for tours.