General John Buford’s monument is located on McPherson’s Ridge, along Chambersburg Pike. Buford was a Major General in the Union Army he was one of the lead generals in the Union cavalry. His men were the first people to step foot into Gettysburg, and they are the reason why the Gettysburg 3 day battle went in the Unions favor arguably. Buford scouted out the area and he selected the ground where he and the Union would fight, giving the Union Army a very advantageous position. His nearly 3,000 men actually clashed and had a minor skirmish with isolated troops of the Army of Northern Virginia, however they believed they were Pennsylvania Militia and thought nothing of it. Buford held the ground long enough for the Union infantry to arrive and take position. 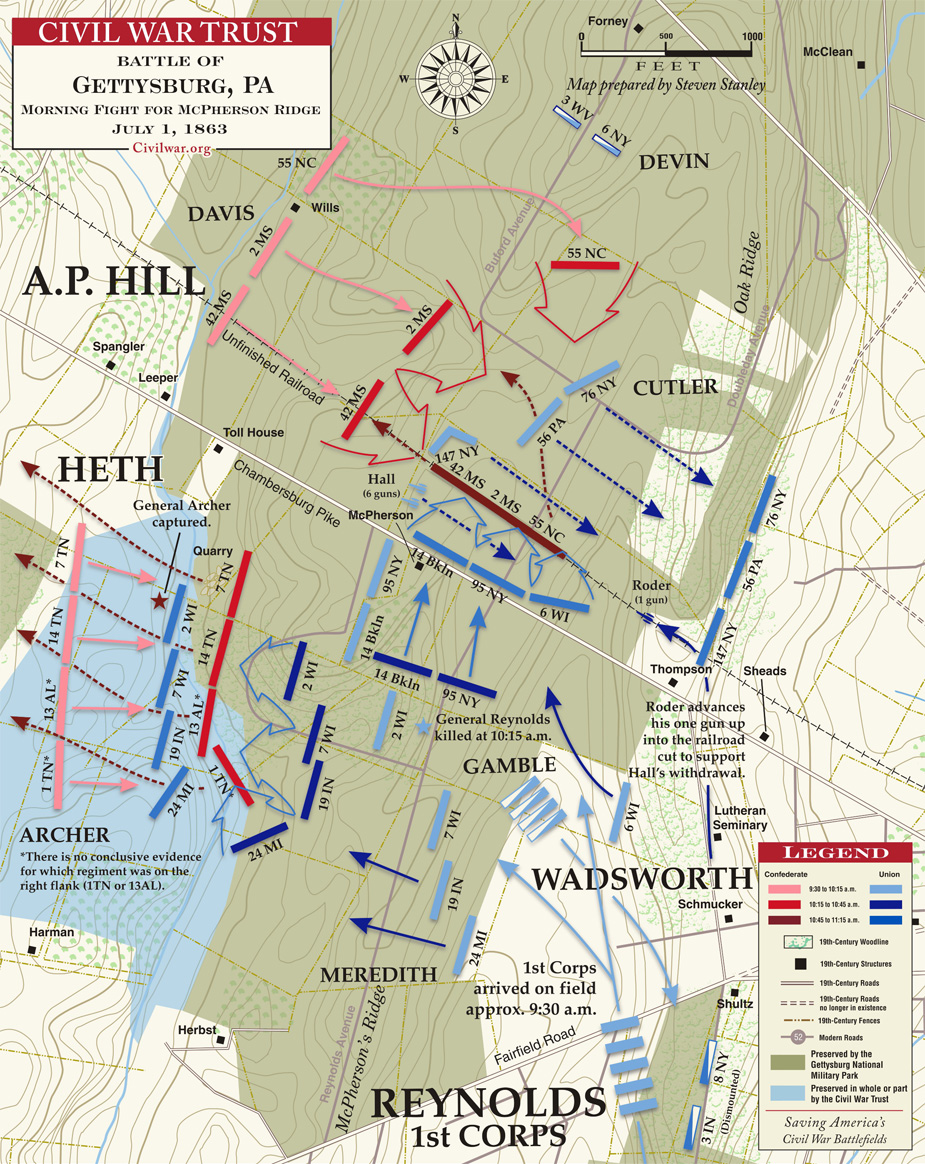 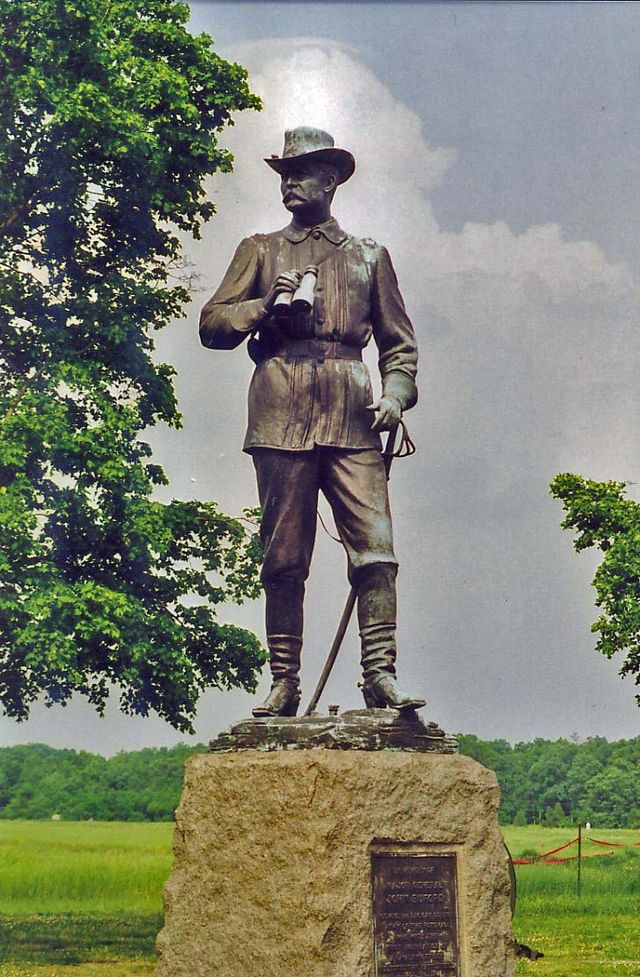 When Buford saw what would be the battlefield of the most horrific and devastating battle in American history, he knew the high ground would be the most valuable land around. He had been screening the movement of the Army of the Potomac and knew that the Confederates would have to come from Cashtown so he decided that this land was great for the Union to make a stand. He dismounted his cavalry and positioned his troops into defensive positions on McPherson’s Ridge. He would soon see Confederates under the direction of General Henry Heth. They first met skirmishers from Buford’s dismounted cavalry and formed into a line and soon meet all of Buford’s dismounted cavalry on three different hills (McPherson’s Ridge, Seminary Ridge, Herr Ridge).

Buford was the commander of the First Division of the Union Cavalry Corps for the Army of the Potomac. He had two brigades under his control at Gettysburg under the command of Col. William Gamble and Col. Thomas Devin. Buford’s men were nearly 3,00 men strong, compared to the Confederates who were 7,500 strong. Some of Buford’s men under the leadership of Col. William Gamble actually owned breech-loading carbines which had a rate of fire two or three times faster than the muzzle-loaded rifles used by the Confederate infantry. They also had a six-gun battery of artillery to their advantage as well initially. Even though they were outmanned, they had better technology, they had the high ground which in that period made a huge difference in the course of a battle and finally they held the all important element of surprise. Heth actually disobeyed direct orders from General Lee that led to the beginning of the battle of Gettysburg, Lee told Heth to avoid any major engagements and if he could to avoid them all together.

Buford held off the Confederates until the Union I corps under the leadership of General John Reynolds arrived. General Reynolds however was killed soon after the I Corps arrived. They held until the late afternoon when the Union XI Corps arrived to reinforce the fading defensive lines of the Union. The lines finally collapsed late in the afternoon after the third major assault of the day by the Confederates. With the Union lines shattered and retreating Lee instructed General Ewell to follow them and to take the high ground “if practical”. Ewell did not take the high ground however due to him believing his men were too tired to keep up the attack. This would lead to the Union holding the advantage as they were allowed to fall back to favorable positions where they could dig in and defend the positions. Historians debate how the battle would have ended up if Ewell had taken the high ground, also he had been in charge of the army that Stonewall Jackson had been in charge of until Chancellorsville, many believe had Stonewall still been in charge he would have kept the attack up and taken the high ground.