In 1860, the West was isolated from the East. Southern mail routes, like the one used by Butterfield Mail Company, were in jeopardy due to the Civil War. In order to get mail quickly to the West Coast and back, the Pony Express was created by Russell, Majors & Waddell freighting firm. Often romanticized, the Pony Express was anything but romantic. Cutting through the harsh frontier, this trail helped solidify the push into the west. Riders were a mix of American bravery and the rugged spirit of the West. Scott's Bluff station was a small station on the Pony Express Trail located outside of Scott's Bluff, Nebraska. 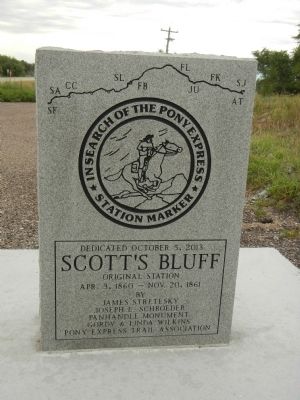 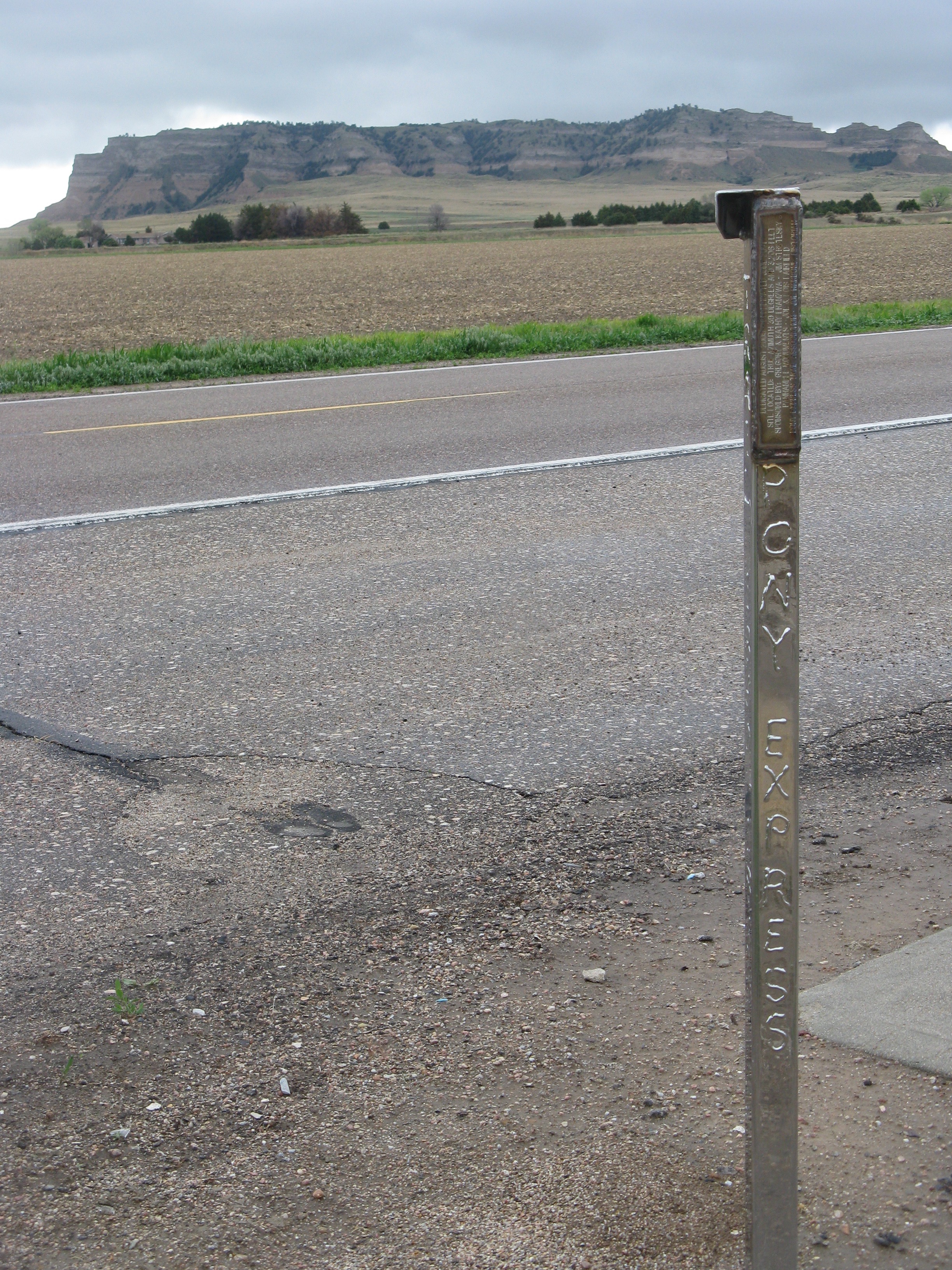 The Pony Express was a mail carrying service created by Russell, Majors and Waddell, a freighter firm owned by business partners, William H. Russell, William B. Waddell, and Alexander Majors. It was in operation between April 1860 and October 1861. It stretched over 1900 miles from St. Joseph, Missouri to Sacramento, California. The lifeline of the West, the Pony Express could deliver news from the East to the West in as little as ten days. This greatly decreased to time needed to get messages to California and other frontier areas in the West. At a cost of $5 per letter, the service was used mainly by large companies that needed up to date information about the situation in the East. As such, the service was a major financial failure for the three businessmen. It utilized stations already owned by the freighter firm that were used for their stagecoach delivery service.

The Pony Express relied upon riders on horseback that would take messages and mail between different stations along the Pony Express Trail and as far west as Sacramento.With 176 stations on the route, each rider rode an average of 75 miles in one direction. Though longer rides were not impossible. The riders would stop at home stations to rest or sleep, and then they would turn around and head back to their original home station, usually carrying mail along with them. At the homes stations, once a rider switched with another one, they would hand over the mochila. The mochila was a large square of leather that sat over the saddle with holes for the saddle horn and saddle seat. It had four secure boxes, one at each corner, where the mail was kept and the mochila switched between horses so all the mail would get to the correct location. While it was only in operation for 18 months, before the telegraph line was stretched across the nation, the Pony Express was a fundamental part of the growth into the west. Unfortunately, a lot of the original trail has been lost to time and weather. Some portions still exist today, while others have been widened to make dirt roads.

In recent years, there has been a movement to place historical markers at different points along the Pony Express, particularly at locations where stations once were, but no longer exist. Based on documentation of there location, some stations have been marked even though no physical building still stands. Joe Nardone, master historian of the Pony Express, was one of the few people who built monuments at the stations, making sure to dig into the records to find their real location. Nardone originally put stainless steel poles at stations, but later started putting granite monuments at the locations that could share more information.

In Scott's Bluff, there exists both types of markers placed by Joe Nardone. The granite one was erected in 2013 and marks the location of the Scott's Bluff Pony Express station and is the 17th marker on the Pony Express National Historic Trail. Its located along side the marker for Fort Mitchell, a fort created to protect those travelers on the Oregon Trail. While the Pony Express ended in 1861, Scott's Bluff Station remained in use for the stage line until 1862. The stainless steel pole was placed about a half mile southwest of the granite monument back in 2005, and was rededicated in 2014.