The Museum of Death houses the world's largest collection of serial killer artwork, antique funeral ephemera, mortician and coroner instruments, Manson Family memorabilia, pet death taxidermy, crime scene photographs, and much more. Visitors can experience a self-guided tour lasting approximately forty-five minutes. While there is no age limit for guests, it is strongly recommended only for mature audiences.

The Museum of Death was originally in San Diego but moved to this location in Hollywood, California in 1999. 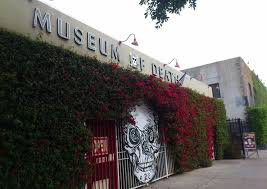 Charles Manson is a feature exhibit in the museum. 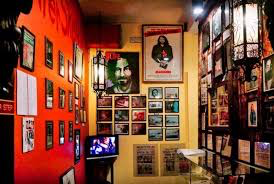 The Heaven's Gate suicide cult is also a featured exhibit. 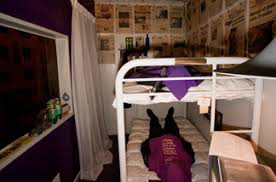 The Museum of Death was established in June of 1995 in San Diego and founded by J.D. Healy and Cathee Shultz as a way to educate the masses on a part of life so many of us fear and find taboo. The museum's first building in San Diego, once owned by Wyatt Earp, is reputed to have held the city's first mortuary. Collecting serial killer memorabilia became a hobby for Healy and Shultz. As they wrote to serial killers, they acquired a large amount of artwork in which they exhibited in a yearly specialty show. As the couple's collection expanded, the ​public's interest grew which resulted in their eviction. This led to the opening of the Hollywood location in 1999.

There are currently two museum locations. There is one in Hollywood, California and a second in New Orleans, Louisiana. The New Orleans location opened its doors in 2014. Each museum features different artifacts as there are no duplicates. Both are currently open to the public, and there is a third location, in Seattle, Washington, in the works.