During the 1700s there were a series of violent conflicts between the Native Americas and European settlers over land. It took years of treaties and battles to finally come to a peaceful living arrangement, and small towns in what was known as western Virginia at the time were no exception. Agony in Stone is a statue built in honor of a family that fell victim to the violence between Native Americans and Europeans. The Clays were a typical family living on property given to them until the Shawnee Indians attacked. They did so assuming the land was their own. In honor and memory of the Clay family's loss on that tragic day, the statue was built in 1977. It was originally located in Mercer County's seat, Princeton since the Clays were allegedly the first settlers of Mercer County. The statue has since been moved closer to the original location of the Clay farm, following a remodeling project at the courthouse. 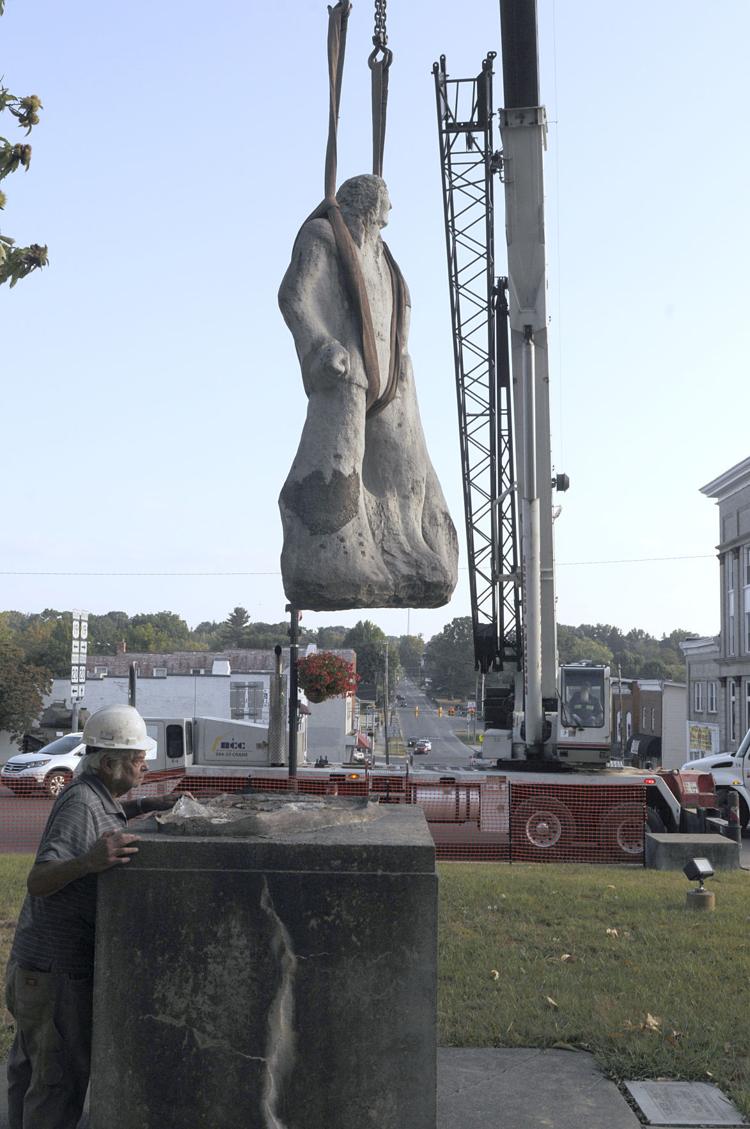 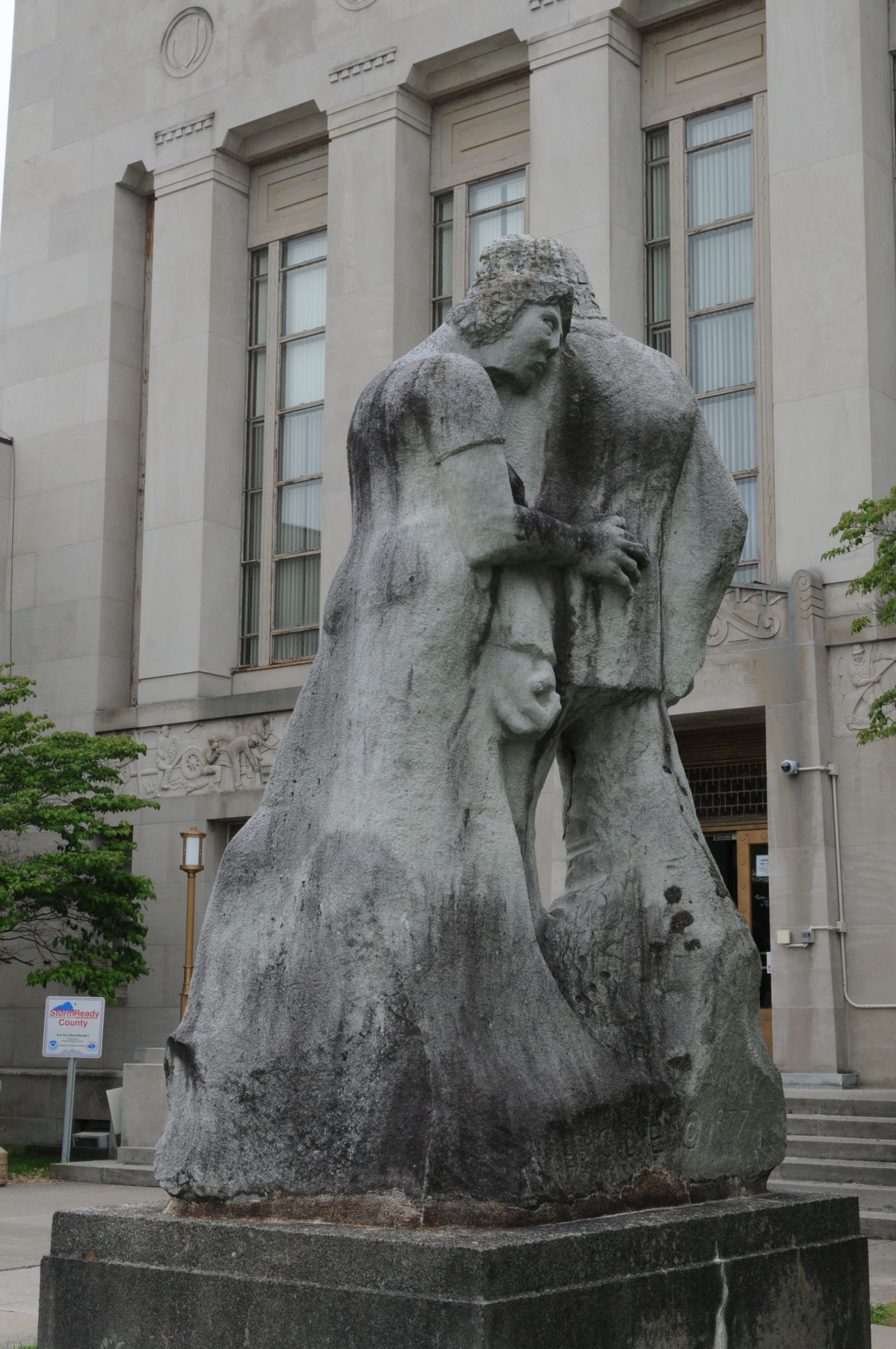 European settlers continued to move into the United States and took over more and more land from the Native Americans. Native Americans had no concept of private land ownership and deeds to a property because all they had ever known was a communal style of living. Whenever European settlers began moving further onto their land and claiming ownership, it caused many violent reactions like the French and Indian War in 1754, Pontiac’s War in 1763, the Battle of Point Pleasant in 1774, the Revolutionary War in 1777, and even the attack on the Clay family in 1774.

The Clays acquired and claimed 800 acres of land near Bluestone Creek in 1774. This was deeded to them by the previous owner John Draper, but this "white man's deed" meant nothing to the Shawnee Indians who were the original landowners. The Shawnee Indians believed this was their land and saw a white family settling on their property without making a deal with them. In 1783 they decided to take matters into their own hands. One day while Mitchell Clay, the head of the family, was hunting the Shawnee Indians attacked the other family members while they were doing their chores. They killed two of Mitchell and his wife Phoebe's children while their other children fled. The names of the two that were killed were Bartley and Tabitha. Bartley was shot and killed on the spot and Tabitha was scalped trying to run to her brother's rescue. While fleeing from the scene, the Shawnees also took Ezekiel Clay captive. When Mitchell heard of the news, he gathered a team and went to look for Ezekiel but found him already burned to death. Instead of retaliating, Mitchell desired to grant his son a proper burial. He made a deal with the Shawnee Indian Chief, and this ended the dispute altogether.

The Statue was built in 1977 in honor of this family who endured tragic loss. The Clays are also credited to be the first to settle in what is now called Mercer County. This statue was built as a reminder of the story of the county's first settlers.

The statue was originally located on Court House road in the center of Princeton. In August of 2019 it had to be moved due to a ramp installment for the Courthouse. Today the Statue is located close to a well-visited attraction site, Lake Shawnee. This placement was chosen strategically to ensure the couple overlooked their former land.