In 1828, Dr. Alexander Williams Mitchell ordered the construction of the Belle Mont Mansion in 1828, but since it was such a large residence, it was not completed until 1832. This house is located south of Tuscumbia, Alabama, within Colbert County. The house is a Palladian style house, one of very few houses in this area built with this architectural style, and was heavily influenced by the architectural works of Thomas Jefferson. The house sits on Mitchell’s 1680 acres farm. On his property, he had 152 Slaves and they slept in thirteen cabins. They grew corn and cotton to support Mitchell’s family of seven. Mitchell sold his farm one year after the mansion’s completion. 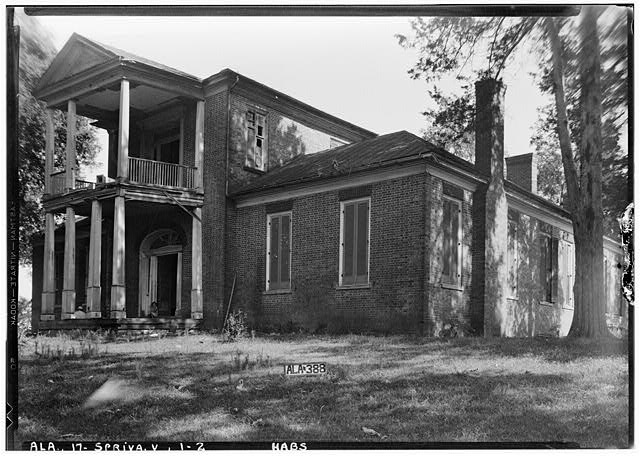 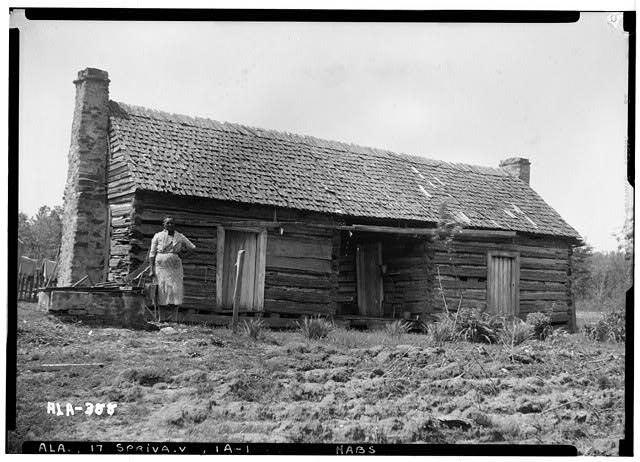 Original Wallpaper at the Belle Mont 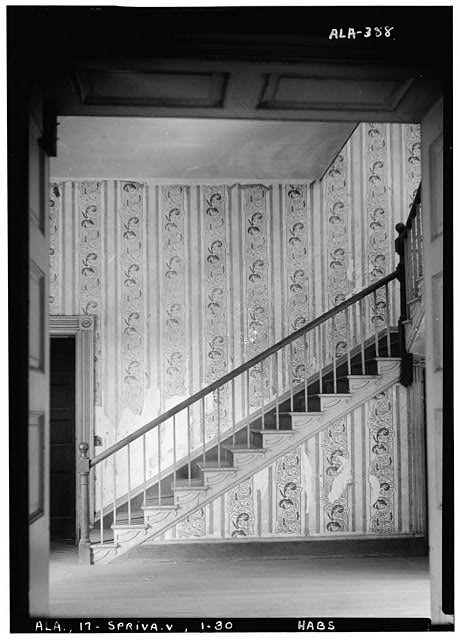 There are many reasons that the mansion could have been built in the Jeffersonian style. The construction of the house began two years after Jefferson’s death, so a common theory is that Mitchell built the house to honor the late president. Many characteristics of ‘Jeffersonian Classicism’ are exhibited at Belle Mont, including finely executed brickwork, woodwork, and a hilltop setting. Belle Mont also illustrates Jefferson’s reverence for the neoclassical architectural elements and ideas of the Italian Renaissance architect, Andrea Palladio.

The house was sold to Isaac and Catherine Baker Jones Winston in 1833. The Winston’s were sold only a fraction of the original farm, buying only 33 acres of land. The Winston family owned and resided in the home throughout the Civil War. Although Isaac passed away during the civil war, Catherine continued to run the plantation until her death in 1884. The Winston’s had 114 slaves according to the 1860 census. The mansion was occupied by the Winston family until the 1940s. Even after, the family would have large holidays and gatherings in the Mansion. Over time the house became completely abandoned and would start to deteriorate.

The abandoned home was a popular place for high school parties and young couples. The Winston family grew concerned and donated The Belle Mont to the state of Alabama in 1983. The Alabama Historic Commission has been restoring the architecturally rare mansion to its antebellum period form. Some artifacts that have been restored are wallpaper from the period. The historical society has chosen pieces that display the life of wealthy, white plantation owners in the South. Although the Belle Mont Mansion was preserved, the slave quarters could not be restored, and can no longer be seen above ground.

Few artifacts that belonged to the slaves can be found inside the preserved mansion. Some of the artifacts that were found include a doll of a young slave girl, some pottery pieces, and other various clothing items. Although these slave quarters are no longer visible from above ground, the pieces that archeologists have uncovered are on display in the home. These artifacts show visitors that although the Belle Mont is a beautiful mansion, the lives of many African- American slaves were not as luxurious as those of the plantation owners. This displays to visitors what Slaves went through to create the infrastructure of the American South.