The Rice-Tremonti Home has stood at this location for over 175 years and serves both as a historical site and a physical reminder of several milestones in US history. Pioneering travelers along the Santa Fe Trail passed by the home while enslaved African Americans worked its acreage. The property managed to escape the fate of many other homes that were burned to the ground during the Civil War, and today, it stands as the oldest remaining home in Jackson County. The property is managed by Friends of the Rice-Tremonti House, a dedicated team of volunteers who are committed to its preservation and restoration. Although the home is not open for regular visiting hours, tours are available upon request, and the property is available for rentals and holds special events throughout the year.

The Rice-Tremonti House, built in 1844 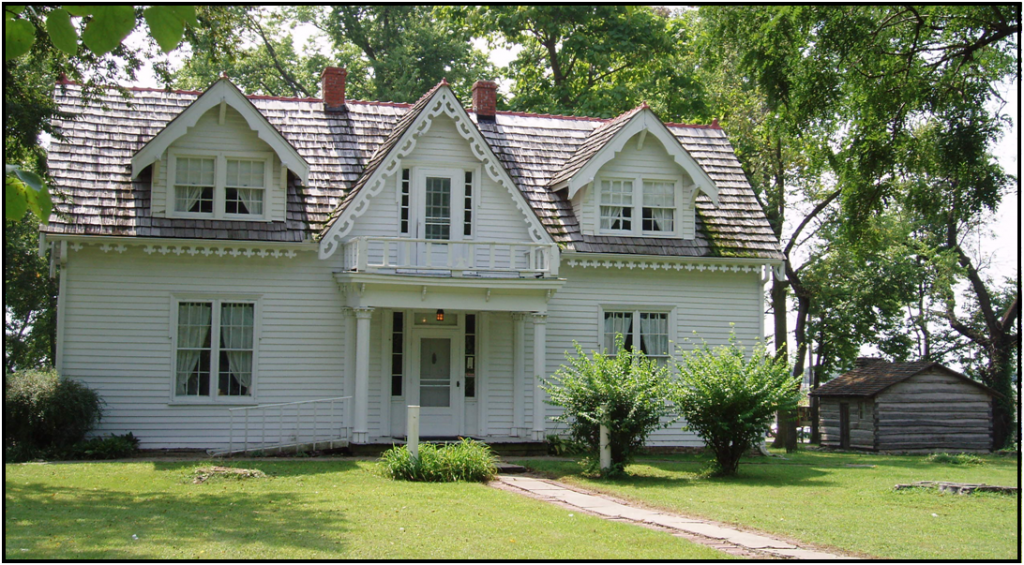 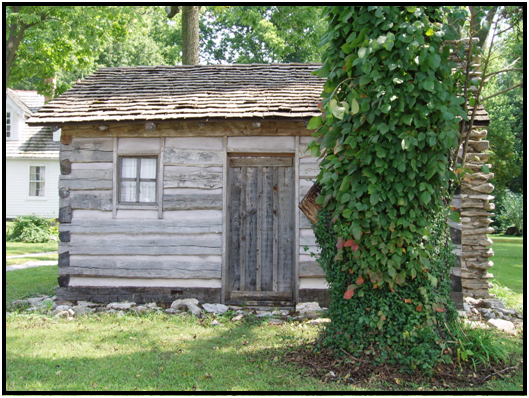 Inside one of the bedrooms 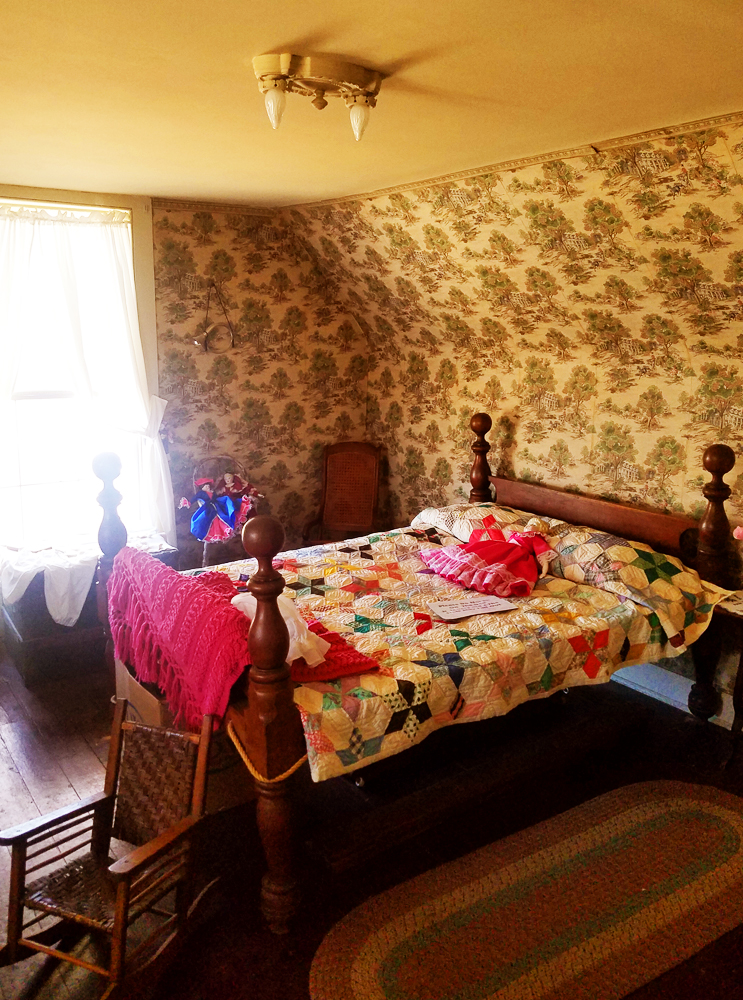 A fundraising event inside the house. Notice the stencil work on the wall. 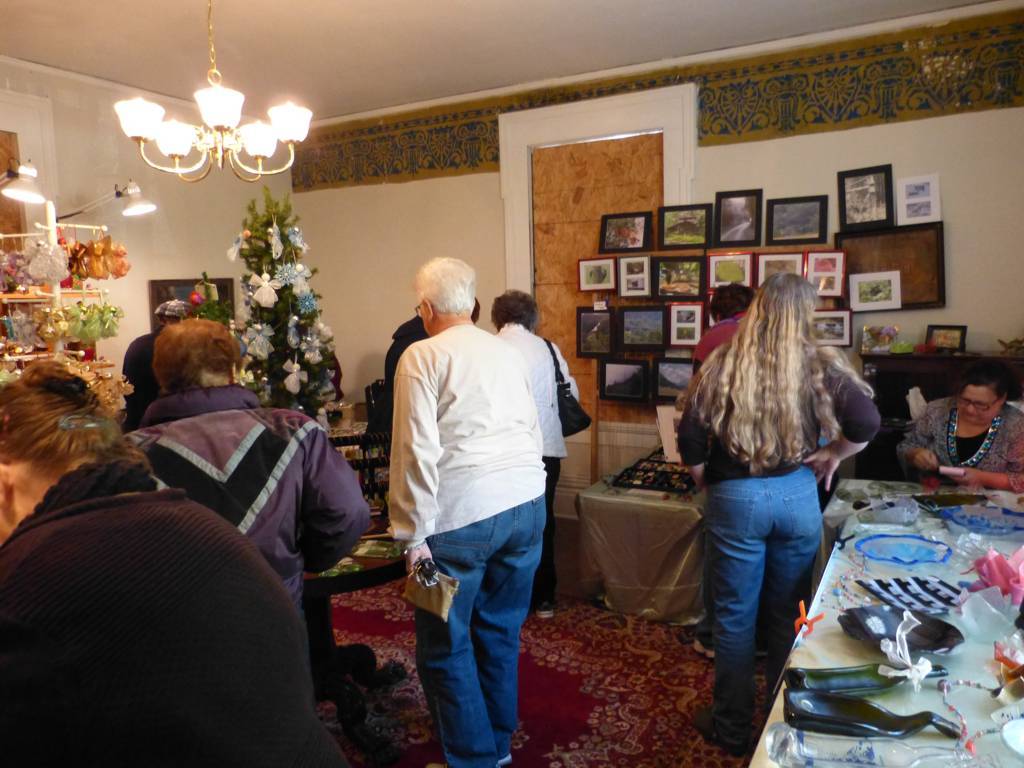 Another view of the inside during an annual event 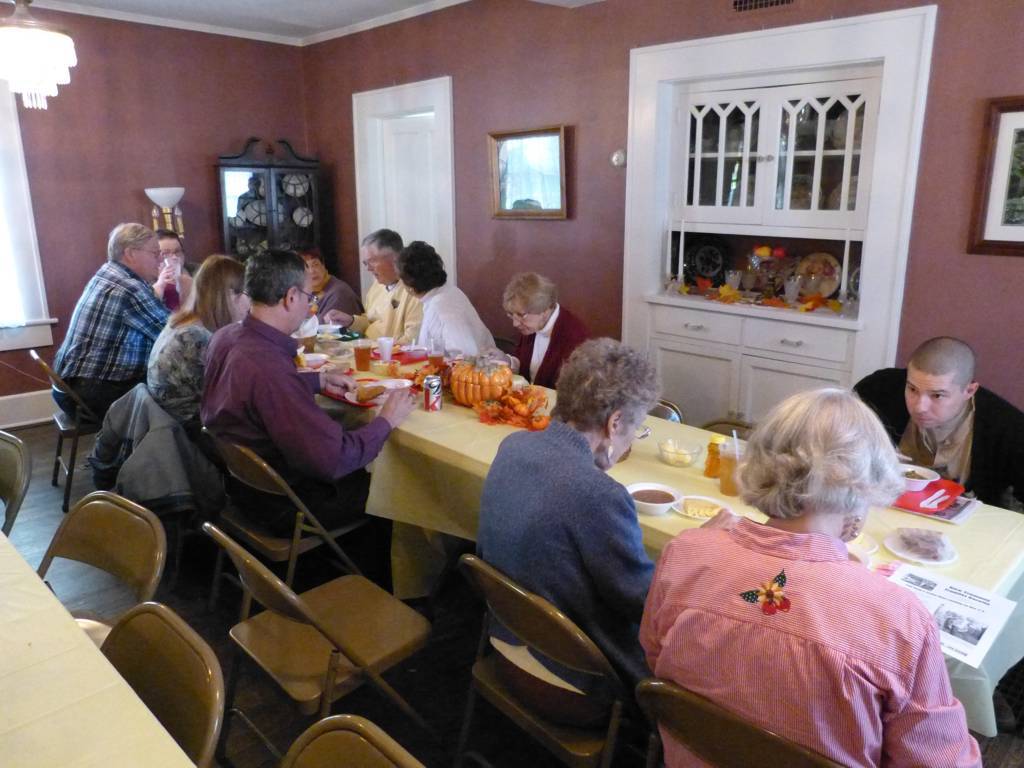 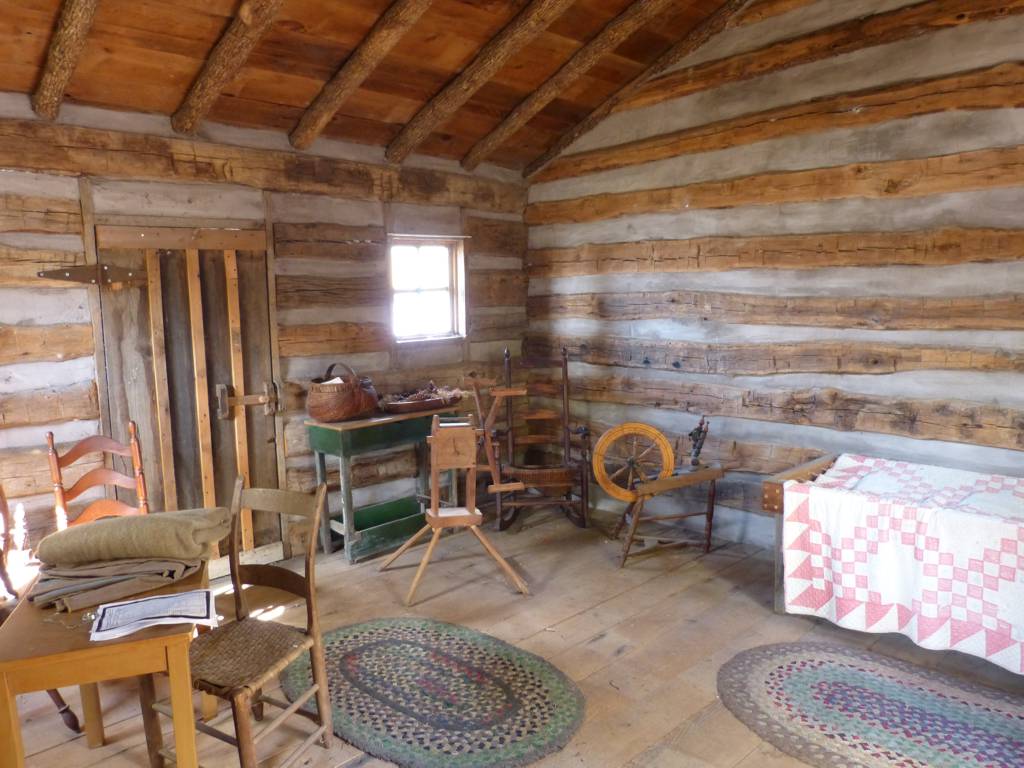 A historical marker on the grounds

Another view of the back of the house and the cabin

Granite stone erected on the property 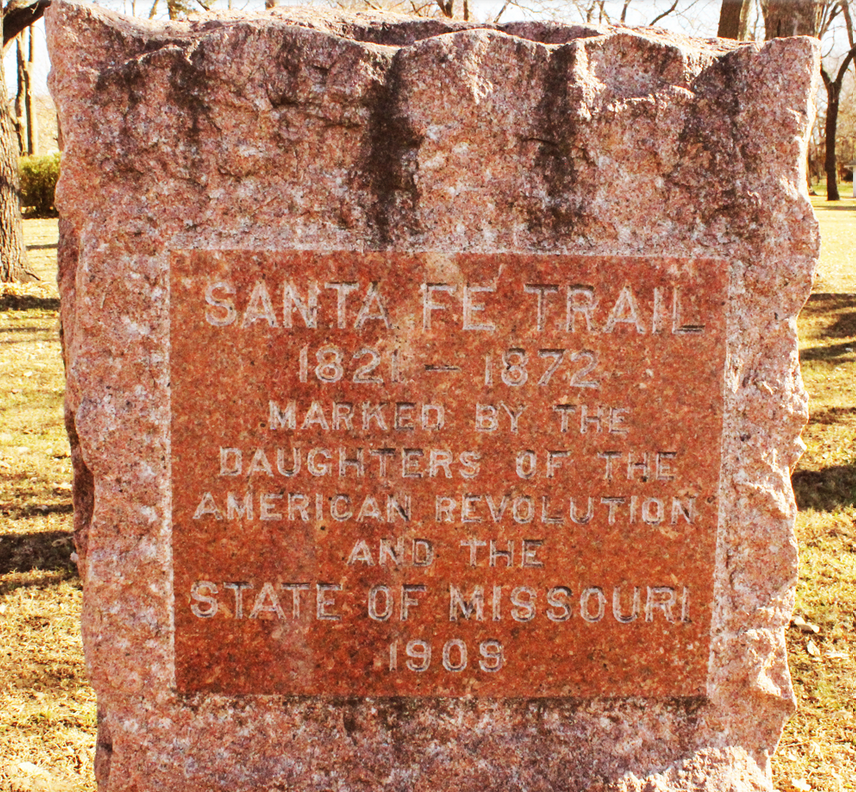 Early photo of the property, when it was owned by the Lowe family 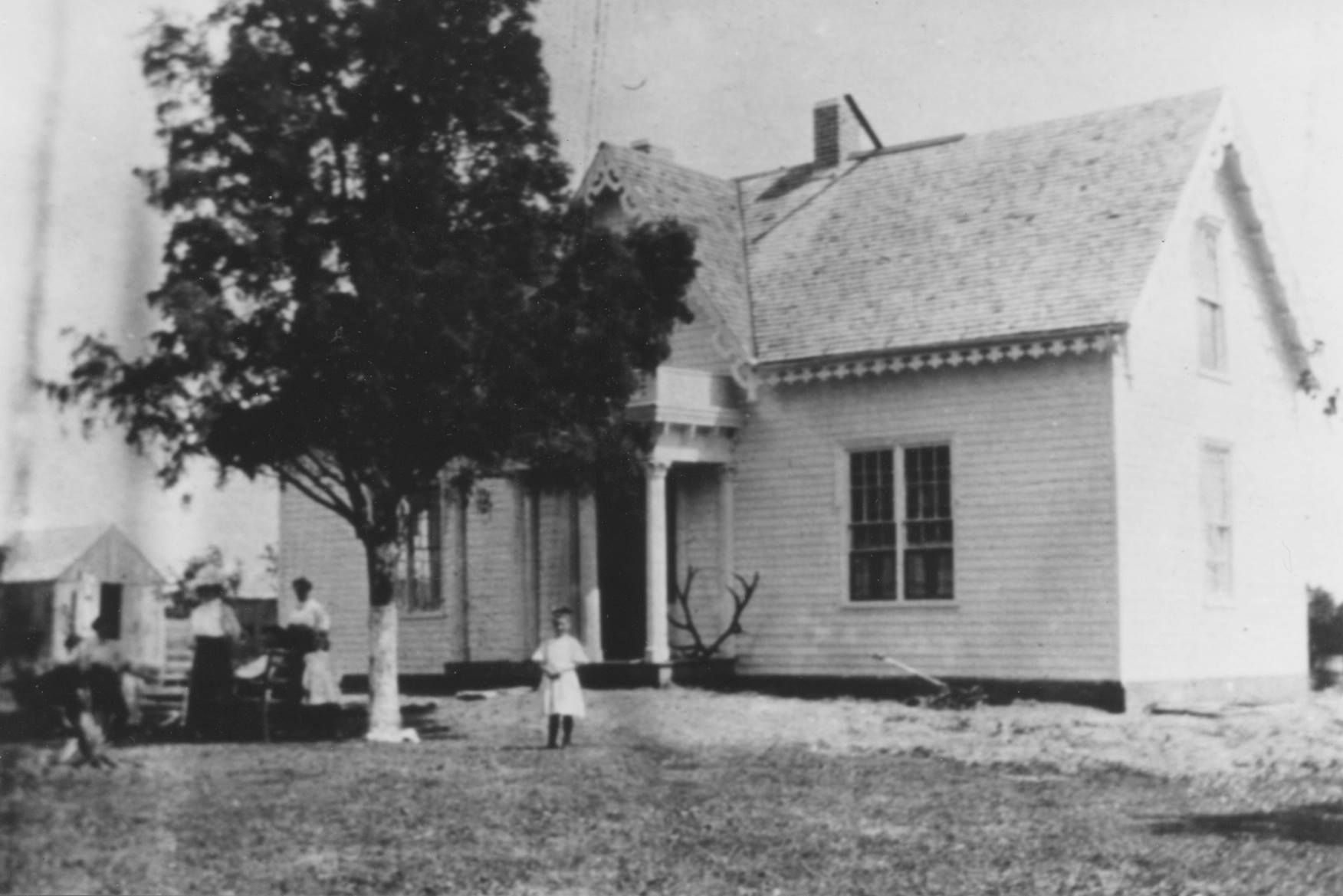 Judge Joseph Lowe sits in front of the home, circa 1913 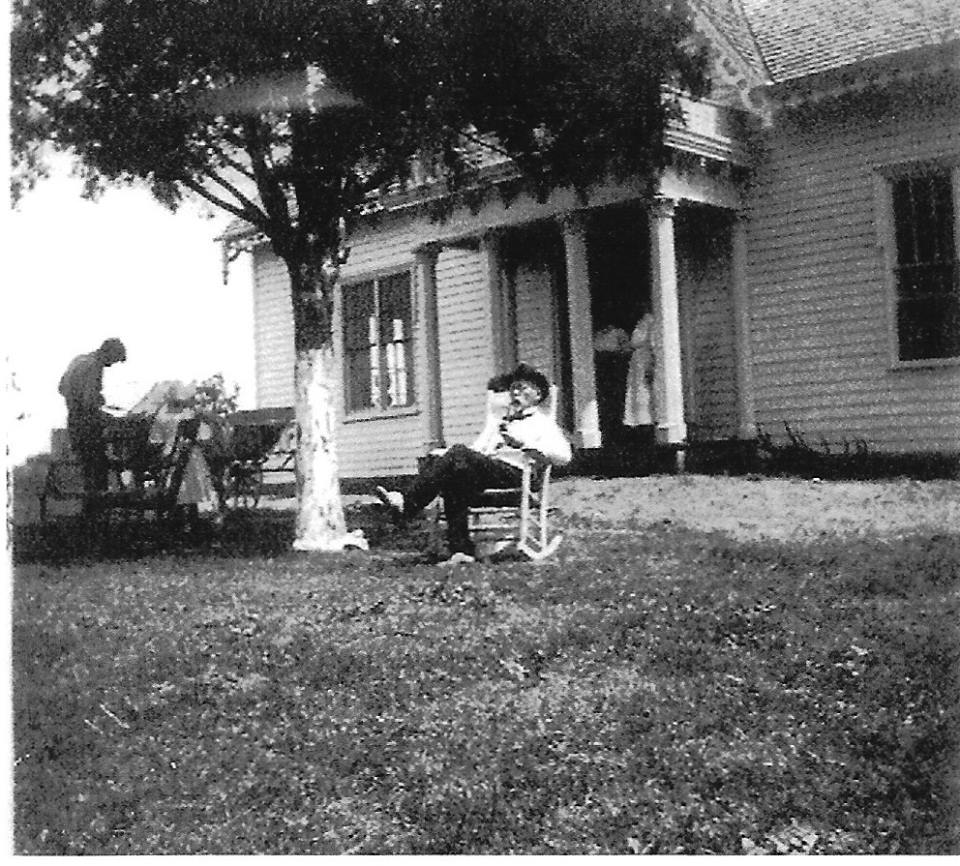 More members of the Lowe family in front of the home 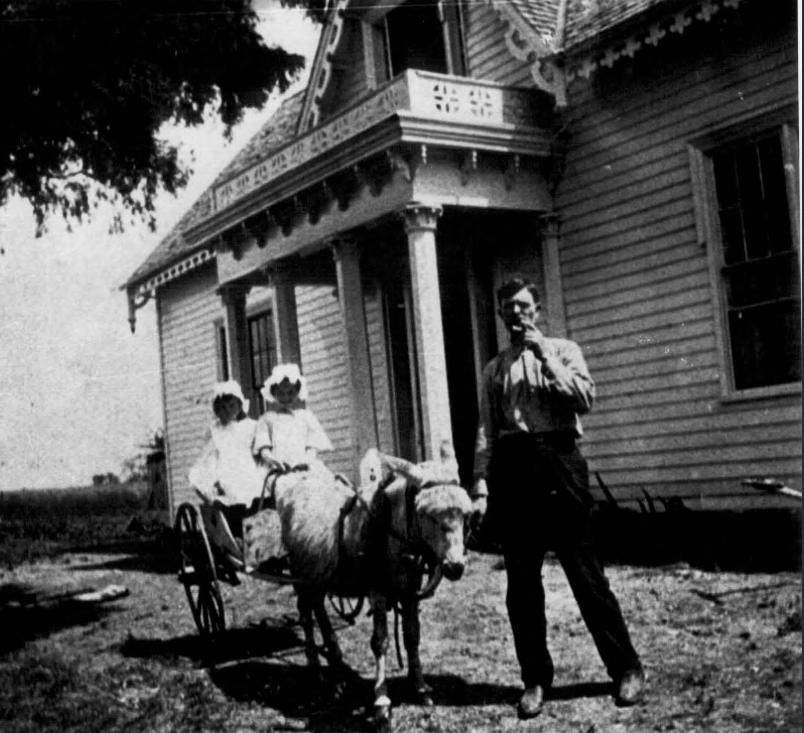 In 1836, Archibald and Sally Rice purchased 160 acres near the western border of Missouri. The Rices were a slave-owning family, and their property originally contained a two-story log cabin for the family in addition to several slave cabins. In 1844, the Rices replaced their log cabin with a frame farmhouse. The property jutted against the corridor for the Santa Fe, California, and Oregon trails, and it acted as a camping site where the family sold supplies to pioneers heading westward. The home became a landmark on the trail and is mentioned in numerous diaries, letters, and other accounts from passing travelers.

In 1849, ownership of the home and at least 20 slaves passed to Archibald and Sally’s son Elihu Coffee Rice. Elihu Coffee’s new wife Catherine “Kitty” Stoner White brought another three slaves with her when they married the next year. One of these slaves, Sophia, or “Aunt Sophia,” had worked as Kitty’s nurse since she was young. Aunt Sophia lived in a cabin near the back of the house, where she cooked all of the family’s meals and carried them into the home. She also attended to the births of their five children. The farm expanded to 1,500 acres at its height, with the land being worked by several slaves.

As slaveholders, the Rice family was forced to evacuate in the leadup to the Civil War. In 1861, they moved to Texas and would not return to the homestead until 1866. [3] It is not clear why, but the home was still standing upon their return, despite most homes in the area being destroyed. It is possible that it was saved to be used as a military headquarters or hospital. Aunt Sophia also returned with the family as a free woman, raising livestock and selling dried apples to earn money. She lived in her cabin on the property until her death in 1896.

In 1906, the home was sold to the family of Judge Joseph Lowe. Judge Lowe was the founder of the Old Trails Association. In 1913, during the time of his ownership of the property, a pink granite stone was placed in front of the house by the Daughters of the American Revolution to mark the Santa Fe Trail. In 1929, the Lowe family sold the house to Dr. Louis Tremonti and his wife Gloria. The Tremonti family did extensive renovations and additions on the home, adding a basement and dormers, but largely left the historical integrity of it intact. Dr. Tremonti practiced out of one side of the home. He passed away in 1949, but Gloria lived there until 1987.

The Rice-Tremonti Home was placed on the National Register of Historic Places in 1978. Gloria Tremonti sold the home to the Rice-Tremonti Home Association in 1988. Today, the home is owned by the City of Raytown, but managed entirely by the Friends of the Rice-Tremonti Home. [3] The group organizes tours by arrangement and other activities for the public. Fundraising efforts include renting out the home and grounds for weddings and other events. Many original features remain in the farmhouse, such as the living room mantelpiece. Over the years, Aunt Sophie’s cabin went through many changes, with logs and the chimney being replaced and altered, windows added, and so on. A renovated cabin stands on the site of the original today.