Comprising two adjacent properties, the New Hampshire Farm Museum is a working demonstration farm that also serves as both an open-air and traditional museum. The land on which it sits was originally settled in the late 1770s and its buildings date from the late 18th to early 19th centuries. Patrons can meander through its Great Barn which contains various farm implements, tools, wagons, and sleighs. They can also tour the Jones’ Farmhouse, with its rooms decorated in various styles from different eras and the museum’s tavern which dates back to 1810. Visitors can also feed the domesticated livestock, which includes pigs, goats and chickens and purchase various museum related items from its Country Store. The Farm Museum was placed on the National Register of Historic Places in 1979.

A panoramic view of the Farm Museum's interconnected buildings. 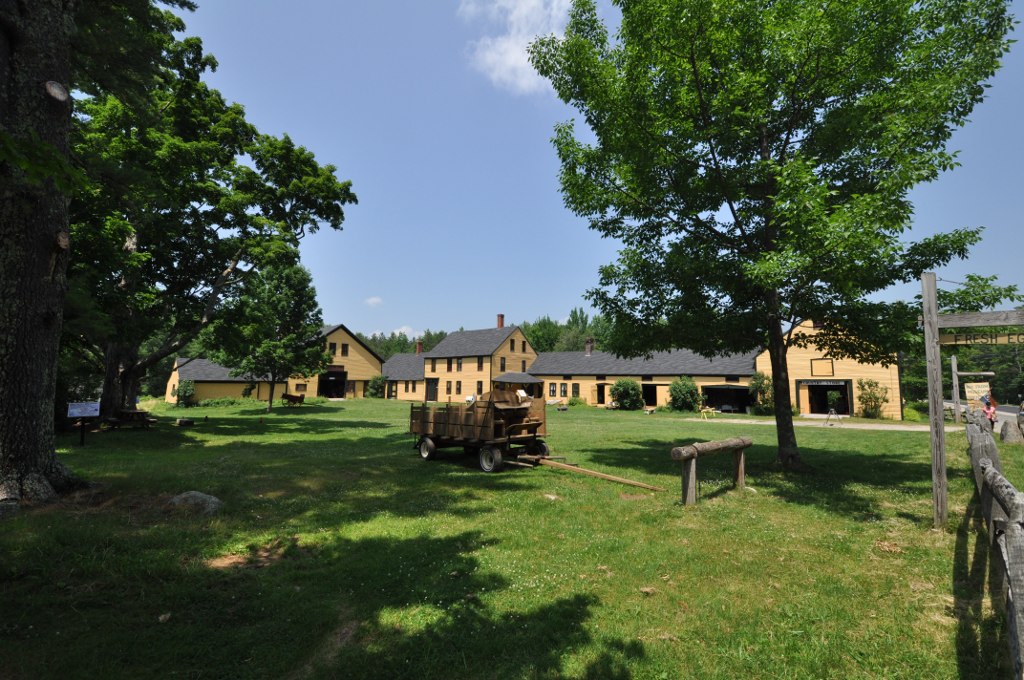 A vintage sleigh is taken for a test run during a New Hampshire winter. 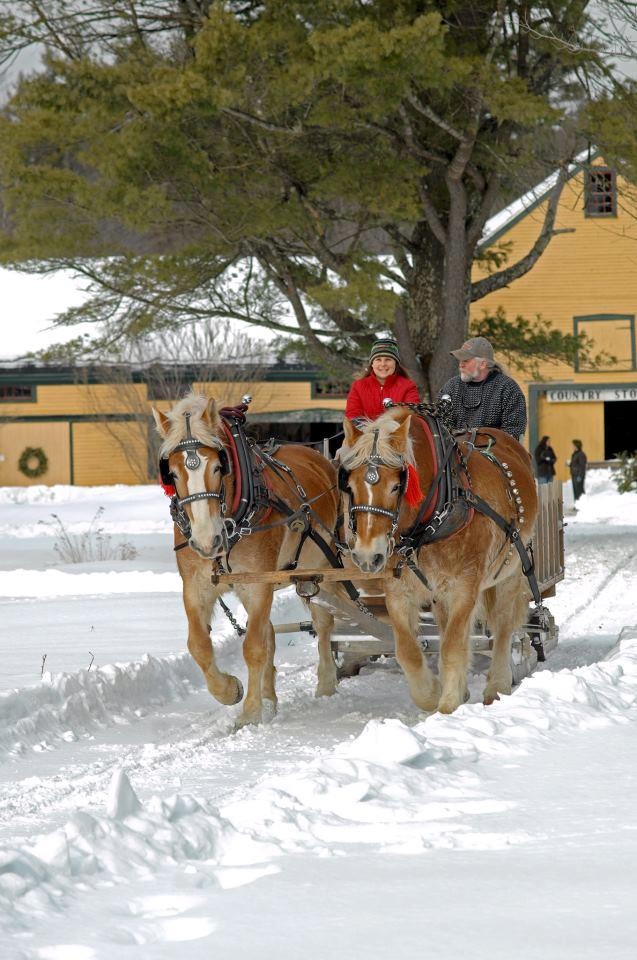 a working wood-burning stove within the farmhouse's kitchen. 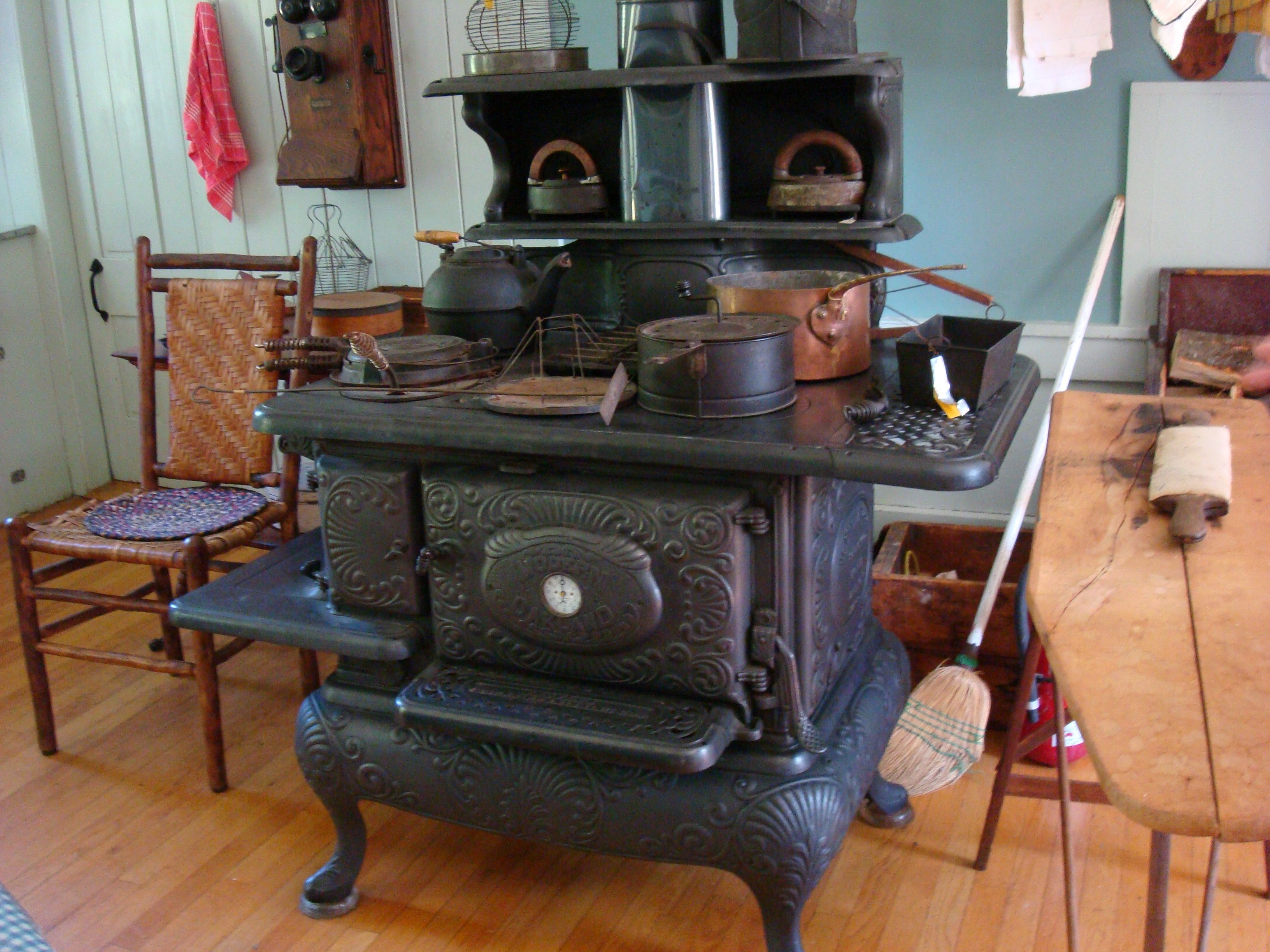 The view of the countryside from the Great Barn's hay loft. 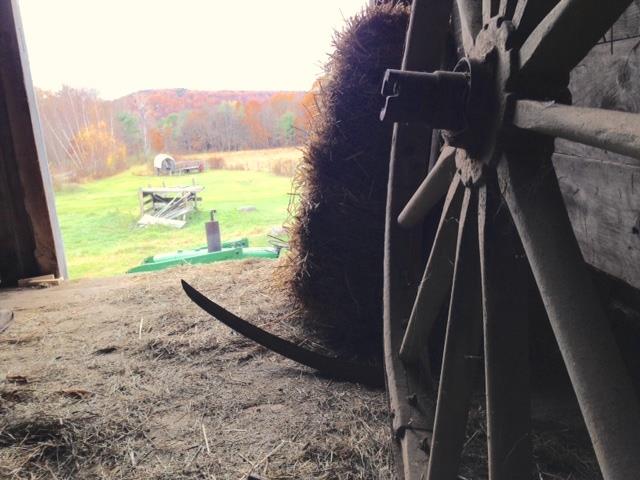 Visitor's explore one of the many antique wagons on the Farm Museum's property. 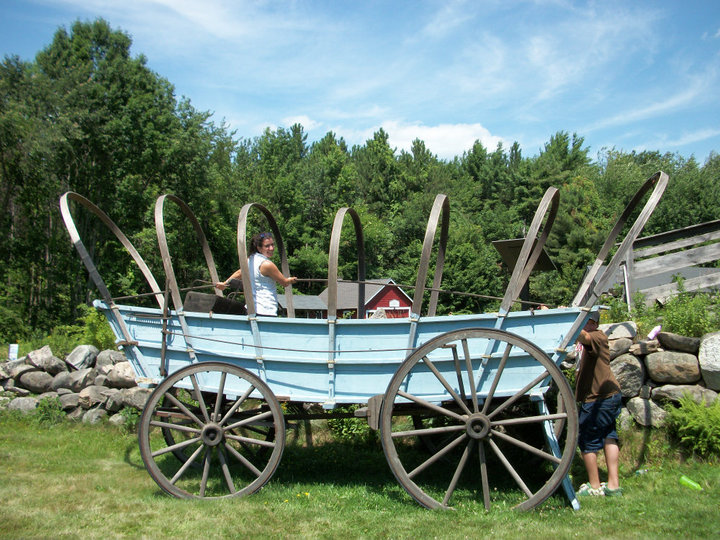 Two brothers, Joseph and Beard Plumer (later, Plummer) began purchasing land in what was then known as Rochester (now Milton) in the late 1770s. The brothers eventually established two separate farms adjacent to one another. Later known as the Jones and Plumer Farms, they would be worked by generations of family members for over two centuries. It is on the remnants of these two farms that the New Hampshire Farm Museum now sits. For in 1973, after the land served as a tree farm for twenty years, the Jones descendants donated 300 acres to the University of New Hampshire and the rest to the Society for the Preservation of New Hampshire Forests. In 1979, 50 acres, to include the primary farm buildings, was acquired by the New Hampshire Farm Museum.

The buildings that the Plumers and Joneses built over the course of several decades represent a wonderful example of New Hampshire domestic and farm architecture and reveal how it progressed and changed over time. Most of the buildings are connected or in close proximity to one another which gives visitors the unique opportunity to view the varied architecture from a single viewpoint. Since New Hampshire was one of the early colonies to incorporate a system of expansion based on a grid pattern, the farms provide a great example of how land was acquired in colonial and early America. This method of orderly expansion was later adopted by many other states and the federal government as the country expanded westward.

The earliest structure at the farm is the Jones Farmhouse and dates to c. 1782. It is open for guided tours during the summer months and each room has been decorated in different styles that represent different eras throughout its existence. The largest domestic building on the property is the 2.5 story former tavern that was built c. 1810. It allows visitors to experience what life was like from the perspective of an early 19th century traveler. It too is open for guided tours. Also at the museum are two 19th century barns. The smaller of the two was probably used to shelter the horses and carriages of visitors to the tavern as they travelled along the nearby road. The larger, or Great Barn, might have been moved to its current location in the late 19th century, and was used to shelter livestock and store farm equipment and up to 30 tons of hay. The Great Barn is now used as a traditional farm museum and houses centuries worth of farm implements, carriages and sleighs.

Today, the museum also contains a working farm on which patrons can interact with various livestock, to include cows, goats, rabbits, pigs, chickens and sheep. Visitors can also wander through the farms, open fields and walking trails. The museum also hosts numerous special events throughout the spring, summer, and fall, many of which include period actors and docents. It also sponsors numerous educational and youth programs. Recent programs have included: “Farms and Families at Work,” “Rural Life and Technology/Agricultural Evolution,” “Hands to Work Program for Pre-schoolers,” and “An Old-Fashioned Thanksgiving on the Farm.” Please call or visit their website for details regarding programs, tours, and operating hours.

5 days/week, Mid-June through Labor Day. Weekends in the spring and fall