The Nathanael Greene Statue in Greensboro, North Carolina was erected to commemorate the Revolutionary War General Nathanael Greene. He was instrumental in leading the American forces in the campaign for the South against the British. Fighting Lord Charles Cornwallis and his army at the Battle of Guilford Courthouse, Greene and his troops greatly damaged the British and helped to lead to their defeat several months later. Greene is the namesake of Greensboro, North Carolina. 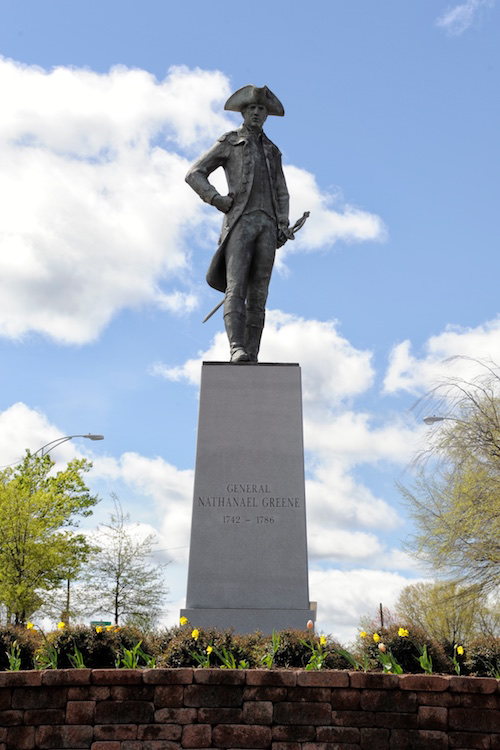 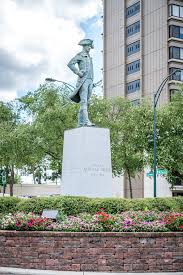 British Advance at the Battle 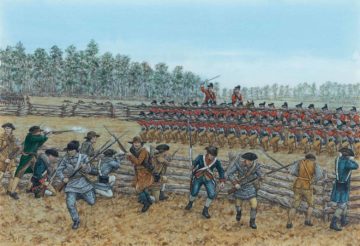 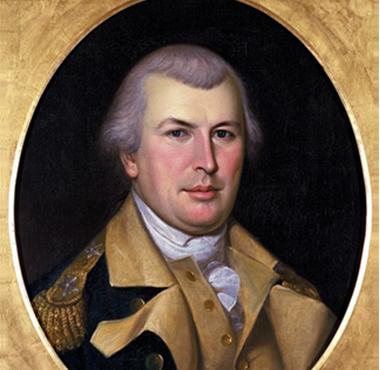 The Nathanael Greene Statue in Downtown Greensboro commemorates the American Revolutionary General Nathanael Greene, who led the American forces in the campaign for the South against the British Lord Charles Cornwallis. Greene led the American forces against the British, who had been fighting for control of the South for months against General Greene. They met at the Guilford Courthouse on March 15, 1781, with the battle lasting for less than three hours. Defending the area was Greene’s army of around 4,500 militia men and Continentals, and attacking was Cornwallis’ 1,900 British regulars, as well as some German allies.

After facing the threat of being totally defeated, Greene took his troops and withdrew 15 miles away to the Troublesome Ironworks. Cornwallis’ army did not pursue the Americans, because even though they had won in holding the field, they had suffered grave damages to their army, losing more than a quarter of his army as dead or wounded. General Greene, however, only lost six percent of his troops. Shortly after, Cornwallis then went further southeast to Wilmington, where he restocked and refit his men before heading back to Virginia after abandoning the Carolinas. Later he surrendered to George Washington in Yorktown, hastening the end of the Revolutionary War. Though the Americans did not win this battle, it did much damage to the British army. They were greatly weakened after the Guilford Battle, which enabled their loss in the campaign for the South as well as in the War at large.

The sculpture commemorating Nathanael Greene was dedicated March 26, 2008, which also was Greensboro’s bicentennial, something that the statue also signifies. The bronze statue was sculpted by James Barnhill and is twenty-two feet tall. It was sponsored by the Joseph M. Bryan Foundation, and sits in the center of the Greene and McGee Street traffic circle. On the pedestal of the statue, it is inscribed with “’in the very name Greene are / remembered all the virtues and talents / which can illustrate the patriot, the / statesman, and the military leader.’ / Marquis de LaFayette.”