Built in 1823 and fully operational by 1828, the Belknap Mill produced textile products until 1969. It is a wonderful example of a first phase New England textile mill and the oldest unaltered mill in the United States. It has gone through various owners but has remained largely intact while the town of Laconia grew up around it. It is currently owned and operated by the non-profit Belknap Mill Society. The four-story brick structure now serves the community as a cultural center, art gallery, concert hall, special event venue and museum. It has been listed on the National Register of Historic Places since 1971.

The Belknap Mill has stood at this location since 1823. 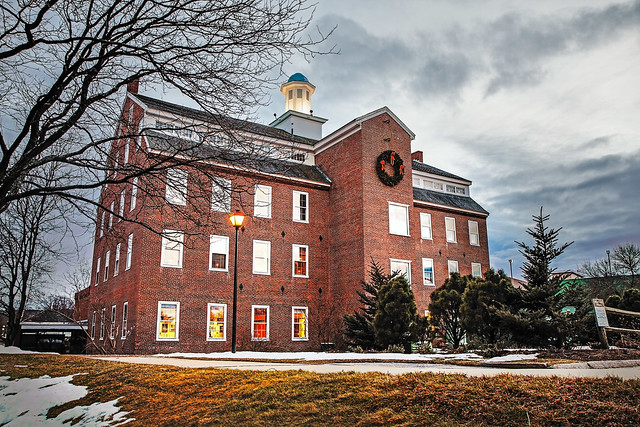 The mill with the Winnipesaukee River in the foreground. 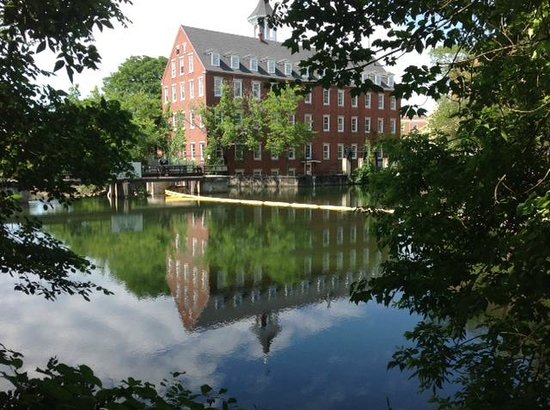 The banquet hall within the mill which is used for wedding receptions and other events. 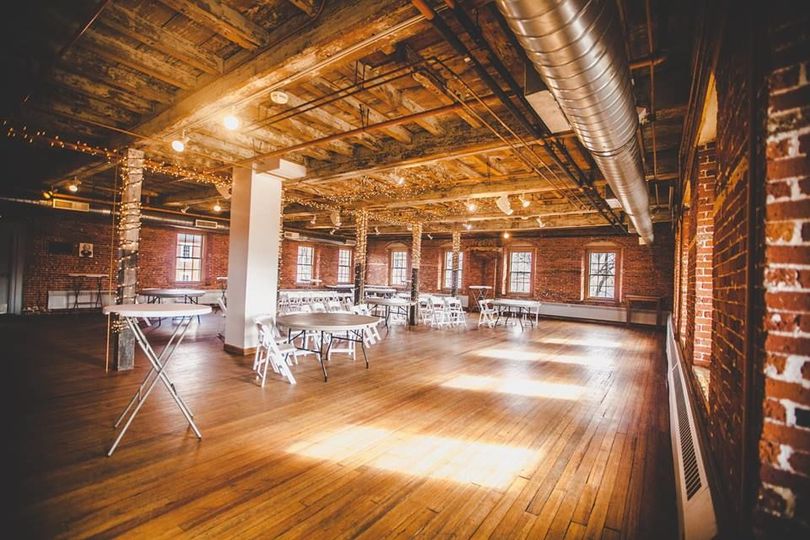 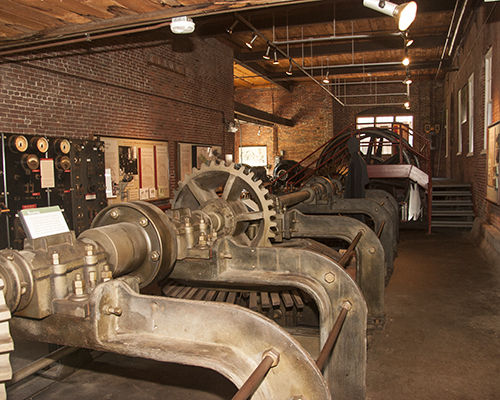 One of numerous hands-on exhibits in the Hosiery Museum. 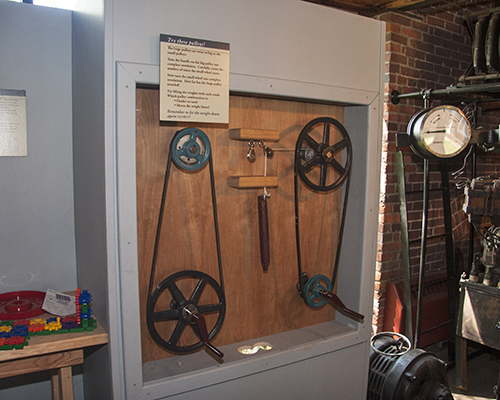 A mill built in 1811 by the Meredith Cotton and Woolen Manufacturing Company originally occupied the spot where the Belknap Mill now stands. The original mill burned to the ground in 1823 and the Belknap Mill, modeled on a mill in Waltham, Massachusetts and built by the Avery Factory Company, rose and replaced it. Powered by the Winnipesaukee River, the four-story brick mill featured thin chimneys at either end, a gable roof, and bell cupola that has since been reconstructed. Its interior was built with wooden, joisted floors. It was, and still is, a fine example of a small, rural New England Manufacturing building of the Rhode Island System design.

Belknap Mill, along with the Busiel Mill across the river, became the focal points around which the town of Meredith Bridge grew and eventually became Laconia. During the Civil War, the mill converted from weaving to knitting, one of the first in the country to do so. It utilized circular knitting machines to produce seamless hosiery and bags. By 1890, the Belknap Mill grew to include several associated buildings for spinning, dyeing and knitting, as well as a boiler room and machine shop. Those buildings were removed during the urban renewal projects of the late 1960s. Sometime around 1900 a three-turbine power plant was added to the rear of the mill.

Eventually, improved technology and cheaper labor elsewhere force the mill to cease operations in 1969. The next year, the Save the Mill Society was formed to do exactly what its name implied. Also in 1970, the society received a grant from the National Trust and hosted its first art exhibit in the former mill. In 1974, the Belknap Mill Society became the mill’s official owner and opened a museum in 1991.

Today, the former mill houses a gift shop, the Riverside [art] Gallery, special event space for wedding receptions and other gatherings, office space, and the Hosiery and Power House Museums. The museums provide hands-on exhibits, artifacts, and displays devoted to textile manufacturing and the workers who labored there. The Hosiery Museum still produces socks that are sold in the mill’s gift shop. The Power House Museum utilizes displays and exhibits to describe how the mill’s power sources changed over the years. Belknap Mill also offers numerous educational programs, art classes, play readings, a book club, an artist in residence program and numerous other special events. Please call or visit their website for event dates, times and details.