Samual Ivan Taylor was the very first man to enlist into the West Virginia State Police on July 24, 1919. Coming back from the first World War, Sam was recruited by Col. Jackson Arnold. From there Sam would go on to fight in the West Virginia coal wars, such as Blair Mountain and "Bloody Mingo." Following his service as a state trooper, sam would become the Barboursville Police Chief. Taylor would also become famous for his position as the head of the motorcycle highway patrol with both Barboursville and the State Police. Samual Taylor was also one of the first people to ever drive on Route 60 in Barboursville. 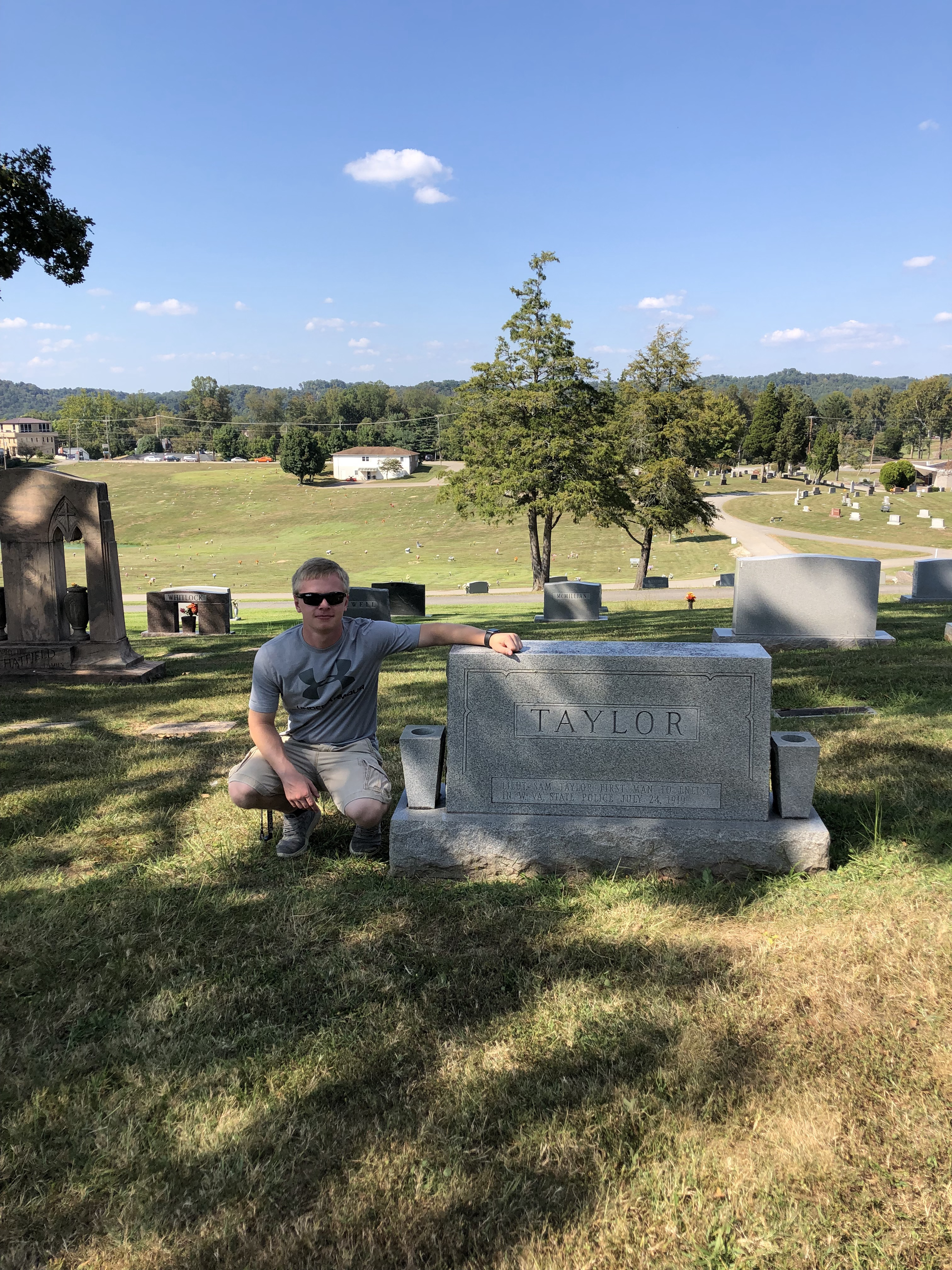 Samuel Ivan Taylor was the very first man to enlist into the West Virginia State Police on July 24, 1919. Samuel Taylor served in World War I as a private and on the train ride home to Wayne County when he met Col. Jackson Arnold who had been ordered by then West Virginia governor Cornwall to start recruiting. Samuel Taylor served in the mine wars in the coalfields of West Virginia. His most notable encounters include The Battle of Blair Mountain in 1921, which was one of the largest uprisings since the Civil War. Samuel Taylor was also present for the battle of “Bloody Mingo,” as well as a small battle at Lens Creek Mountain. Following the war, Taylor was later promoted to First Sergeant and became the Police Chief in Barboursville, West Virginia. Taylor was famous for his command of the Barboursville Motorcycle Detachment, he also rode a motorcycle as a state trooper.. When US Route 60 was built through the town of Barboursville Samual Taylor was one of the first men to ride the new strip of road.  Tragically, Samuel Taylor lost the lower half of his leg in a motorcycle accident that many fellow officers’ thought would kill him. Samuel Taylor never fully recovered from the injury, received his final promotion to a lieutenant in 1927. After his retirement from the police force, Samuel Taylor worked at the American Car and Foundry Division of ACF Industries in Huntington until his death in 1961.