Site of Old Fort Bliss and the Oñate Crossing

Historians believe that Spanish conquistador Juan de Oñate (1550-1626) and members of his expedition crossed the Rio Grande River near this location during an expedition that led to the colonization of what is now the American Southwest. The Spanish used a strategic pass (i.e. "el paso del norte") to travel northward through the mountains. In the early 1850s, Simeon Hart built a flour mill at this location. The federal government bought the property in 1871 and built Fort Bliss. Although technically this was the fourth location of Fort Bliss, this location is typically the one most associated with the fort owing to its longevity and physical size. Today, two large adobe buildings that were officer's quarters remain along with former enlisted barracks and other buildings. The other structure at the site is Simeon Hart's old home, which was once a restaurant called La Hacienda. Several buildings were redeveloped into apartments or other commercial purposes over the years. Together with private development and neglect, many of the buildings have been lost or altered. Beginning in 2017, however, local officials and the county government started a new process of preserving the remaining structures. The site was added to the National Register of Historic Places in 1972 and preservation efforts have been ongoing since that time with mixed degrees of success.

Simeon Hart poses with his children. 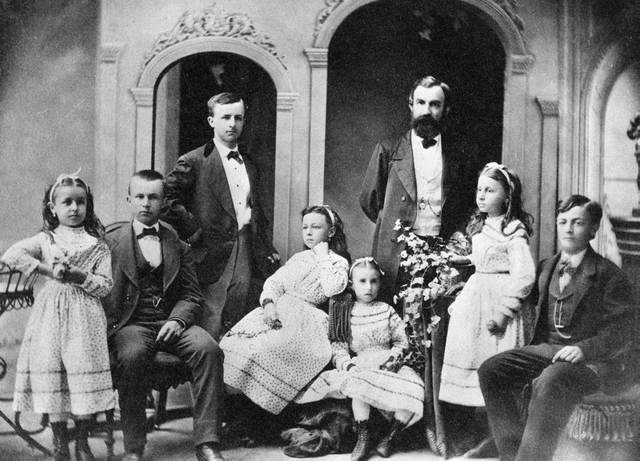 These former officers' quarters were built in the 1850s and later became apartments. 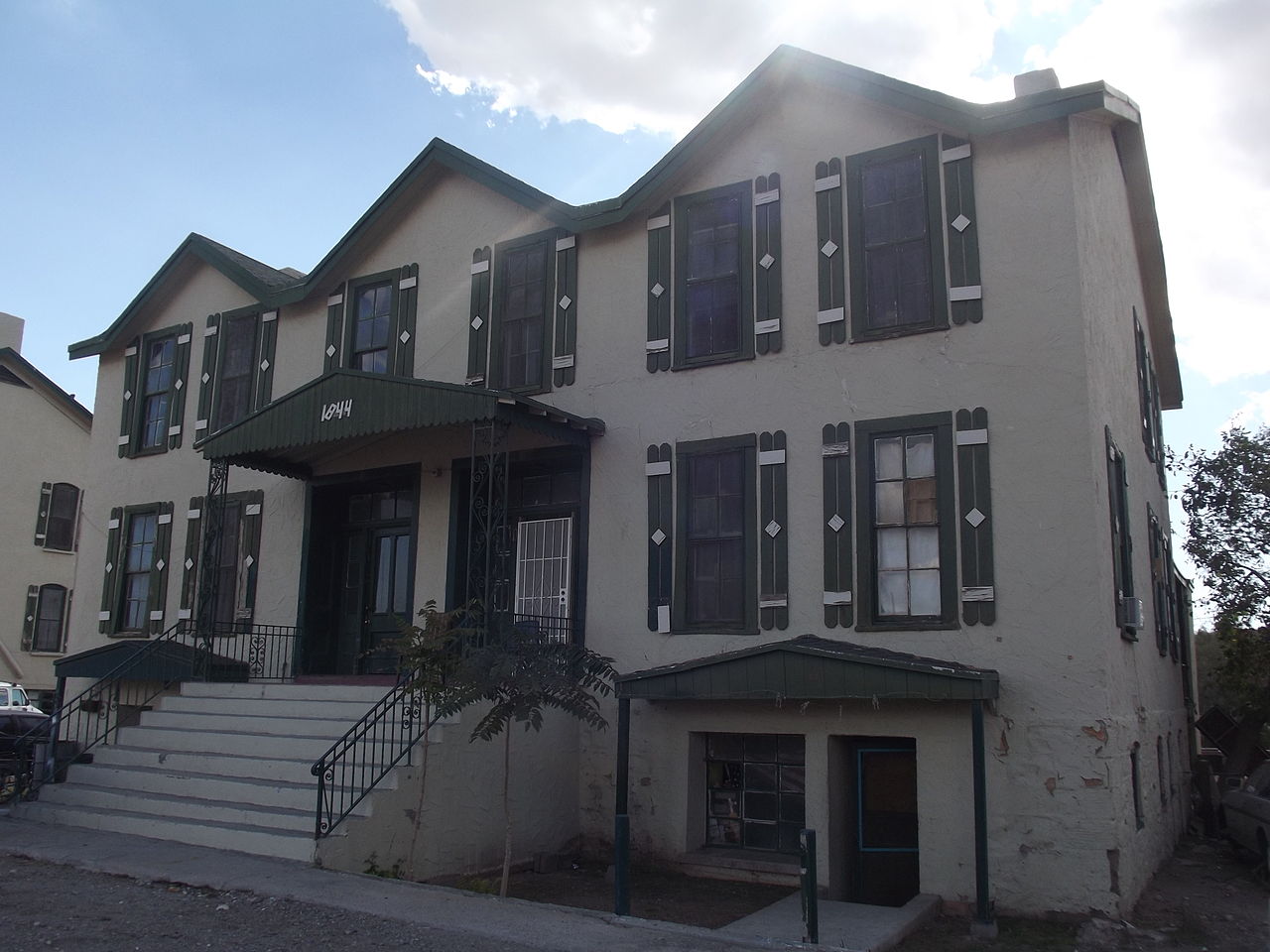 Juan de Oñate was born to a wealthy family in Zacatecas, Mexico that was known as New Spain at that time. His father, Cristóbal, was an explorer and a descendant of a noble family in Spain. His mother, Doña Catalina Salazar y de la Cadena, was also a descendant of a noble family. Oñate married the granddaughter of the famous conquistador Hernan Cortés. When he was a boy, Oñate, would often join his father on raids against Indians. Later as an adult, he lead raids and also joined the army. Sadly, his wife died early in their marriage, which may have prompted him to explore and become governor of the territory of New Mexico.

Another motivation to explore the region was to search for the so-called "lost cities of gold." He proposed the idea in 1595 and finally set out, with a large contingent comprised of 200 soldiers (many brought their families), along with animals, food and supplies. The Spanish crown granted him the title of governor of the lands he explored, a salary, the right to distribute land, and the permission to tax and demand labor from Indians (this was called the encomienda system). The expedition was so large that it stretched four miles long. Three months and 700 miles later (and traversing deserts), the expedition reached the Rio Grande River in April 1598.

They continued north to what is now northern New Mexico where they encountered the Pueblo Indians. Oñate established a colony, under the encomienda system, at the San Juan Pueblo in July. Relations with the Indians soured as the Spanish demanded too much food and supplies from the Indians. The Indians at the Acoma Pueblo rose up against the Spanish but Oñate violently put it down. His men killed around 800 Indians, including women and children. They enslaved many survivors and cut hands and feet of others. This incident became known as the Acoma Massacre. In 1606, King Phillip III ordered Oñate to Mexico City where, two years later, he was charged with using excessive force during the massacre. He was banished from New Mexico and ordered to stay out of Mexico City for four years. He made his way back to Spain, where he lived the rest of his life.

The U.S. Army originally established Fort Bliss in 1848 to secure American authority in the region and protect against Indian raids. The fort was named after Colonel William Wallace S. Bliss, who served in the Mexican American War (1846-1848). Over the years, the U.S. Army moved the fort to a few locations, including here in 1878. The soldiers stationed at the fort participated in some of the last campaigns against Indians in the Southwest, including the the campaign against Apache leader Geronimo (1829-1886). The Army moved the fort to its current location five miles to the north in 1893. By that time, the fort at the Hart's Mill location became too small.

It is unclear but it seems that Simeon and his wife continued to live in the house during the Army's occupation. After they died, several of Hart's family members lived in the house for the next several decades. Apparently, Simeon and his wife are buried somewhere on the property. Other family members' remains were moved to a cemetery in 1936. The restaurant opened in 1940 and operated for quite some time.