The inside of the theater is a replica of Shakespeare's original theater in England. 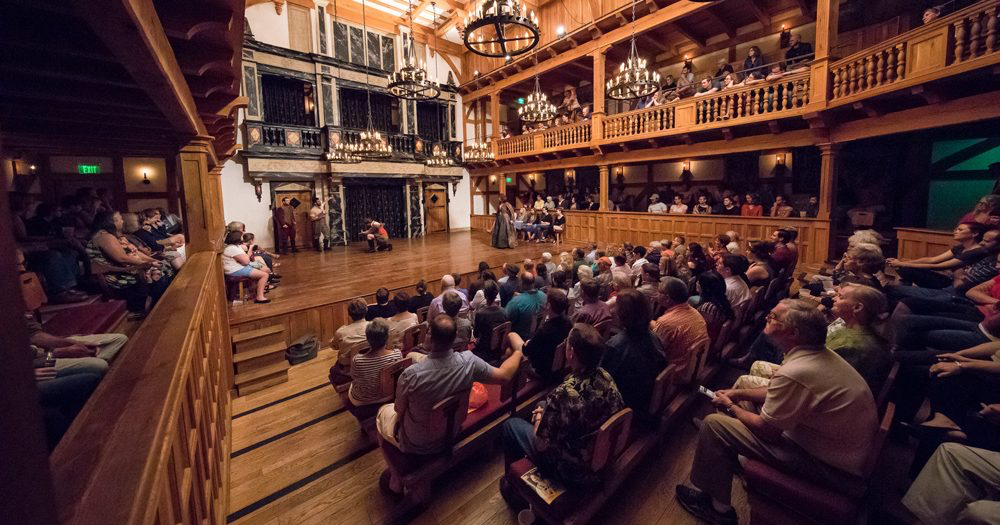 The building that houses the Blackfriars Playhouse was dedicated in 2001. 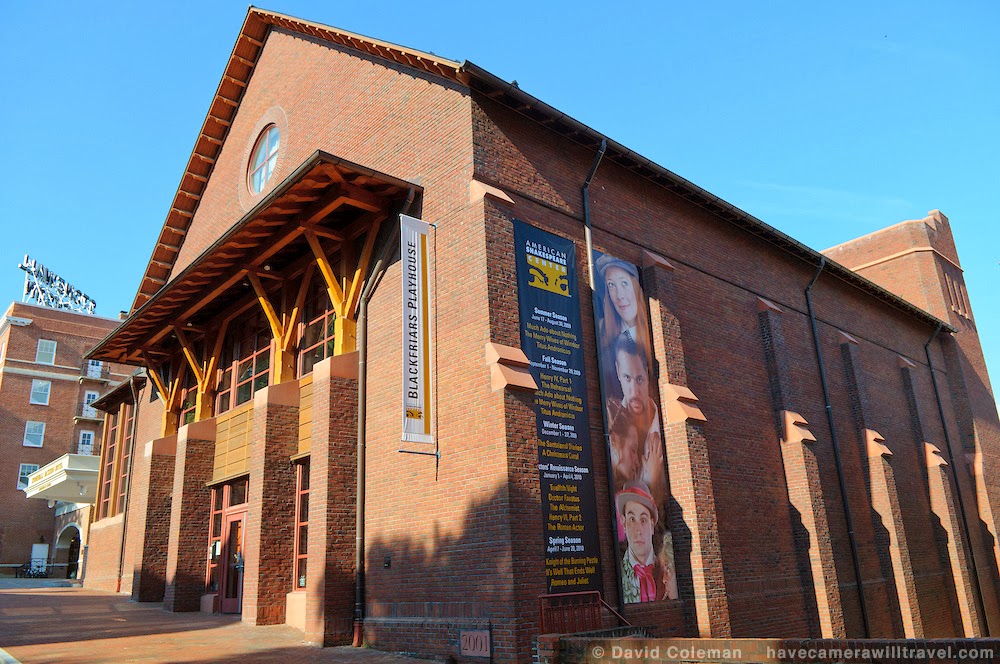 Audience's are encouraged and made to feel a part of the production by keeping stage and audience lighting the same.

Shakespeare's Blackfriars Theater was originally a 13th-century monastery. Built on Blackfriars Monastery in London, the theater was the first indoor theater in England. Dissolved by Henry VIII in 1538 after the removal of the Catholic church from England, the monastery and its garden were sold to private investors. In 1596, it was purchased by James Burbage and turned into the Playhouse. In 1608, Shakespeare's company began performing in the indoor theatre. The original Blackfriars Playhouse burned down in the 1666 Great Fire of London.

The Blackfriars Playhouse in Staunton, Virginia was dedicated in 2001. It is the world's only re-creation of Shakespeare's indoor theater, Blackfriars Playhouse. It was designed by Tom McLaughlin with advising from Andrew Gurr, Shakespeare's Glove Director of Research, and C. Water Hodges, illustrator of the Globe. The project cost a total of $3.7 million. Thanks to documentary evidence of the original Blackfriars, McLaughlin was able to determine the specific details of the major architecture including the Tudor structures and Westminster Hall. McLaughlin was even able to make the lighting historically accurate, with both the audience and actors sharing the same natural light source.

In addition to the stunning architecture, the performances bring Shakespeare's plays to life. Actors engage with the audience and make audience members feel like a part of the show, just as it happened in Elizabethan England. Staging is kept simple, with only one or two pieces of furniture on stage. There are no set designs or backdrops to keep the audience's minds focused on the story being told.

Today, the Blackfriars Playhouse is known as "one of the most historically important theaters in the world." The sets, staging, and lighting have all been researched and are historically accurate. Each year, the theater produces up to fourteen productions over five seasons featuring at least three distinct companies of actors. Tours of the theater are available to go behind the scenes and learn more about the theater. Tours start in the box office lobby and are available Monday-Friday at 2 pm and Saturdays at 11 am.