The Powning Veterans Memorial Park is a small memorial park located in downtown Reno. It features a military flag display with the bell from the USS Reno; a memorial dedicated to the fallen soldiers of the War on Terror; a statue of Major General Jesse Lee Reno (for whom the city is named); and a historical marker about a memorial water fountain dedicated to the Nevada First Cavalry Volunteers who fought in the Spanish-American War (1898-1899). The park is named after a prominent Reno figure C.C. Powning, who was the publisher of the Nevada State Journal in the last quarter of the 19th century.

This historical marker provides a historical overview of the memorial fountain. 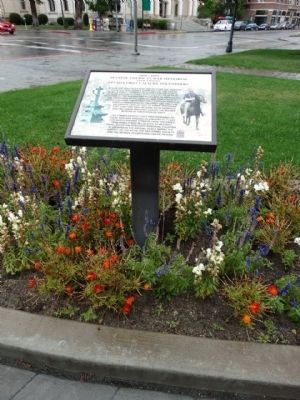 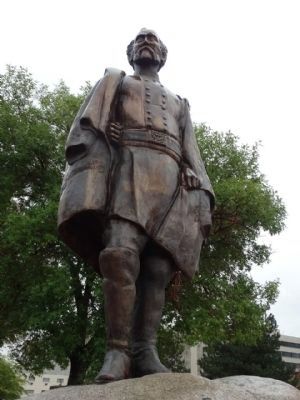 The memorial fountain is on display in the Amtrak station. 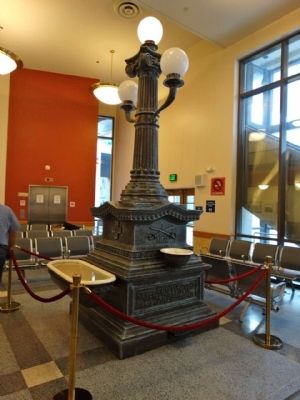 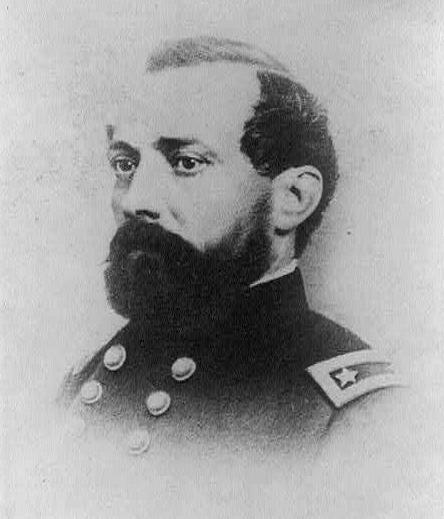 Major General Jesse Lee Reno was a career military officer who served in the Mexican-American War, the Utah War (1857-1858; fought between the federal government and Mormon settlers), and the Civil War. Reno often fought alongside his troops, and was considered a "soldier's soldier" among his men. He was killed during the Battle of South Mountain, which is near Boonsboro, Maryland, on September 14, 1862. The city is named in his honor. The statue was installed in 2012.

In 1908, a large, fourteen-foot water fountain memorial dedicated to the Nevada First Calvary, which fought in the Spanish-American War, was once located on Plaza and North Virginia Streets. The Reno Red Cross Society and the Women's Christian Temperance Union donated the fountain to the city. The fountain is now located in the Reno Amtrak station.

The USS Reno was an anti-aircraft light cruiser built in 1942 and the first warship named after the city of Reno. It served in the Pacific Theater of World War II, participating in the Battle of the Philippine Sea, the Battle of Leyte Gulf, and other confrontations with the Japanese Navy. In early November, 1944, the Japanese torpedoed it but it remained afloat as it was protected by a destroyer. The USS Reno was then towed to an American base, repaired, and sailed on its own power to Charleston, South Carolina. It underwent more repairs and was then tasked with transporting U.S. troops home before finally being decommissioned in November 1946.