Constructed from 1914 to 1915, the old Bristol Virginia High School building offers a window into understanding the history of the region and public education in this part of Appalachia. The building serves as a high school for many decades before the 1950s when it was converted to a middle school following the construction of a new high school in Bristol in 1954. The building has always been utilized as a public school and was only open to white students prior to the gradual integration of schools following the 1954 Supreme court decision in Brown vs. Board. Like many high schools, the building has also hosted public meetings and served as the meeting place for organizations from the local civic league, to the Red Cross and Bible schools. The school was also the meeting place for regular defense-related classes during World War II. In 1924, the Ku Klux Klan held two public meetings in the school’s auditorium. Twenty-one years later, the National Negro Business League and other African American organizations began using the school for meetings starting in 1945. 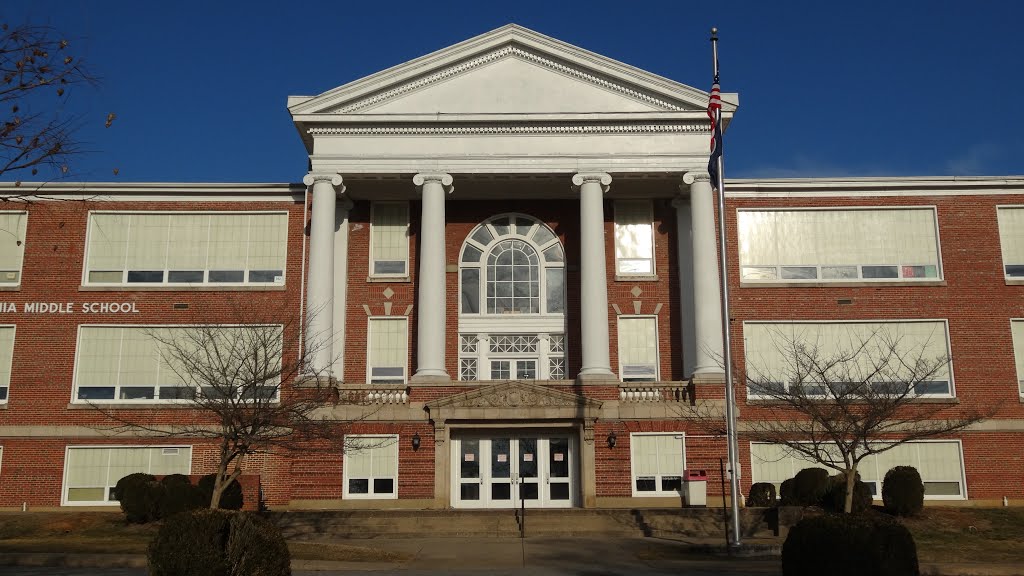 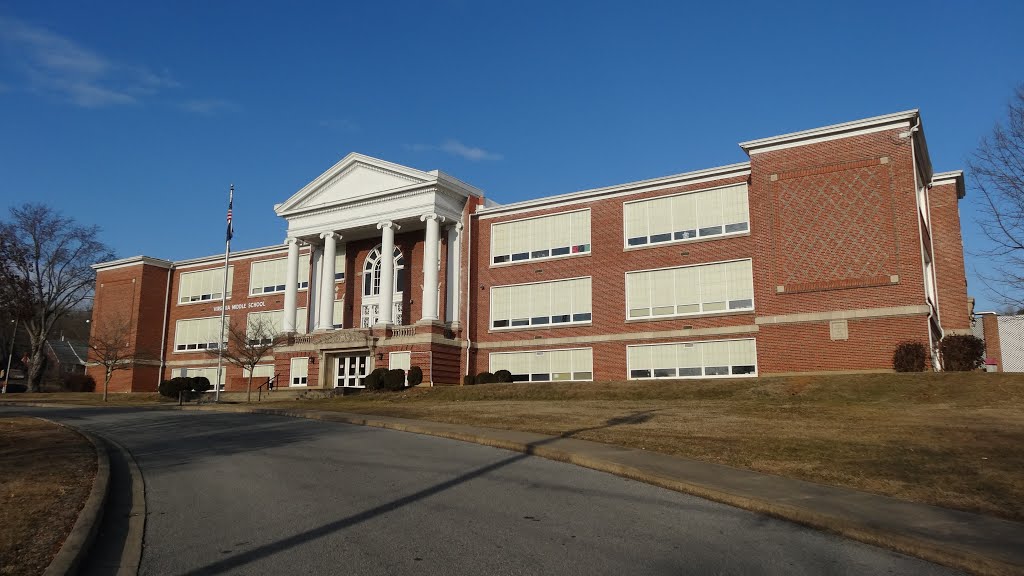 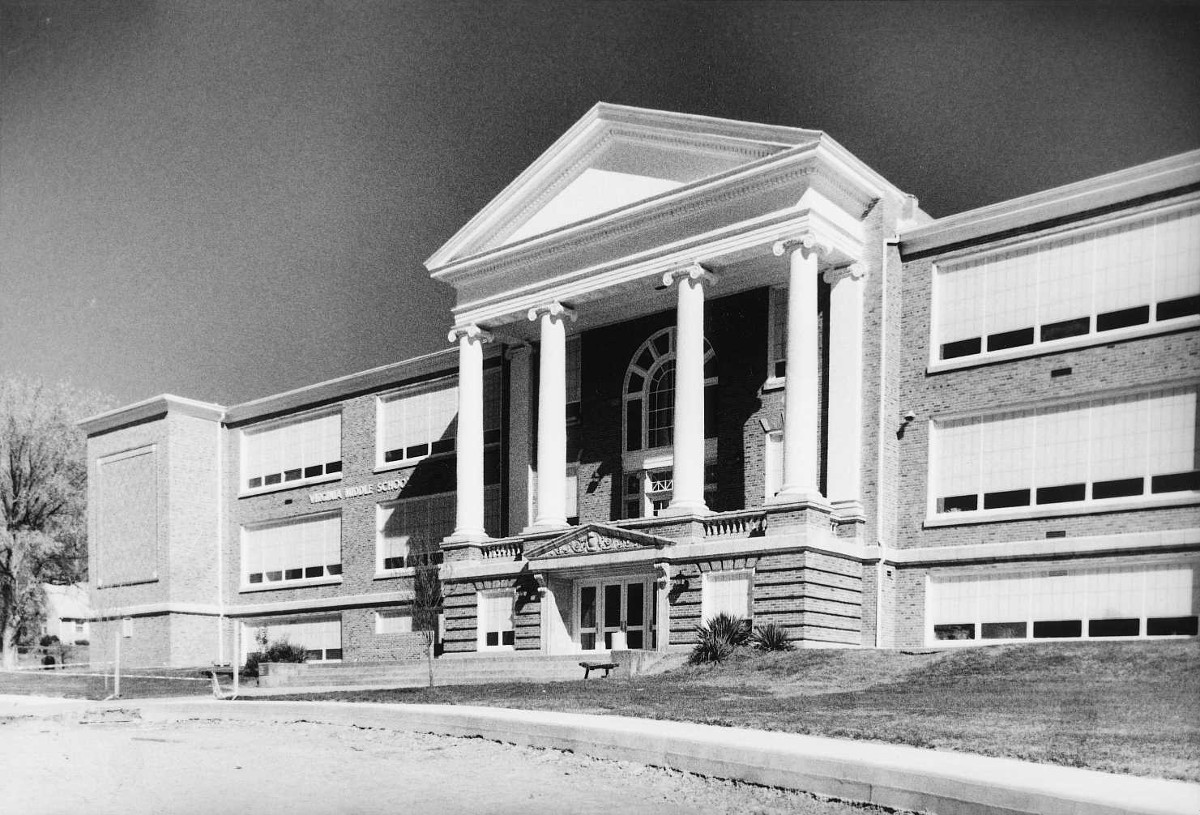 Though the school’s construction was not underway until 1914, with classes starting in the fall of 1915 and minor construction work not completed until around 1917, its origins can actually be traced back to 1912 or 1913. Around this time, as Bristol’s population continued growing to over 6,000 residents by the mid-1910s, the Bristol school board appointed a committee to work with city council to build and establish a new high school in the city. School superintendent F.B. Fitzpatrick made clear his desires for the school to be a combined grammar and high school, as he felt Bristol’s population was still too small to warrant two additional schools. During its years as Virginia High School, the school served white students in the city from grades five and up.

After working for months to secure funding for the construction of the school, the city began building the school in 1914. While the site for the building was initially planned to be by Mary Street, near another already-extant local school, the Bristol school board voted to establish the school on the corner of Piedmont and Euclid Avenues, where it remains today. This decision was made because the Mary school was determined to be located too close to rail yards for young children.

Following the decision to build the school on Piedmont Avenue rather than Mary Street, a local architect was chosen to design the school. Clarence B. Kearfott was a curious choice as the school’s designer, as he was also one of the most prominent voices speaking out against the school board’s decision to not build the school on Mary Street. Of the current location, Kearfott is quoted as saying: “Way out on the edge of town! Nobody lives out that way! Too far for the children to walk!” 1 Nevertheless, the project continued, with Kearfott its principal architect. Notably, Kearfott and other locals who expressed concerns regarding the school’s decided location were soon proven mostly correct. Concerned locals had predicted that the location of the new school, on a hillside away from Bristol’s commercial and industrial hub, would be overtaken by upper middle class residential development, as it subsequently was, including, even, a home built on Euclid Avenue near the school by Kearfott himself.

Once the first semester was underway in the fall of 1915, the site of the school and the new building quickly became a hub for public community activities and meetings. Reports from old school yearbooks reveal that various activities were commonly held at the school, including activities like “Nite of Fun,” fashion shows, gymnastic performances, and musical performances. Groups like the local civic league, various music clubs, the Red Cross, and local Protestant and Catholic bible schools also utilized the site for various meetings and events. In 1924, the Ku Klux Klan held at least two recorded meetings in the school. During World War II, the site was utilized for defense-related classes regularly, and, in 1945, the National Negro Business League became the first of several African American organizations to utilize the building for meetings.

In 1940, some of the first significant reconstruction plans to the building were made. However, because of World War II, construction was halted until 1947. In 1947, a new gym and wing with four additional classrooms were built onto the school. These new additions were also designed by Kearfott. While these additions helped to combat the growing overpopulation problem throughout the Bristol school system and the high school, by the mid-1950s, more additions were necessary. By this time, much of the overpopulation problem throughout Bristol schools can likely be attributed to general population increases represented by the Baby Boom generation.

In 1954, a new Virginia High School was constructed less than a mile away from the already-extant school. The new building was strategically located slightly closer to the city’s rapidly growing northern neighborhoods. It was around this time when the old Virginia High School building was converted into a middle school, as it remains today. During the 1960s, integration began to spread throughout the Bristol school system. Through the 1980s and 1990s, the school was remodeled and modernized significantly, including, even, the name change to Virginia Middle School in the early ‘90s. In 1996, another significant addition, representing a Post Modern style architecture, was constructed onto the school.