Built in 1900 by volunteers from the local Socialist Labor Party, the Socialist Labor Party Hall served the political, economic, union and social needs of Barre’s largely Italian working class for 36 years. The simple, red brick structure contained offices, classrooms, a large meeting hall and a basement cooperative store that raised funds for various unions and humanitarian causes as well as provided for those in need within the local community. However, the co-op store and hall itself were unable to withstand the combined forces of a devastating flood in 1927 and the Great Depression. Both were defunct by 1936. The hall now serves as the home to the Barre Historical Society which purchased the building in 1995. It was designated a National Historic Landmark in 2000. 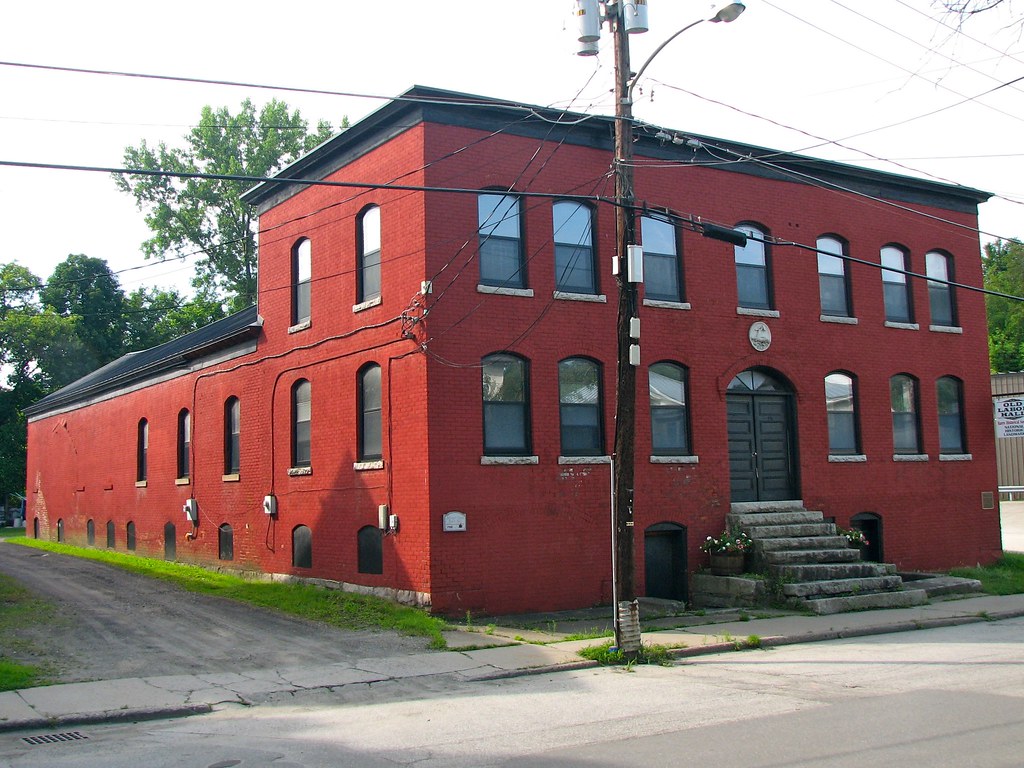 This sculpture, by Italian artist, Egdio Dunghi, has graced the entrance to the hall since its construction. 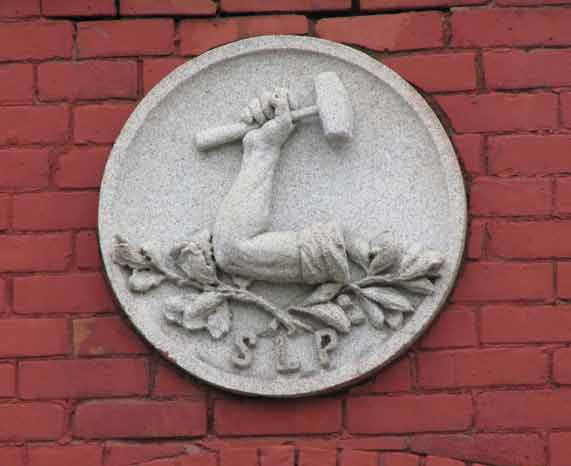 The Barre bakery building has been fully restored and is now home to a wood-fired bakery called Rise Up. 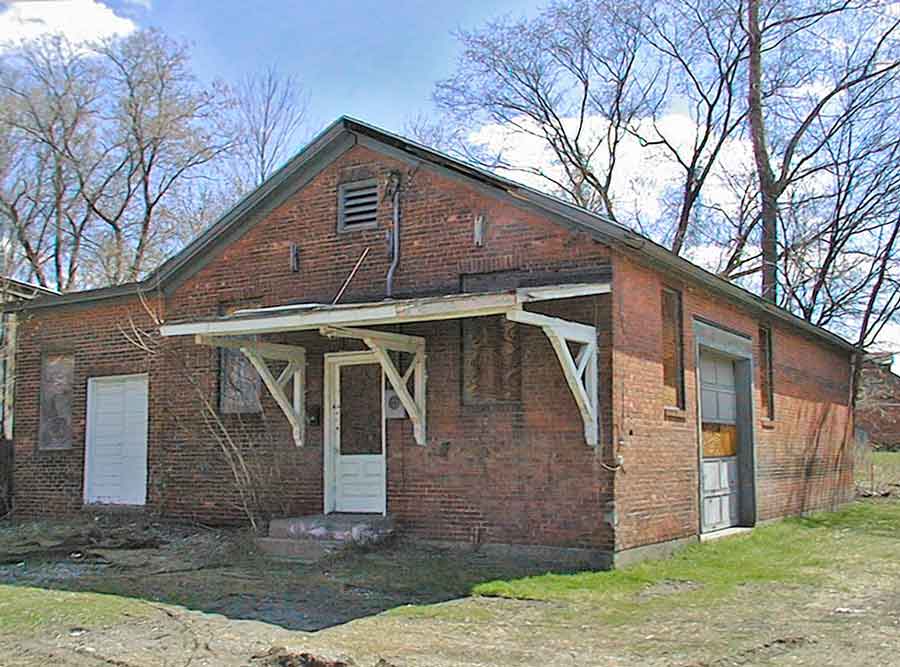 Members of Barre's Italian community gather for a photo during the 1906 Primo Maggio (May Day) celebrations at the hall. 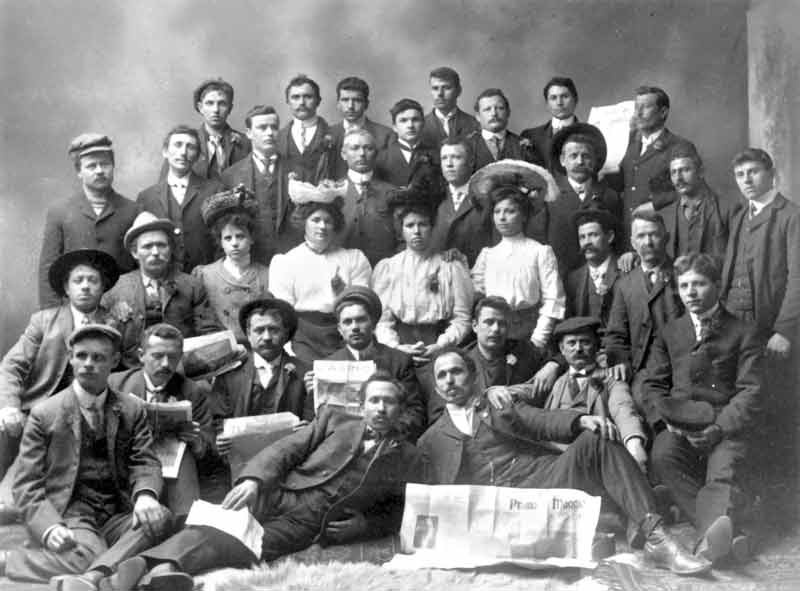 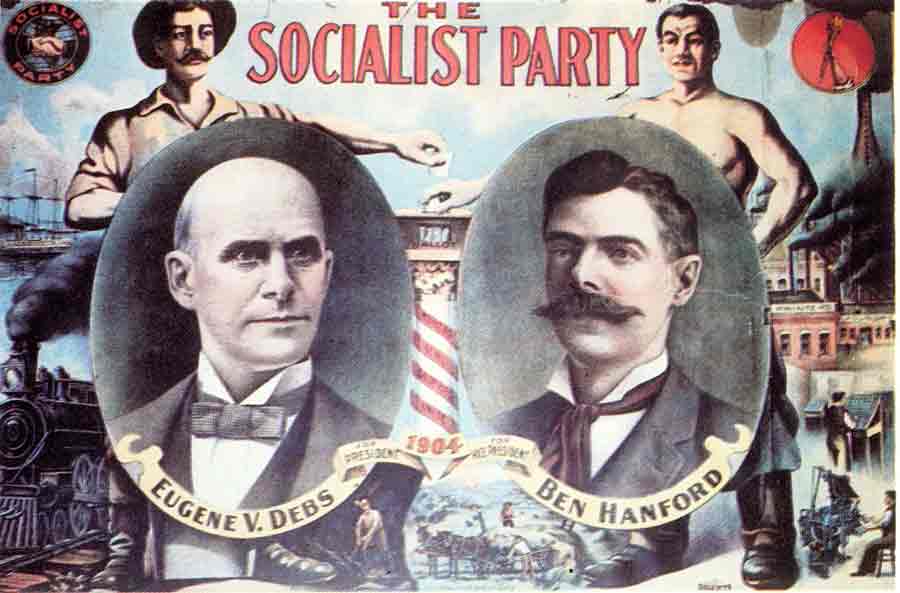 During the mid to late 19th century, Barre became known as the “Granite Capital of the World” due largely to the presence of copious amounts of granite in the region, of course, but also due to the Italian artisans and laborers who arrived to the area. These Italian immigrants brought their leftist political ideas with them, along with there masonry skills. Most of these stone cutters, sculptors, and quarrymen joined the Socialist Labor Party (SLP) and the Granite Cutters Union, which was one of the first unions in the American Federation of Labor when it formed in 1886.

The union and party members formed Social Club #2 and set out to build a social and union hall as the 19th century turned into the 20th. The result was the Socialist Labor Party Hall which is the only known hall to have been built by volunteers of the SLP. The hall was divided into three sections: its two-story front section that housed offices, classrooms and a second floor meeting and performance hall with a curved stage; a main, single-story meeting hall; and its large basement which became home to the hall’s cooperative store which sold groceries and other staples to the community. The basement was also home to a bakery, laundry and butcher shop. As the demand for baked goods increased and because the basement flooded on a regular basis, a separate bakery was constructed behind the hall in 1913. That building has been fully restored and now houses Rise Up Bakery.

The hall quickly became a meeting center for, not only the local unions and SLP, but also for the community at large. Although, unions and the SLP were its primary occupants over the years. It served the growing labor movement of not only the Barre area, but within all New England. It became the venue for mass rallies, fundraisers, union contract and strike votes, and SLP political meetings. It is believed that many leaders of the labor movement spoke at the hall to include Eugene Debs, Samuel Gompers, “Mother” Mary Jones, “Big Bill” Haywood, and “The Red Flame” Anne Burlak. The hall was also used to raise funds for strikes throughout the country, to include the 1912 Bread and Roses textile strike in Lawrence, Massachusetts, during which members of local unions took in children from the Lawrence strikers.

The hall could not withstand the flood of 1927 and declining union membership during the Great Depression and it came to serve as a food warehouse and distribution center for 60 years. The Barre Historical Society purchased the hall and bakery building in 1995 and restored both with the hall re-opening in 2000. It now houses the historical society offices and is available for rental. It also hosts various special events such as concerts, lectures, and annual May Day and Labor Day celebrations. Please call or visit the Barre Historical Society’s website for event calendar and details.

Please call or visit website for events and hours.