Well before brownstones took over Brooklyn, William B. Cronyn built a free-standing French Second Empire home in what would become Park Slope. The home was built between 1856 and 1857. A unique structure in Park Slope, the Cronyn House is a three-story building with a mansard roof. The home is listed on the National Register of Historic Places. 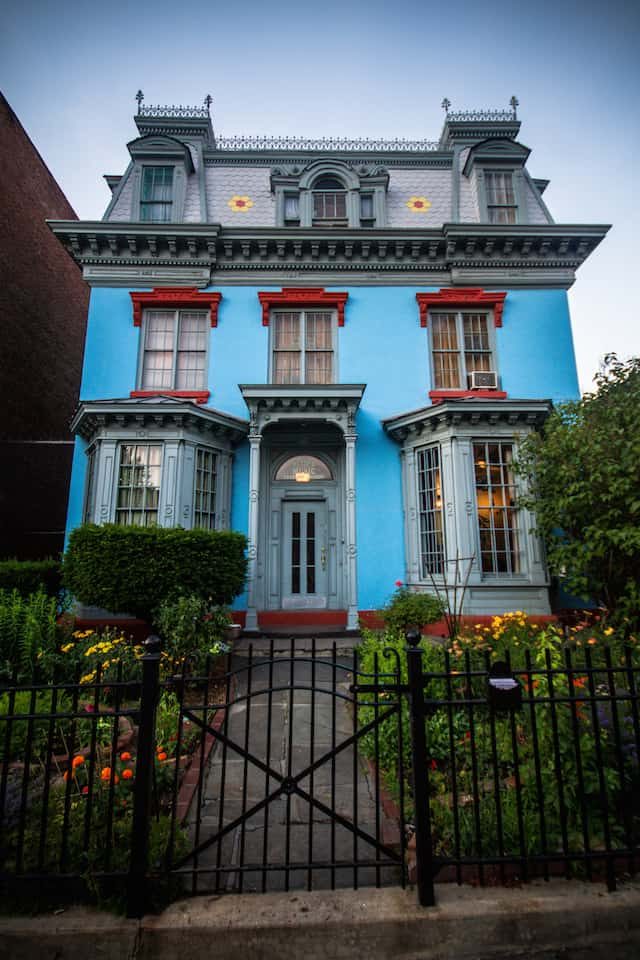 Long before Park Slope became the desirable and prohibitively expensive neighborhood that it is today, it consisted largely of farmland. In 1854, William B. Cronyn, a successful Wall Street merchant, purchased four of the lots and began building his imposing home two years later. The three-story home is a classic example of the Second French Empire style and features a slanted mansard roof, ornamental iron cresting, and a central half-story cupola.

The home remained in the Cronyn family until it was sold in 1862. By that time, the neighborhood now known as Park Slope was becoming more developed and a number of successful businessmen were moving into the area. In 1898, Charles Higgins purchased the Cronyn home and made it the headquarters of the Higgins American India Ink factory. The factory occupied the building until the mid-twentieth century.

In 1981, Charles and Vita Sibirsky purchased the home. The Sibirskys were simply looking for an affordable place to raise their children, and Park Slope was not yet overpriced. Both musicians, the Sibirskys began teaching music lessons in the home, and currently operate Slope Music, a Brooklyn institution, in the home.

The home, distinctive not only because of its architectural style but its baby blue exterior, is easily recognizable in Park Slope. The home is a New York City Landmark and is listed on the National Register of Historic Places.

Iannone , Sarah . 6 Old-school Park Slope Businesses that Have Been in the Neighborhood Way Longer Than You, Brokelyn. April 14th 2017. Accessed August 24th 2019. https://brokelyn.com/old-school-park-slope-businesses/.

Start at a former public bathhouse (now a gym) on Union Ave. and walk through the Gowanus and Park Slope neighborhoods to historical industrial & residential buildings, a Revolutionary War museum & site, a political activism archive, and a 19th-century school building.