Andersonville National Historic Site preserves the history of one of the most tragic aspects of the Civil War - the appalling conditions inside military prisons of war that resulted in thousands of men dying of disease and starvation. of deaths. Visitors can gain a sense of the scale of the tragedy of the prison camp that became increasingly overcrowded as the war went on by walking the perimeter of the cemetery. The area also offers an interpretive museum and multiple markers that helps to explain how this prison became the site of so much suffering. 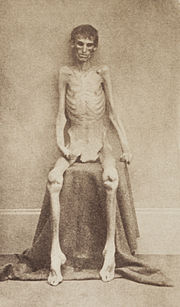 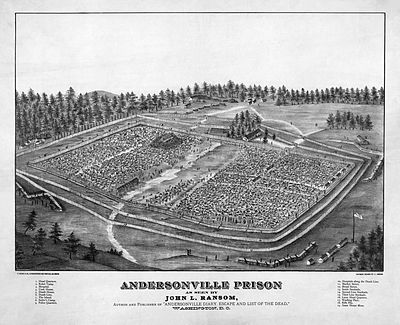 Andersonville Prison Camp was originally known as Camp Sumter and it opened about eighteen months prior to the end of the American Civil War. The prison was intended to house up to 10,000 men but due to the scale of the war in the final years and a lack of resources devoted to caring for prisoners by leaders of the Confederate government, Andersonville held over 32,000 men. The number of prisoners located here contributed to the deplorable conditions the prisoners suffered that included contaminated water, reduced food rations, and unsanitary living conditions.

During its operation around 45,000 men were sent to Andersonville and more than 13,000 of them died due to the horrible conditions at the prison. At one point the conditions at Andersonville where so poor that in July of 1864 Henry Wire paroled five Union Soldiers to give a petition signed by the majority of Andersonville prisoners asking the Union to reinstate prisoner exchange. The request was denied, and the Union soldiers returned to report this to their fellow inmates.

The horrors of Andersonville prison ended when it was captured by the Union in May 1865 and Henry Wire was executed. Many of the former prisoners testified on the conditions at the prison. After testifying Henry Wire was found Guilty and hanged for war crimes. Henry Wire was the only Confederate officer charged with and found guilty of wars crimes during the Civil War.

The suffering from this prison factored into shaping the public's opinion in the North regarding the South. Red Cross Founder, Clara Barton, accompanied by Dorence Atwater, visited the Andersonville camp to record the number of people that died and identify each body. Dorence Atwater had been a former prisoner in the camp. To their surprise, only 460 bodies were labeled with a marker saying “Unknown U.S. Soldier.”