Built in 1868, College Hall stands as one of Montpelier's most recognizable landmarks, partly due to its location atop Seminary Hill, which overlooks the city. The building, built on land that once included hospitals that served Civil War Soldiers, first operated as a seminary for the Vermont Methodist Conference. College Hall has been used to house educational institutions ever since it opened. In 1936, the Vermont Junior College (later reorganized as Vermont College in 1958) took over the space, and then later merged with Norwich University in 1972. Today, the building is home to the Vermont College of Fine Arts (established in 2008).

College Hall in Montpelier (Built in 1872 and now how to the Vermont College of Fine Arts). 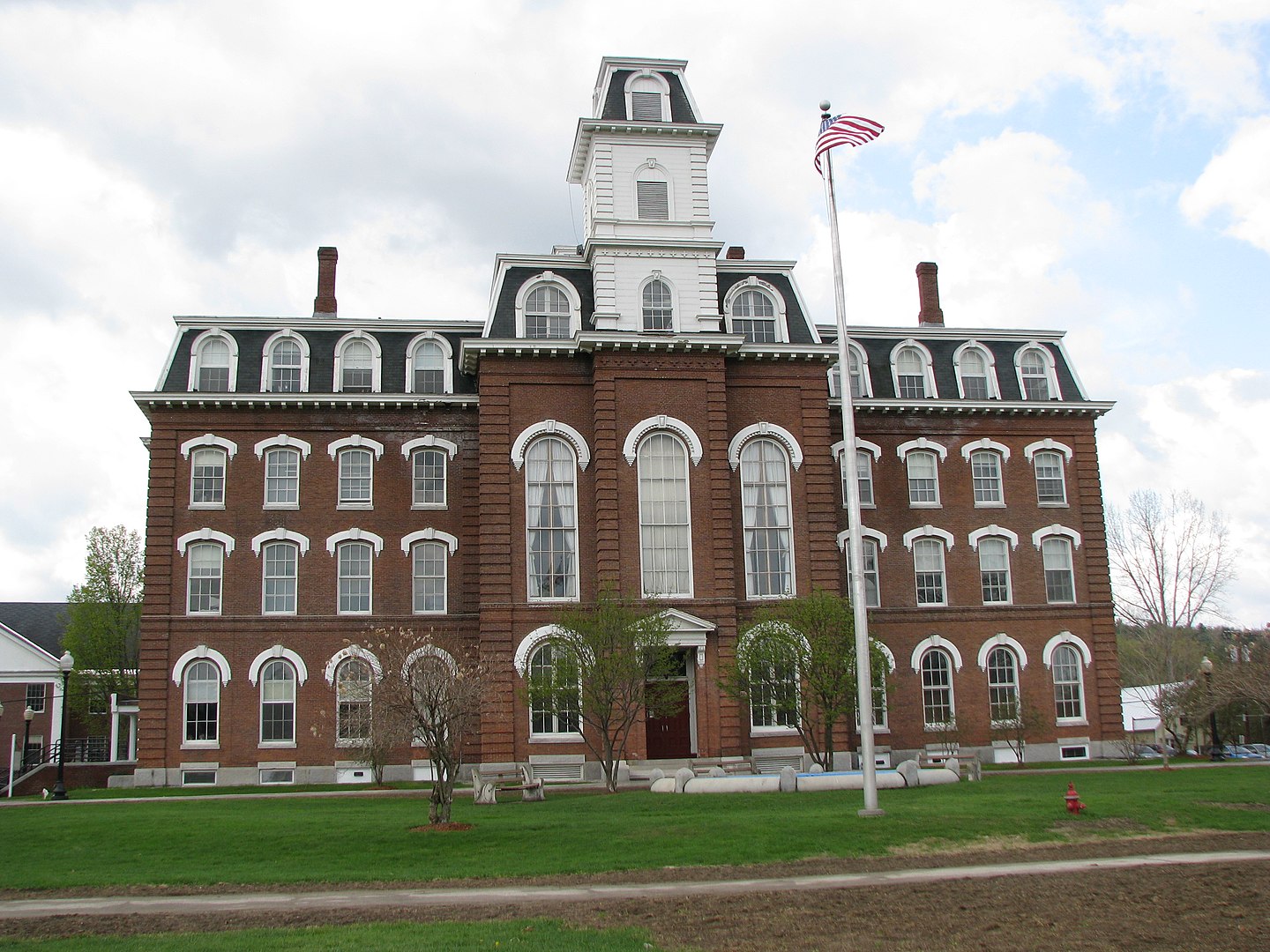 College Hall (1872) is exemplary of the French Second Empire architectural style. Located on the top of Seminary Hill, which overlooks the city, College Hall stands as one of the Montpelier's most significant and recognizable landmarks. The building continues to serve as the home to higher education, which has been true since it opened in 1872.

The Seminary chose the location partly due to its proximity to the railroad and capitol, but also because of some pre-existing features leftover from the Civil War. Sloan United States Military Hospital, which served the ill and wounded during the Civil War, closed in 1865. However, a race track and fairgrounds remained. The Methodist Conference used the building until 1936.

In 1936, the newly organized Vermont Junior College shared the space with the Methodist Conference, but the Seminary folded in 1947. Nine years later, in 1958, the Vermont Junior College transitioned into a four-year college: Vermont College, which later merged with Norwich University in 1972. Norwich developed a fine arts program in the building and then sold it to what is now the Vermont School of Fine Arts (est. 2008). Today, College Hall remains the central building within Vermont College of Fine Arts campus.