Brooklyn's Williamsburgh Savings Bank was built between 1870 and 1875. Designed by George B. Post, the striking building was immediately seen as a Brooklyn landmark. Post would go on to design such important buildings as the New York Stock Exchange. The WSB, easily recognizable because of its great dome, was the center of Brooklyn's commercial life for many years, but by the late twentieth century, the building had fallen into disrepair, in spite of being a landmark. Since 2010, the building has undergone an extensive restoration and now functions as an event space. 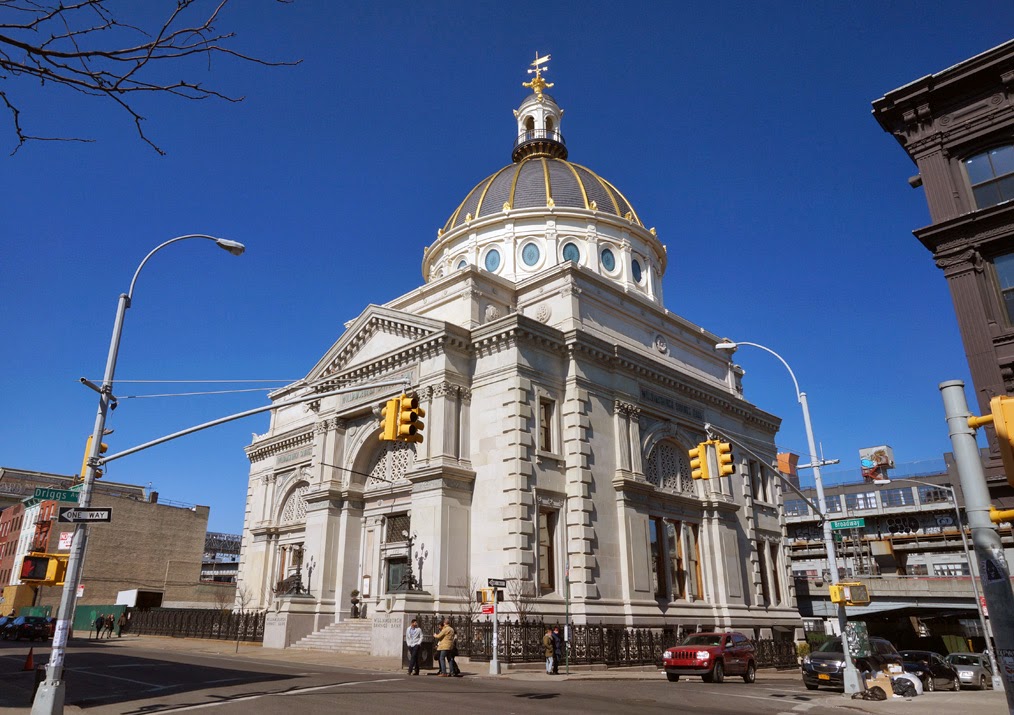 The interior of the building's dome 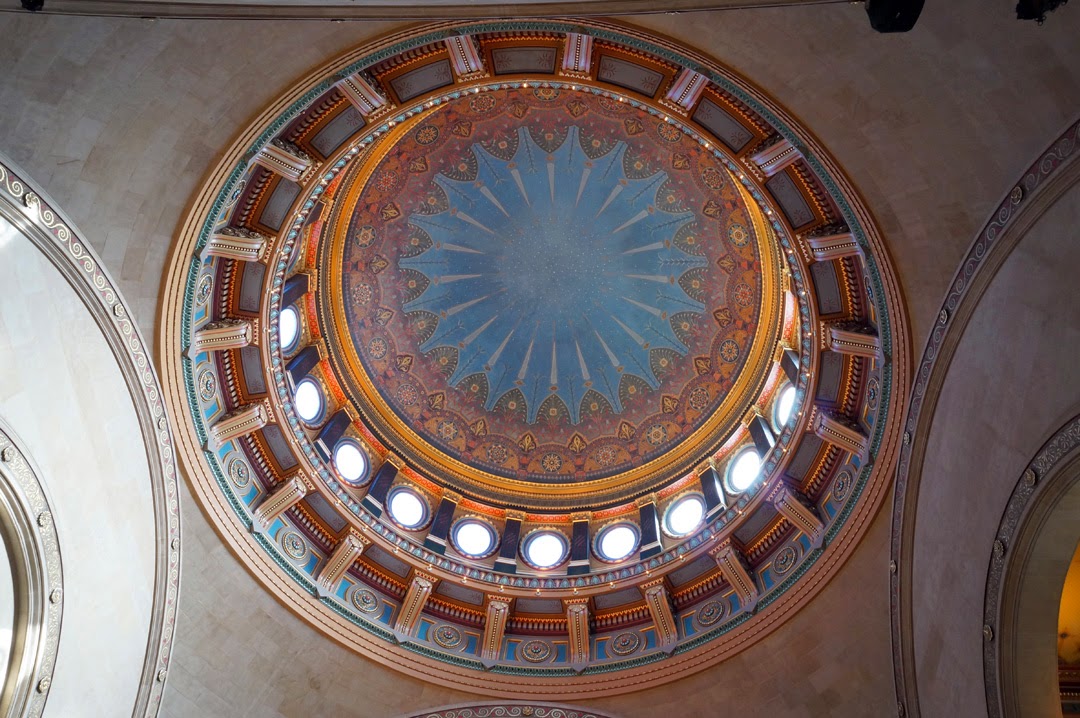 One of the most striking architectural landmarks in Brooklyn was almost allowed to be destroyed by time and the elements. The Williamsburgh Savings Bank, which was completed in 1875 after five years of construction, The building featured hand cut mosaic tiles in the floor and walnut and mahogany woodwork throughout. Doorknobs and fixtures were custom made to feature the initials "WSB." The building, with its striking dome, instantly became a Brooklyn landmark.

Not only was the building one of the city's most easily recognizable structures, the bank was also highly successful. By the mid-1920s, it was the largest mutual savings bank in Brooklyn and the fourth largest in the United States. The bank regularly received deposits from account holders in countries around the world. For much of the twentieth century, the bank was an integral part of Brooklyn's economy.

But as the city's economy declined, so did the bank's. By the late twentieth century, a series of mergers brought the bank into the HSBC group. HSBC sold the property in 2010 for $4.5 million. The buyer was Juan Figueroa, the owner of a Williamsburg hostel. Figueroa spent two years renovating the building, the most extensive work done on the building since its construction. The once grand building was in a state of decrepitude when Figueroa began its renovation.

As part of the restoration, years of paint were stripped from woodwork. The marble tiles for the floor were ordered from the same English company which made the originals and still had the molds and the exact colors. The "WSB" doorknobs were replicated throughout the building, and the lavish murals on the dome's interior were restored. The restoration was exacting enough that the New York Landmarks Conservancy awarded it the Lucy G. Moses Preservation Award. The lavishly restored building is now an event space, known as Weylin B. Seymour's, a nod to the initials found throughout the building.

The Williamsburgh Savings Bank building is a New York City Landmark and was added to the National Register of Historic Places in 1980.

Here's a simple stroll through downtown Williamsburg starting from the Marcy Ave. subway stop. Head west and explore historic buildings south of the Williamsburg Bridge, ending at the waterfront.