Situated in the historic Sundance Square neighborhood of downtown Fort Worth, the Sid Richardson Museum is an art museum dedicated showcasing the art of the American West. To this end, the museum features permanent and special exhibitions of works by notable Western artists including Frederic Remington, Charles M. Russell, Oscar Berninghaus, Charles F. Browne, and Edwin W. Deming. The museum is named after Sid Williams Richardson (1891-1959), who amassed a fortune in the oil industry, which allowed him to collect the art collection that is now housed in the museum (the museum has also acquired four paintings since Richardson's passing). The museum also offers a wide variety of educational opportunities for visitors of all ages. It is operated by the Sid W. Richardson Foundation. 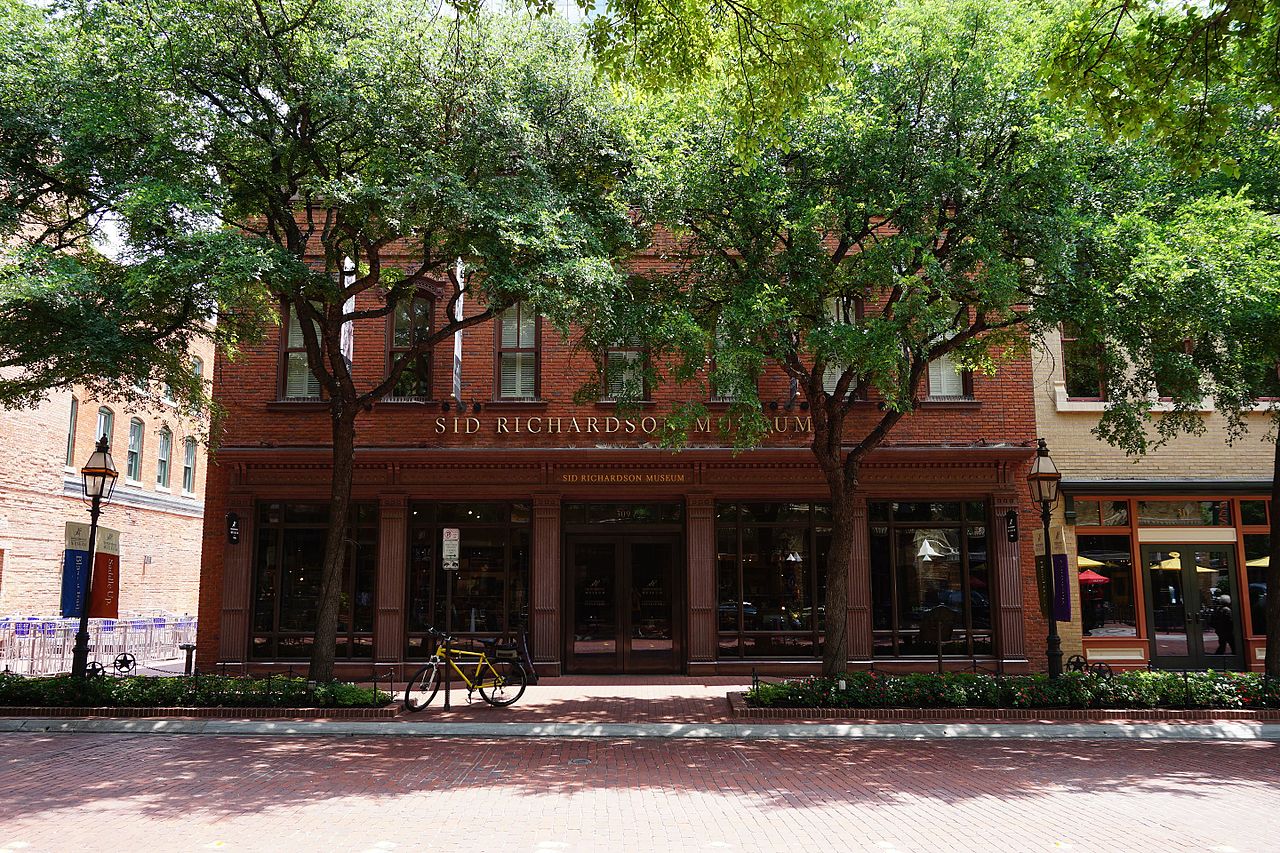 Sid Williams Richardson was born on April 25, 1891 in Athens, Texas. He studied at Baylor University and Simmons College (which is now Hardin-Simmons) from 1910-1912. Then in 1919, he got rich after he and a partner got into the oil industry. The next dozen years weren't as fortuitous, however, as the oil market went up and down during those years. The situation permanently changed for the better in 1933. Richardson invested a small sum in a drilling operation run by friends in what is now known as the Keystone Field located in West Texas. This turned out to be a very profitable decision and his business thrived once again, allowing him to become even more wealthy. He became President of Sid Richardson Gasoline Co. in Kermit, Texas, and President of Sid Richardson Carbon Company in Odessa, Texas. Here in Fort Worth, he was President of Sid W. Richardson, Inc. and was a partner in Richardson and Bass, Oil Producers.

Richardson was also a philanthropist. Throughout his adult life, he donated to various organizations and institutions including churches, hospitals, schools around the country. He was not one to flaunt his wealth or give interviews, nor did he live an ostentatious life. In 1947, he founded the Sid W. Richardson Foundation, which has provided funds to many organizations in Texas.

Richardson began collecting Western-themed art in 1942. Not surprisingly, he grew to love Western art through his ranching experience. The first piece he collected was a Charles Russell painting. By the time of his death (peacefully in his sleep) on September 30, 1959, he had gathered one of the largest private collections of works by Russell and Frederic Remington.