This house is all that remains of the old Gallia Iron Furnace. Located at bend in the road where OH 233 joins the CH & D Railroad bed, the old house is still occupied. An old photo from the Jackson Telegraph News tells us, the house originally was built in Wellston, OH dismantled, hauled on the train to Gallia and there rebuilt. 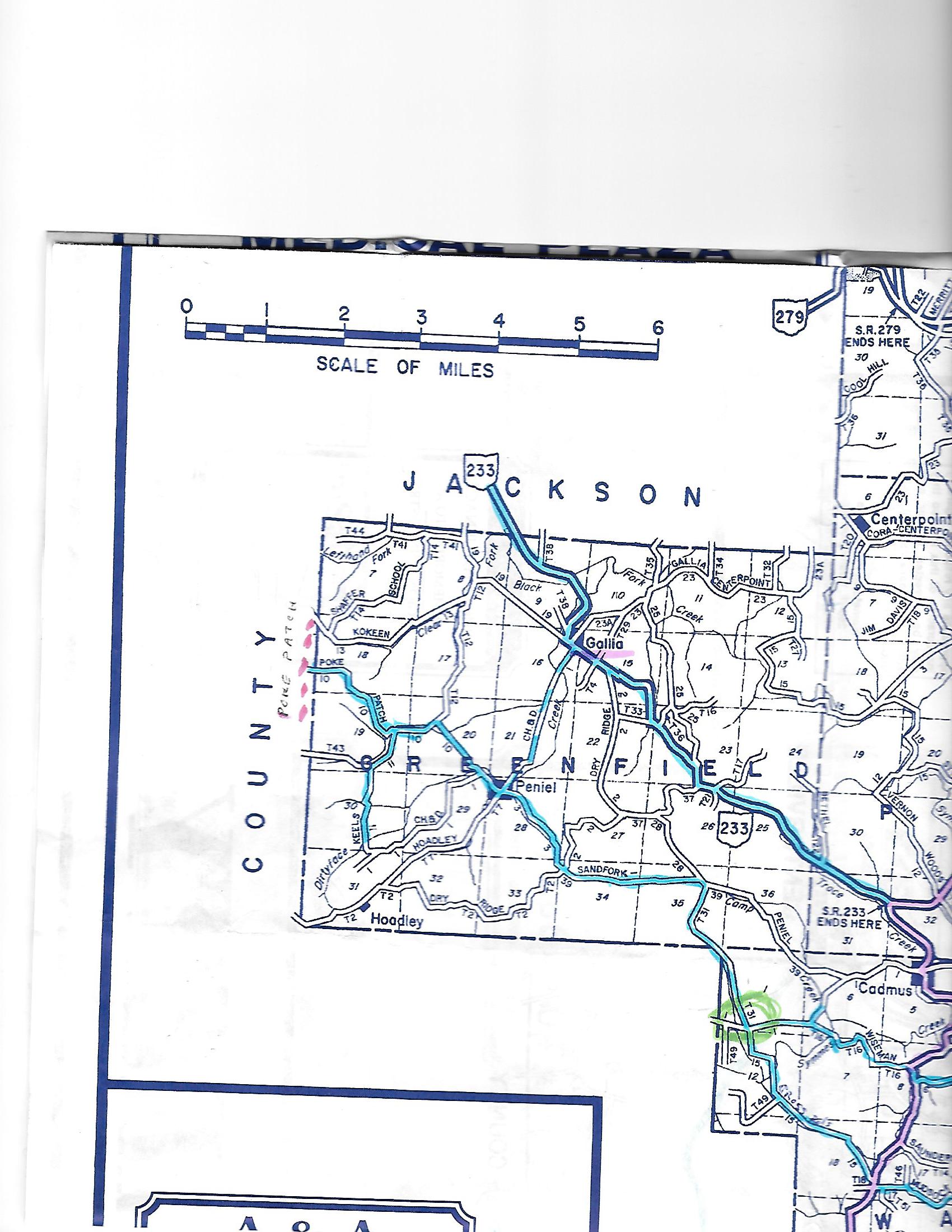 Gallia Iron Furnace was located at Gallia, Gallia County, OH where OH 233 and the C H & D Railroad met. It was one of the furnaces operated by John Campbell and Company. Campbell was noted for his support for the Underground Railroad and Gallia Furnace was one of the stations (known places of support) on the underground. This "mangers house" is unique because Gallia was the only iron furnace that had a "Black" superintendent. Superintendent James Stewart and his family have also been identified as "conductors" for the Underground Railroad This house was originally built in Wellston, OH, dismantled, moved on the CH & D Railroad to Gallia and reassembled.

Gallia Furnace was one several furnaces near the site called Poke Patch, a free Black community located near the junction of Lawrence, Gallia and Jackson counties. Poke Patch provided many workers for the local furnaces. Today, all that remains of the Gallia Furnace and its company town are the road bed of the CH & D Railroad where OH 233 runs, the manager's house, five dwellings and a hole in the ground where the furnace stood. The old store served the community for many years, but it burned about 1980.

Siebert, Wilbur H.: "The Underground Railroad from Slavery to Freedom"