In 1801, Jack Neal, a freed Black man, was charged with murder and held in a jail near this location. Neal was a former slave who had been manumitted and worked as a Blacksmith in Maryland. After defending himself from men who captured to sell him back into slavery, Neal was accused of a capital crime and held in Kanawha County jail while awaiting a potential death sentence. The case went before the Virginia Assembly and since Neal had been manumitted he was granted a reprieve just before he was to be hanged. After he was released from jail, Neal lived several years in the region that would become Cabell County, West Virginia with the Sanders slaves. Sixteen-year-old Samson Sanders witnessed the trial and beating which Jack Neal suffered. Sanders felt sympathy for Neal, and his experiences were among the reasons Sampson Sanders later manumitted all his slaves by his will.

Route of the Sanders family across the frontier 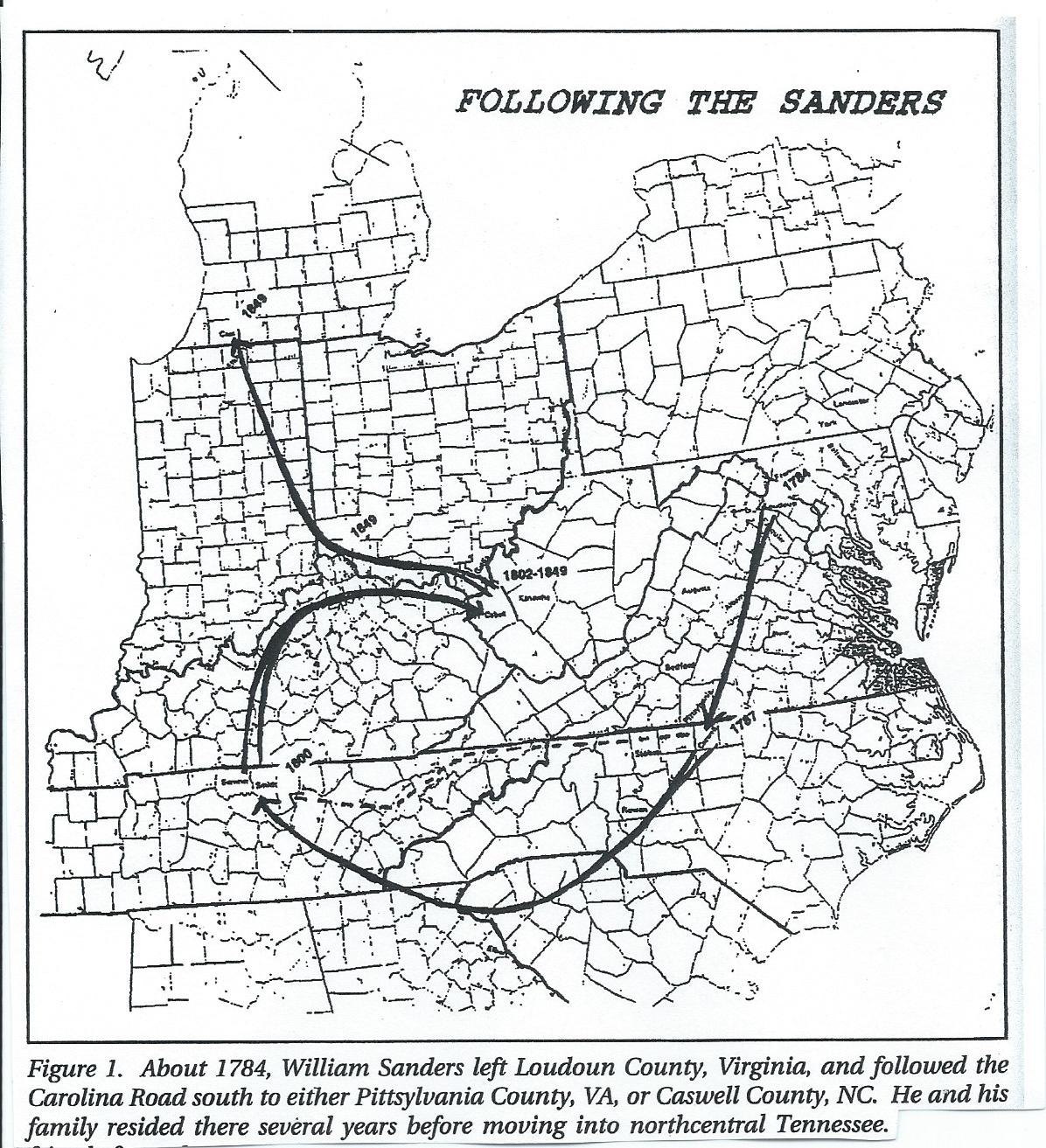 The story began in Maryland in 1800/01. Jack Neal was a recently manumitted Maryland Blacksmith. A white man, Bennett Rogers, was buying slaves to take south. Kidnapping Neal, Rogers chained him to four other enslaved persons and headed for the Ohio River and Tennessee. Neal was able to free his bonds and killed Rogers at the mouth of the Kanawha River.

There were no settlements along the west side of the Ohio River. Neal and the others people Rogers intended to sell into slavery had no experience with the wilderness. They decided to cross the river into Virginia where they reported the incident to the nearest authorities which were in Kanawha County, Virginia.

Rogers was a partner of William Sanders of Tennessee. Sanders owned a large amount of property that had been in the possession of the late Rogers. Sanders quickly gathered his family and moved to Kanawha County, Virginia. The Sanders family settled on Mud River in the area that became Cabell County. At that time William Sanders and his sixteen year old son, Samson, attended trials in at the nearby courthouse until the case of Jack Neal was finally settled. Escaping from his captors and a potential miscarriage of justice, Neal was allowed to live with Sanders family.