Designed by Frank Lloyd Wright in 1917, this house was built for Frederick Bogk, a prominent Milwaukee businessman and Alderman. The design of the two-story house is reminiscent of Wright's distinctive prairie style, using tan-colored tapestry brick and wide mortars to emphasize a cube shape. It was named to the National Register of Historic Places in 1972 and has been lovingly preserved by its owners in consultation with the Frank Lloyd Wright Preservation Trust. 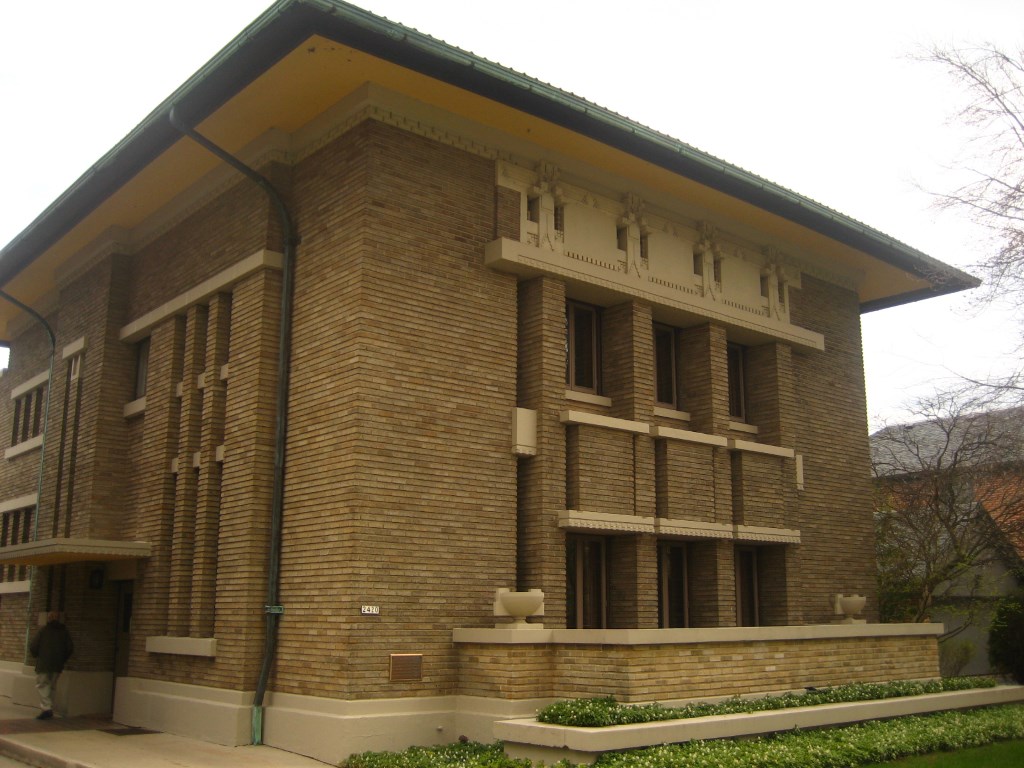 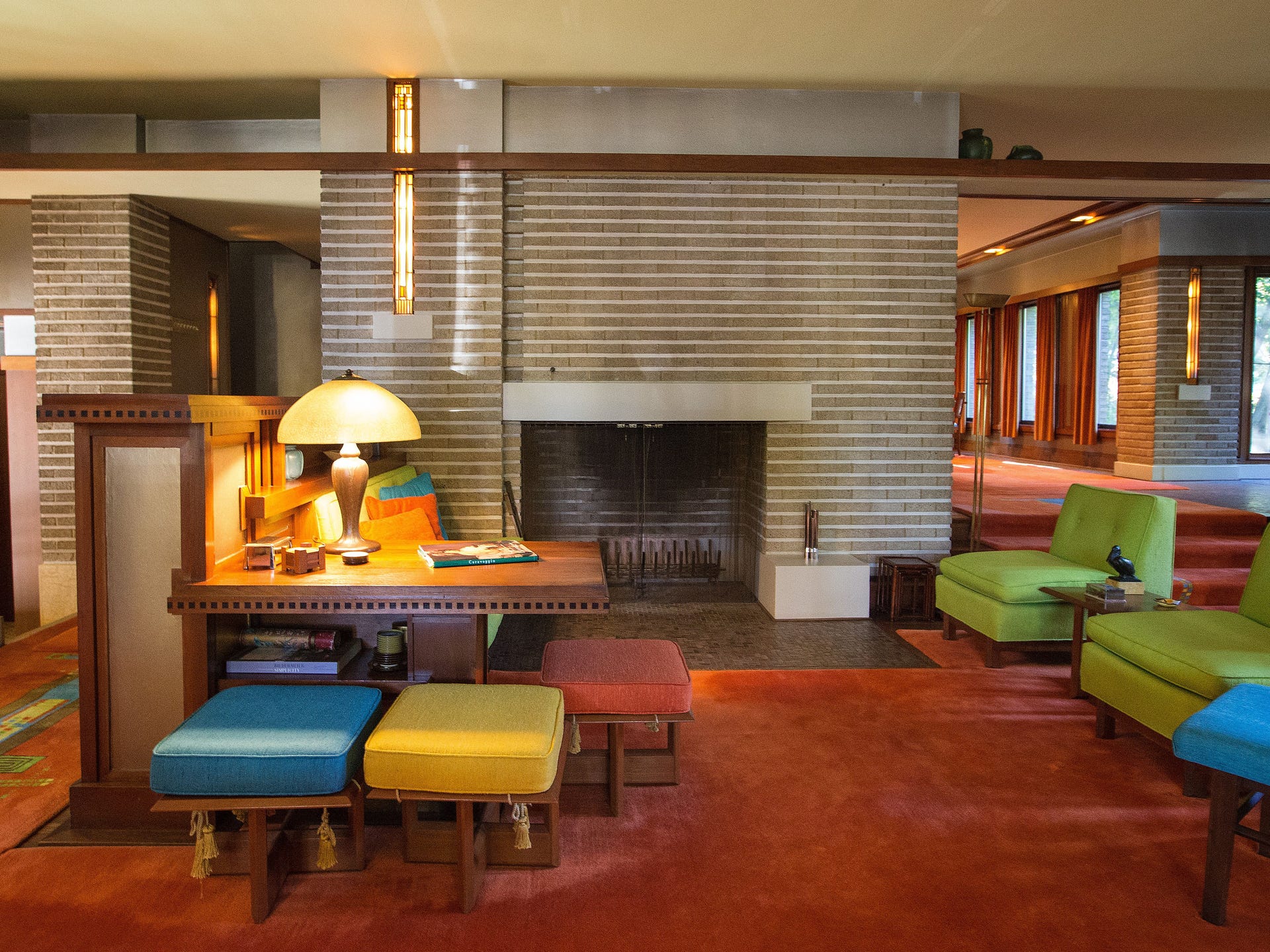 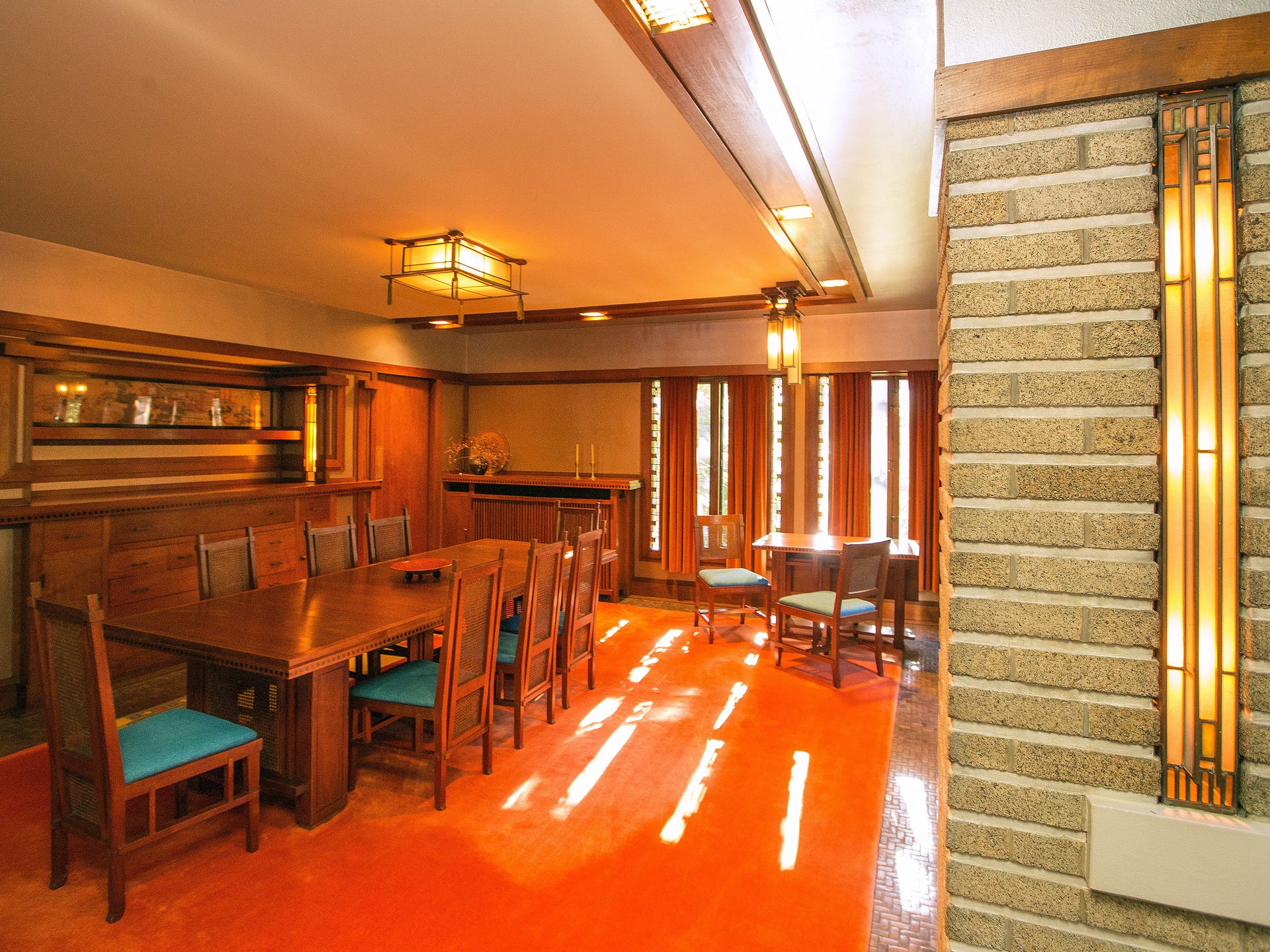 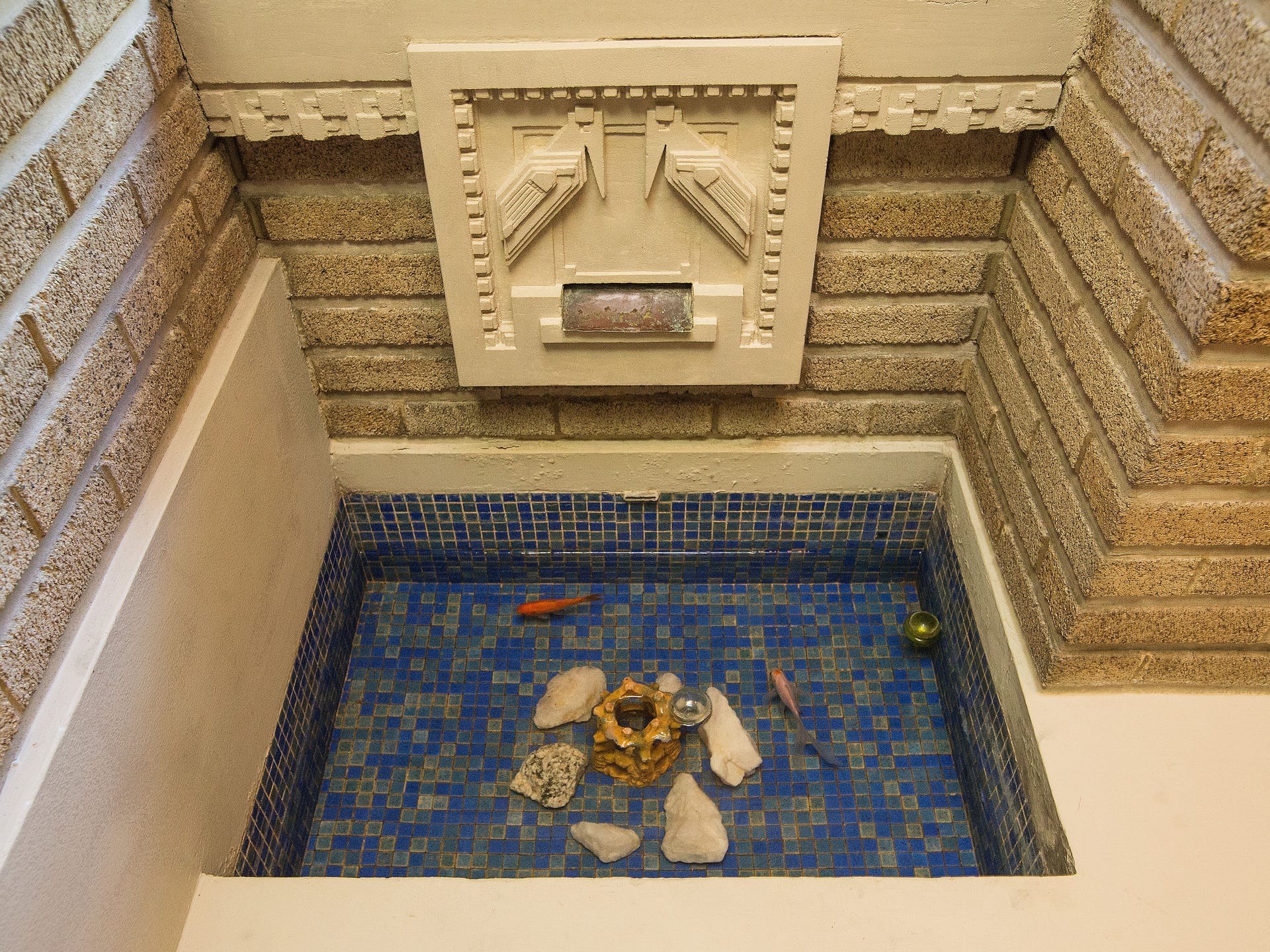 When Milwaukee businessman and Alderman Frederick C. Bogk commissioned a house design from Frank Lloyd Wright, Wright was on his way to Japan to build the Imperial Hotel. Because that design was on his mind, what became the Frederick C. Bogk house was also heavily influenced by Japanese traditional architecture with its horizontal lines and rectangular shape. As is typical of Wright's designs, the front door is hidden on the side of the house. It is a rare example of a Wright house with an attic, as Mrs. Bogk insisted she be able to do her laundry indoors. The basement is poured concrete and the house is made of tapestry brick with a clay tile roof. On the interior, Wright built a custom dining room set and chose some wall hangings, including a Japanese scroll painting. The house was finished in 1917 and stood far apart from the Tudor and Georgian houses that made up the rest of the affluent Milwaukee neighborhood.
The Bogks lived in the house until their deaths. When Mrs. Bogk passed away in 1953, the house was briefly owned by Joseph Pokorny, who added a power room to the interior, renovated the kitchen and replaced the carpet on the first floor. The Pokornys sold the home to Robert and Barbara Elsner in 1955. While they did not know much about the home's architect at the time of purchase, their love of the house caused them to seek out information on Frank Lloyd Wright and become prominent members of the Wright preservation community. Frequently they have opened the home for fundraisers to support preservation efforts. The home, now occupied by their daughter Margaret, has kept its original design both inside and out, and any renovation work has taken place in close consultation with experts on Wright's design in order to remain faithful to the original.
In 2016 the house was opened to the public as part of the “100 Years New — Wright in Time” event that celebrated the 100th anniversary of the Wright-designed Burnham Block homes, also in Milwaukee. It remains a private residence today.