Morehead State University dates back to 1887 when Phoebe Button and her son Frank opened a school at the conclusion of the infamous Rowan County War. The school was supported by the Christian Church of Kentucky and its purpose was to train future educators. The Buttons and their supporters also hoped the school would bring stability and prosperity to the area. The school operated out of a rented home in the heart of the city of Morehead until 1889 when this land and $500 was donated by Judge Thomas F. Hargis for the purpose of building the college's first building. That building, named Hargis Hall, stood at this location for thirty-six years and was replaced by Allie Young Hall. built in his honor and the modest school became a state-funded normal school before eventually becoming Morehead State University.

An old newspaper article about the school, written in the late 1890s. 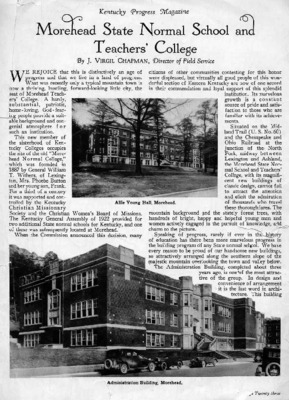 A historical marker detailing the history of the Morehead Normal School. 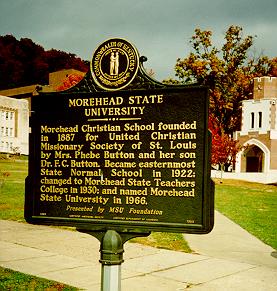 Allie Young Hall, which has since taken the place of the Normal School, with its plaque commemorating its recognition from The National Register of Historic Places. 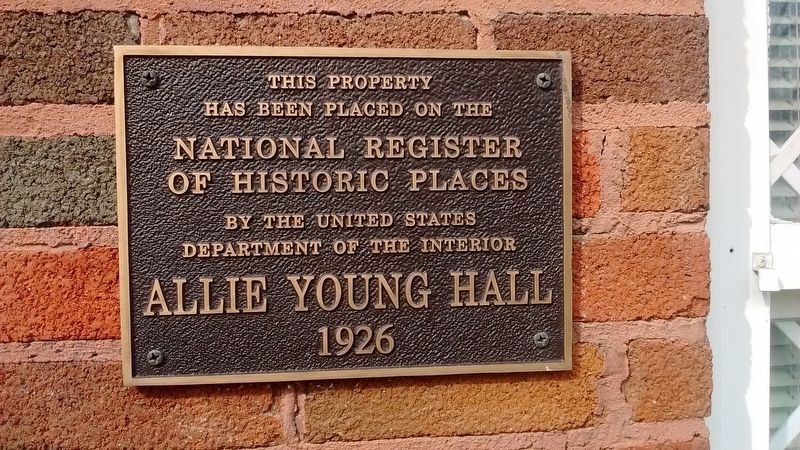 By 1887, Rowan County, Kentucky was ravaged by an abundance of familial feuds - among which were the infamous Underwood & Holbrook Feud and Tolliver & Martin Feud . After the Rowan County War, the county had been branded "Bloody Rowan" by the rest of the state after twenty lives had been taken and numerous families had been torn apart. In response to this violent history and reputation, educator and philanthropist Phoebe E. Button and her son, Frank left their home in northern Kentucky and traveled to Morehead, the county seat of "Bloody Rowan." There, the two began efforts to establish a school, in the hopes that a center for the education of the community would promote goodwill and help the county move past its feuding. With the funding and support of the Christian Church of Kentucky, the Buttons founded the Morehead (Christian) Normal School, built for the purpose of training future educators.

The school was located in a rented house paid for by Phoebe and the Christian Church of Kentucky, located near what is now Main Street in Morehead. The school officially opened in October 1887, with classes beginning October 3rd. On its first day in session, the Morehead Normal School operated with only one student, Annie Page; however, by the end of that same day they gained another official student in Ethel Bertie Hamm, a young woman who was reportedly eager to enroll in what she felt would be an institution which brought "light to the mountains." The Morehead Normal School was one of twenty-five private normal schools established in Kentucky during the last quarter of the nineteenth century, all of which dedicated themselves to the enriching of future educators, and it quickly established itself as one of the most renown, garnering widespread interest.

In 1889, almost exactly two years after the school's opening, Thomas F. Hargis, the chief judge of the Kentucky Court of Appeals and a life-long resident of Morehead, donated four acres of land and around $500 to the Morehead Normal School. Both the land and money were used by Phoebe Button to build the school's first classroom building, located along what is now University Boulevard on Morehead State University's campus. The building was named Hargis Hall in honor of the donor who made its construction possible, and was erected at the end of 1889. Hargis Hall was a large, wooden, multi-story building, whose dedication marked a significant expansion for the Morehead Normal School.