The Hatfield & McCoy Moonshine Distillery opened in 2015 along James Avenue in Gilbert, West Virginia. The company was developed by Nancy Hatfield Mounts Justus, the oldest living descendant of clan leader "Devil Anse" Hatfield of the Hatfield & McCoy Feud. Justus started the business along with her daughter and son-in-law, Amber and Chad Bishop as part of an effort to provide economic opportunity while honoring their family's heritage. Demonstrating change over time in a region where many residents can trace their lineage back to the Hatfield and McCoy families, the founders benefitted from the consulting services of Ronald McCoy, a descendant of opposing clan leader Randolph McCoy with expertise on marketing and packaging spirits. Both Ronald McCoy and the descendants of the Hatfields agreed to name their moonshine using their family names. The moonshine produced by the business is sold directly from the distillery to local customers in addition to being shipped across the United States. 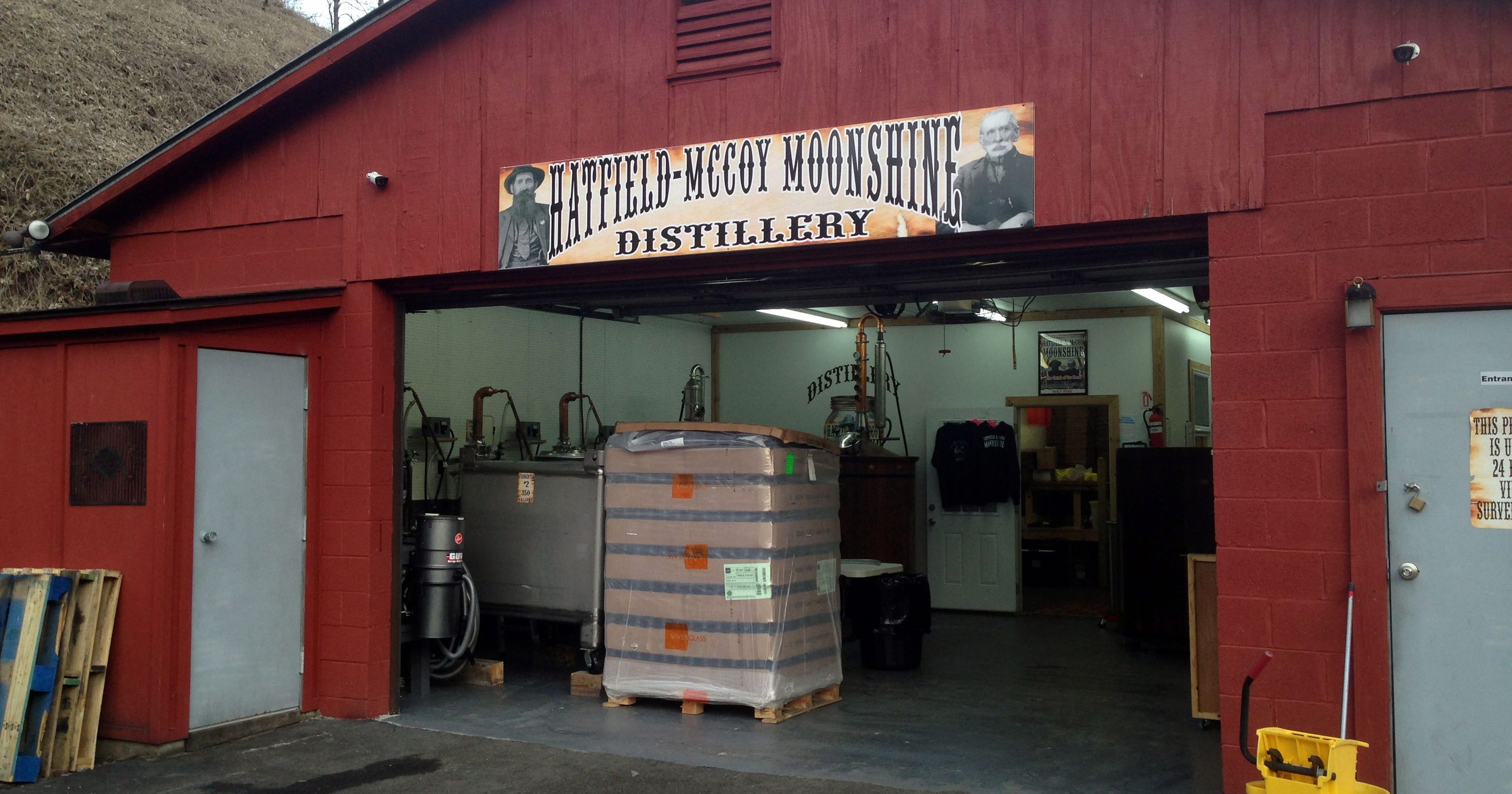 A few bottles of the company's moonshine as well as their custom shot glasses. 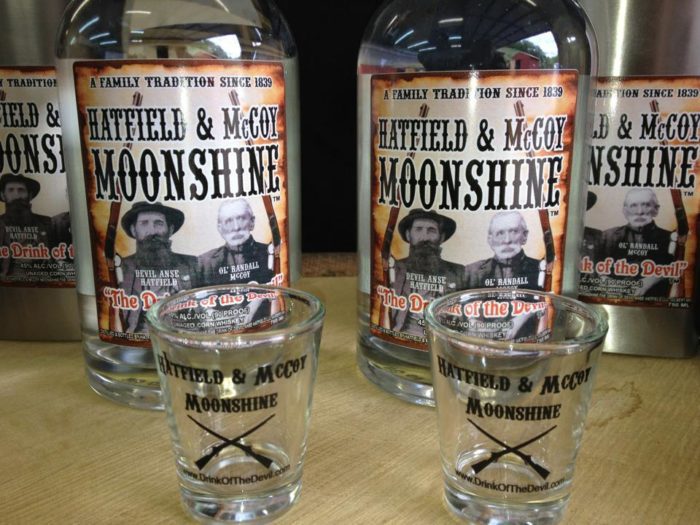 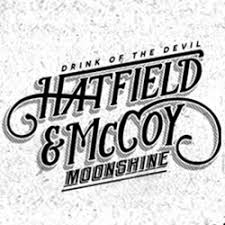 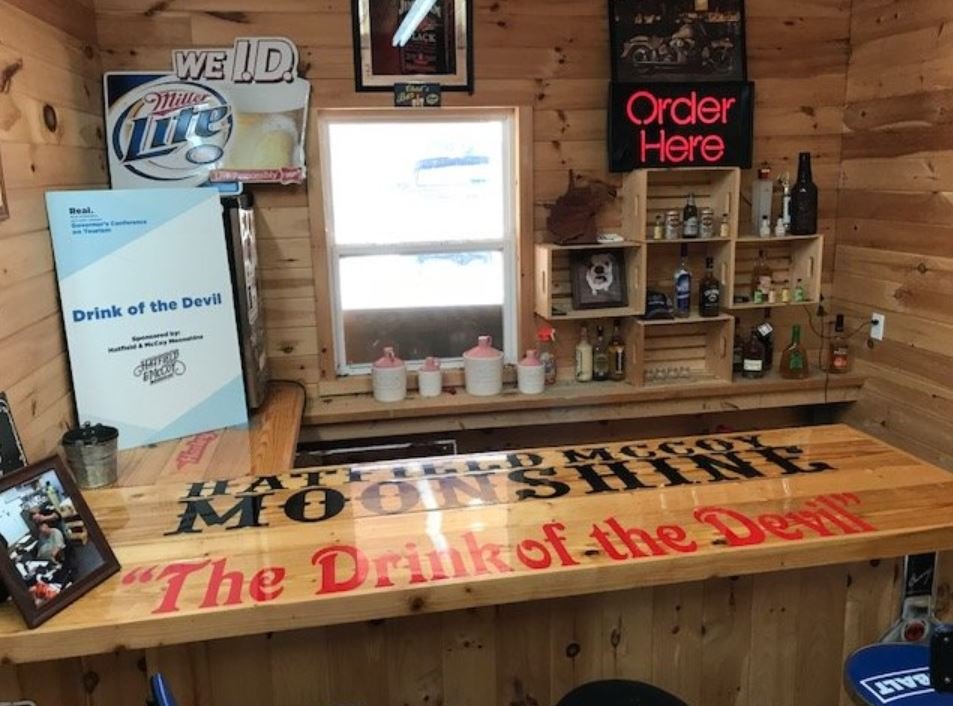 The Hatfield and McCoy families - led, respectively, by "Devil" Anse Hatfield and Randolph McCoy -  are most well-known for their involvement in the infamous and eponymous feud which spanned the mid-nineteenth century through the early twentieth century. Leading up to and proceeding this feud, however, the families also made a name for themselves as a result of their generational bootlegging. This is especially true of the Hatfield family, whose moonshine recipe, which was developed and perfected by Devil Anse and which continued to be produced by his family even today, generations later. In a bid to unite the two feuding families and to legitimize the previously outlawed production of moonshine, Nancy Hatfield Mounts Justus, the great-great-granddaughter and oldest living descendant of Devil Anse Hatfield, decided to honor her heritage by carrying on the family name and tradition of “shining" along with her daughter and son-in-law, Amber and Chad Bishop.

This decision led Justus and her family to seek permission to join their family name with that of the McCoys and establish a moonshine distillery. After receiving permission from the state of West Virginia's legal channels in 2014, Justus's efforts began to take shape and construction on a moonshine distillery soon began along James Avenue in the small town of Gilbert, located in Mingo County, West Virginia, on original Hatfield land, in the center of the events of the Hatfield and McCoy feud, in a converted garage just six miles from Devil Anse's gravesite. The renovation of the garage was finished in January of 2015, and later that same month the Hatfield & McCoy Moonshine Distillery opened to the public, taking on the motto "Drink of the Devil" in honor of Devil Anse, the man whose process and recipe they used.

The business is run primarily by Justus and her daughter with production taking place under the watch of her son-in-law. Another key figure in the production of the product is Ronald McCoy, the great-great grandson and oldest living descendant of Randolph McCoy, who served as the initial consultant for the business's startup and the product's testing and advertisement. The moonshine produced by the business is made from corn grain and alcohol which undergoes both fermentation and distillation at Hatfield & McCoy Moonshine. Bottles of the product are also corked and packaged at the site before later being shipped to Florida, Kentucky, New Jersey, Virginia, and Pennsylvania as well as other locations in West Virginia. Local customers also buy the product directly at the business, where orders are taken at the bar near the front entrance.