A plaque and several capped wells mark the location of the site where oil was first discovered and extracted in Oklahoma City. At 3:00 PM on December 4, 1928, oil gushed from a tall rig that once stood at this location. Today, homes surround the site which is known as the Oklahoma City Discovery Well. The site, which is easily accessible from the street, was added to the National Register of Historic Places in 1977.

All that remains of the site are the concrete foundations of the rig and the capped well pipe. 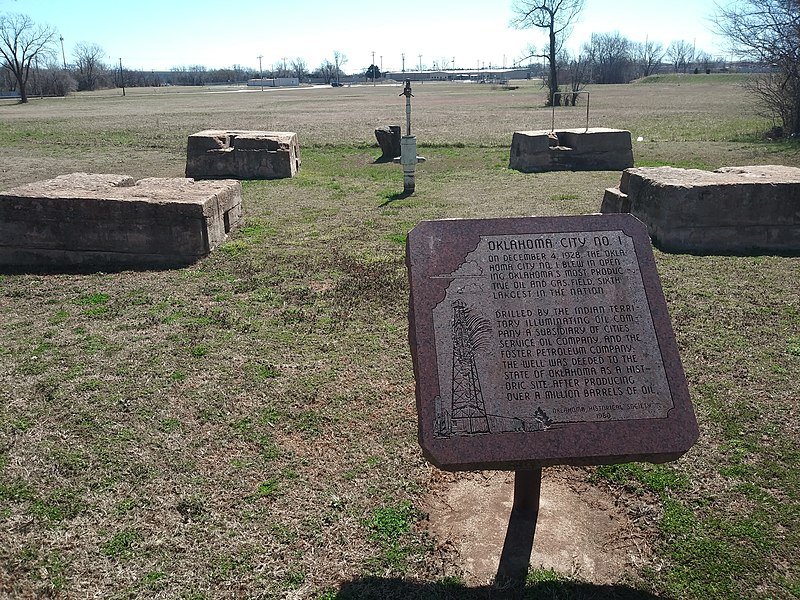 The companies that owned the well, Indian Territory Oil Illuminating Company (ITIO) and the Foster Petroleum Corporation hit the jackpot: they discovered the Oklahoma City Oilfield, which would produce millions of barrels of oil for decades to come. By this time, oil wells had appeared throughout the state but this was the first time oil was found within a city. The well contributed to an already thriving industry and provided the city and state much-needed revenue during the Great Depression, which would begin the next year. All that remains at the site are four concrete pads, a pipe jutting up from the ground, and a historical maker.