Danforth Chapel at Berea College was constructed in 1938 to provide a place of worship for students and faculty. The chapel was funded by the Danforth Foundation as part of its Danforth Chapel Program that offered support for the construction of chapels in higher learning institutions nationwide. The chapel was modeled after architectural designs from the English Gothic period and consists of 54 bricks taken from historically and spiritually significant locations worldwide. Today, the chapel is part of Berea College's Campus Christian Center and regularly hosts weddings and religious events. 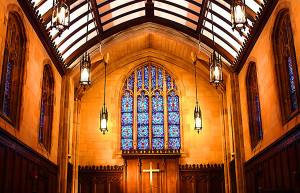 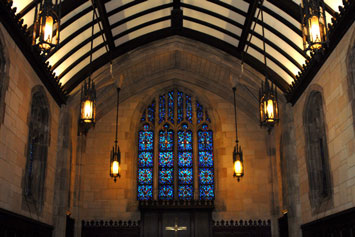 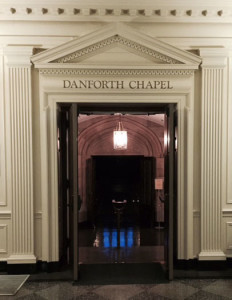 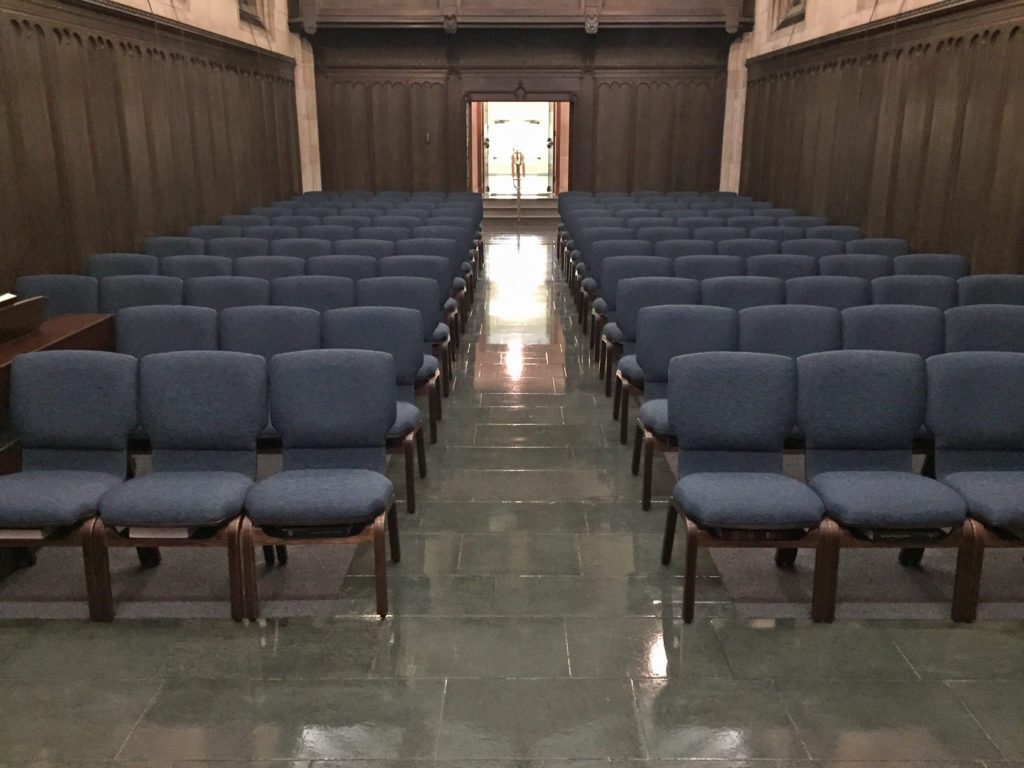 The Danforth Foundation was established in 1927 by Missouri business owners and philanthropists William and Adda H. Danforth. At that time, the Danforth Foundation was the largest private profit foundation in the state. The organization became known for providing grants to institutions of higher education within Missouri. These grants were used to improve and renovate facilities and provide scholarships to incoming students. The Danforths followed this with the Danforth Chapel Program which supported institutions of higher education around the country by funding the construction of chapels in historically Christian schools.

The Danforth Chapel Program chose Berea College for its first project a few years after William Danforth was appointed to Berea's board of trustees. Following a donation by the Danforths, construction on the chapel began and the project was completed in 1938. The Danforths hired architects Charles Cellarius, James P. Jamieson, and George Spearl to bring their vision to life. These architects designed a Gothic-style building the Danforths hoped would "demonstrate the relationship between spirituality and education" to Berea College's faculty and students. The Danforths asked for the inclusion of fifty-four religiously significant stone blocks from a plethora of religious and spiritual landmarks and locations within the chapel. As a result, the chapel incorporates stones from Abraham Lincoln's tomb, Canterbury Cathedral in Scotland, Nazareth in Israel, and stones sent to the couple by Mahatma Gandhi. In addition to these foundation stones, the building is notable for the large stained-glass window at the center of the front of the church that was modeled to mirror those created during the English Gothic architectural period. Danforth Chapel joined the college's only other religious facility at the time, which was known simply as the chapel and offered a place of worship to students and staff.

Danforth Chapel hosts ministers and visiting religious speakers and scholars who offer lectures and other events throughout the year. Today, Danforth Chapel is part of Berea College's Campus Christian Center and is led by a full-time minister who is available to students and staff. The chapel is one of the leading landmarks on campus and thousands of Berea alumni have chosen this site as the location for their weddings.