Once the location of one of the first of Milwaukee's factories built using the architectural features of the Chicago School, this five-story building was built in 1900. Real estate developer Ernest Baumbach led the project and the building was designed by prominent architect Eugene Liebert. The building was home to clothing manufacturers in the first half of the twentieth century and now serves as residences and retail spaces on the first floor. The building demonstrates the transition of the Third Ward from manufacturing and warehousing to a residential neighborhood. The building is also a landmark of Milwaukee's Old Third Ward and remains a significant example of the Richardsonian Romanesque construction style. 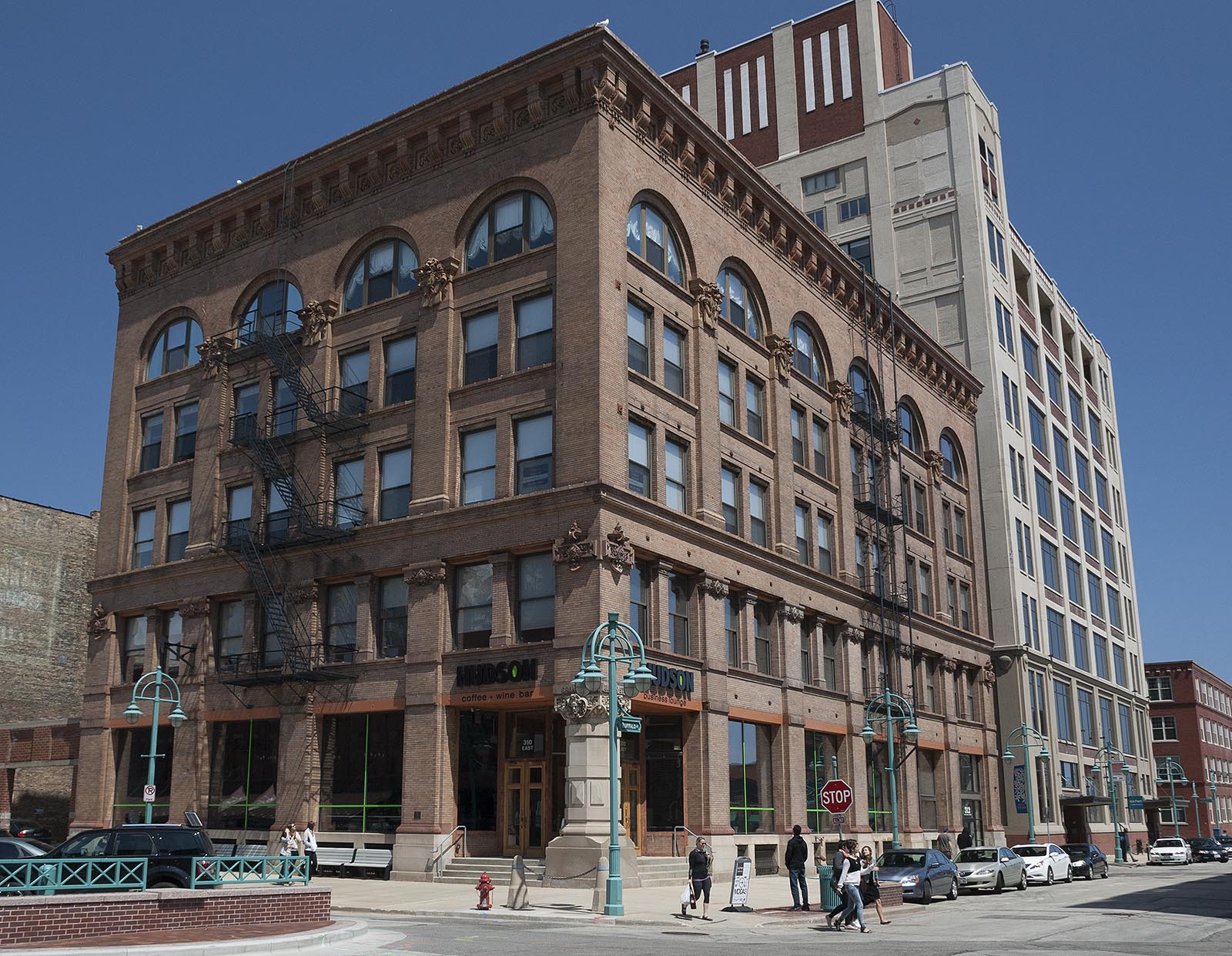 A closeup of the terra cotta lions on the fifth floor. Photo credit: waymarking.com 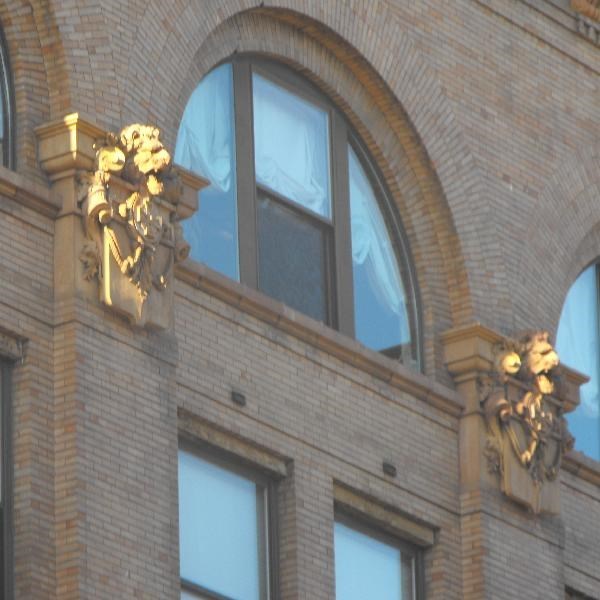 Closeup of the historical marker on the building for its first tenants, the Cohen Bros. Manufacturing co. Photo credit: historicalmarkers.com 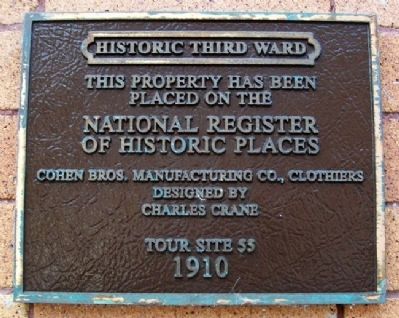 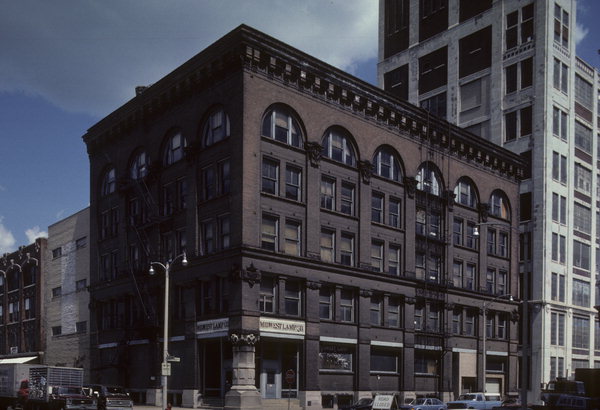 Eugene Liebert was an architect with a distinctively German style. His building credits include St. John Lutheran Church and the iconic Germania Building. This kind of style particularly resonated with real estate tycoon Ernest Von Baumbach. Ernest was the son of Ludwig Von Baumbach, who was the patriarch of a German noble family. Ludwig fought in the Napoleonic Wars and was a prominent political figure for the democratic side. When that side lost in 1849, Ludwig moved his family, including six sons (Ernest was the eldest) to Milwaukee, the German stronghold in the United States.

The building Liebert created for Baumbach is a fine example of the Richardsonian Romanesque construction style with a blending of Chicago School architecture. Terra cotta lion heads decorate the upper floor alongside the arched windows, and the street names are carved along the second story, also made of terra cotta. It is one of the last remaining original structures of its kind in the Third Ward.
The first tenants of the Baumbach building were the Cohen Brothers clothiers, who specialized in men's clothing, particularly those for lumberjacks and miners. By 1916 the building was the home of Phoenix Knitting Company and utilized as a storehouse and dining room for its employees. In 1946 the building was remodeled and gained new life as the home of Midwest Lamp & Novelty Co., who used it for lampshade construction and plating as well as storage. The building was remodeled again in 1984 with a new name, the Buffalo Building. In this phase of the building's life, it became the first building in the Third Ward to be converted into residential space, sparking a decades-long revamp of the derelict neighborhood. In the same year, the building was added to the National Register for Historic Places and is the only building listed on Milwaukee's "Commission Row."
The Buffalo/Baumbach Building is now a centerpiece of the revitalized Third Ward as a mixture of residential condominiums and commercial retail space on the lower levels. It houses a cafe and office space for Capital Data and Internet. Its distinctive design stands out among the many newer buildings that dot the surrounding blocks as a testament to Milwaukee's commercial and manufacturing history.