The German American Ladies College was constructed in 1876 and functioned for a few years as a private all-girls day school from 1877 to 1881. The college represents a period when private colleges were widespread but opportunities for higher education was generally limited to those from wealthy and middle-class families. The college also serves as a reminder of the significance of German immigration into the region and the desire of recent immigrants to create the kinds of institutions that would preserve the traditions and culture of their homeland. The college was founded by Alice Nohl and Natalie Von Schenck, and when their school closed in 1881, Anna Von Schenck Ritz maintained the home and many of her family members worked as teachers, including her daughters Helene and Maria who taught music and language courses at Austin's Stuart Female Seminary. 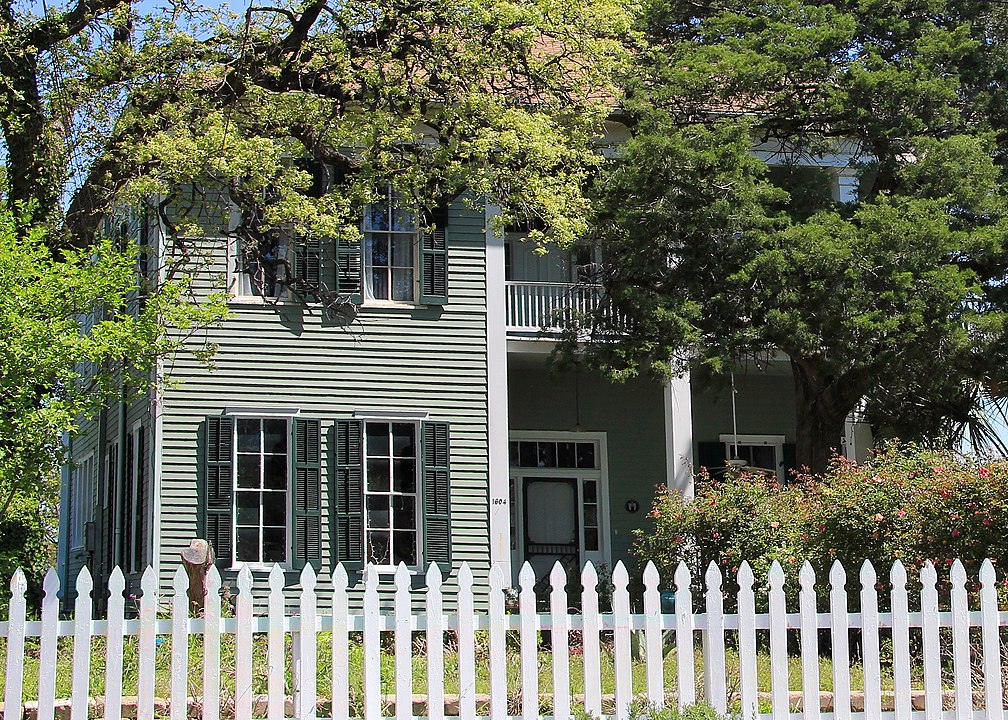 The German American Ladies College. Date unknown, but believed to be sometime in the late 19th century. 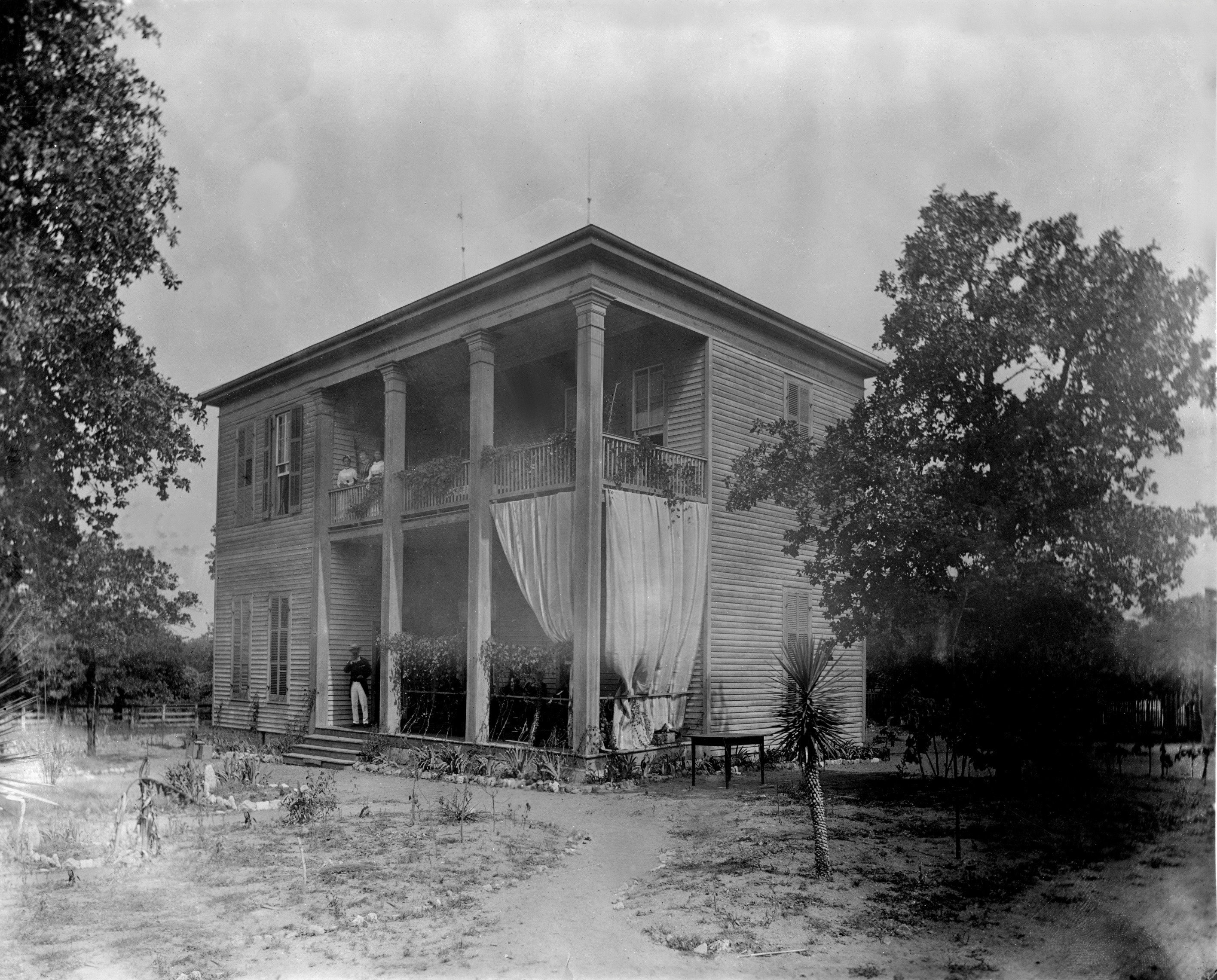 Constructed in 1876, the wood frame, Greek Revival house served as the private German American Ladies College for four years, from 1877 until Austin's public school system began operations in 1881. Its emergence demonstrates the difficulties Austin enjoyed after the Civil War in establishing a public school system; thus, private schools proved critical to the community.  As well, it serves as evidence of the significance of German immigration into Central Texas, including Austin.
For much of the nineteenth century, few public schools existed throughout Texas, leaving most of the educational responsibilities to local communities, who regularly relied on private schools. However, when Texas formally returned to the Union in 1870 (post-Civil-War), the state legislature passed a bill that made attendance in schools compulsory as a means of establishing a public education system. However, the law mainly went ignored until the enactment of the new Texas Constitution in 1876, which provided outlines for a permanent public school fund. As a result, Austin attempted to establish a public school system in 1871, but a lack of teachers and funding hindered that progress, which allowed for private schools to thrive. Indeed, thirty-four private schools operated in Austin (with nearly a dozen of them all-girls schools) between 1871–1875, which correlates to a period of explosive population growth in Austin. By 1881, the number rose to forty-eight private schools operating in the city, including German American Ladies College.
The German American Ladies College, under the direction of two German immigrants, Alice Nohl and Natalie Von Schenck, opened its doors in 1871 at a rented building. By the end of the first semester, the two women hired four additional teachers and enrolled another 50 students. One of the rules of the institution obliges the pupils to speak English three days a week and German on the remaining days so that young ladies not acquainted with the former or the latter language have the opportunity to learn it in the shortest time.
The attachment to the German language speaks to a German-immigrant population that sought to maintain its motherland culture.  Many Germans departed Germany as political or economic refugees and then arrived in the Hill Country during the mid-nineteenth century. So, although they felt compelled to leave, they strove to maintain their strong cultural identity, which is also evidenced in the area by local architecture and churches.
Though it is not clear why they needed to move to a new location, the directors moved the school in 1877 to the historic wood-frame building, having leased the two-story house Julius Moreau had contracted with Frederick Braun to build the previous year.  Four years later, in 1881, Anna Von Schenck Ritz arrived in Austin to teach alongside her sisters at the German American Ladies College. However, but by the time of her arrival, the school had closed alongside an abundance of private schools that same year; the public school system in Austin took over as the primary education system that year.
After the school closed, the house continued to function as a home to numerous, prominent and influential family of teachers. Anna Von Schenck Ritz remained in the home despite the closing of the college, and her daughters Helene and Maria taught music and language courses at the nearby Stuart Female Seminary for more than a decade. Maria married Gustav Sievers, and the two of them went on to train a generation of young musicians. In short, the need for private schools combined with the influx of German immigration provided the impetus for the house, and its residents, to have a significant impact on the community's culture and education.

The German American Ladies College. Date unknown, but believed to be sometime in the late 19th century: Photo found at the Texas State Historical Association at https://www.thc.texas.gov/preserve/projects-and-programs/national-register-historic-places/german_american_Ladies_college