The New York Cancer Hospital was the first hospital in the United States established with the sole purpose of treating cancer patients. The building now houses luxury condominiums but when it opened in 1890 it was only the second cancer-specific hospital in the world. The hospital was built between 1889 and 1890 in a curious style that is reminiscent of French chateaus. In the 1950s, the facility was renamed the Memorial Sloan-Kettering Cancer Center and moved to its current location on the East Side. The hospital's former buildings here on Central Park West entered a long period of slow decline following the move. In the early 2000s, however, New York's real estate boom led investors to fund the restoration of the building and the effort to convert the structure to condominiums. The building is a New York City Landmark and is listed on the National Register of Historic Places. 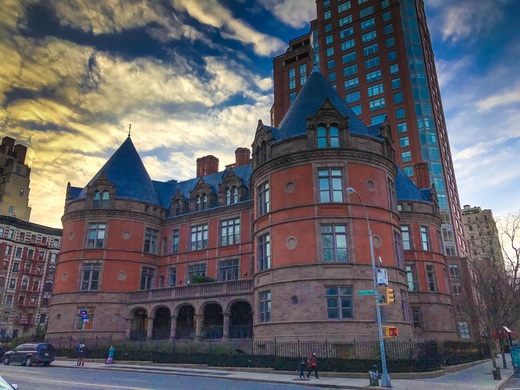 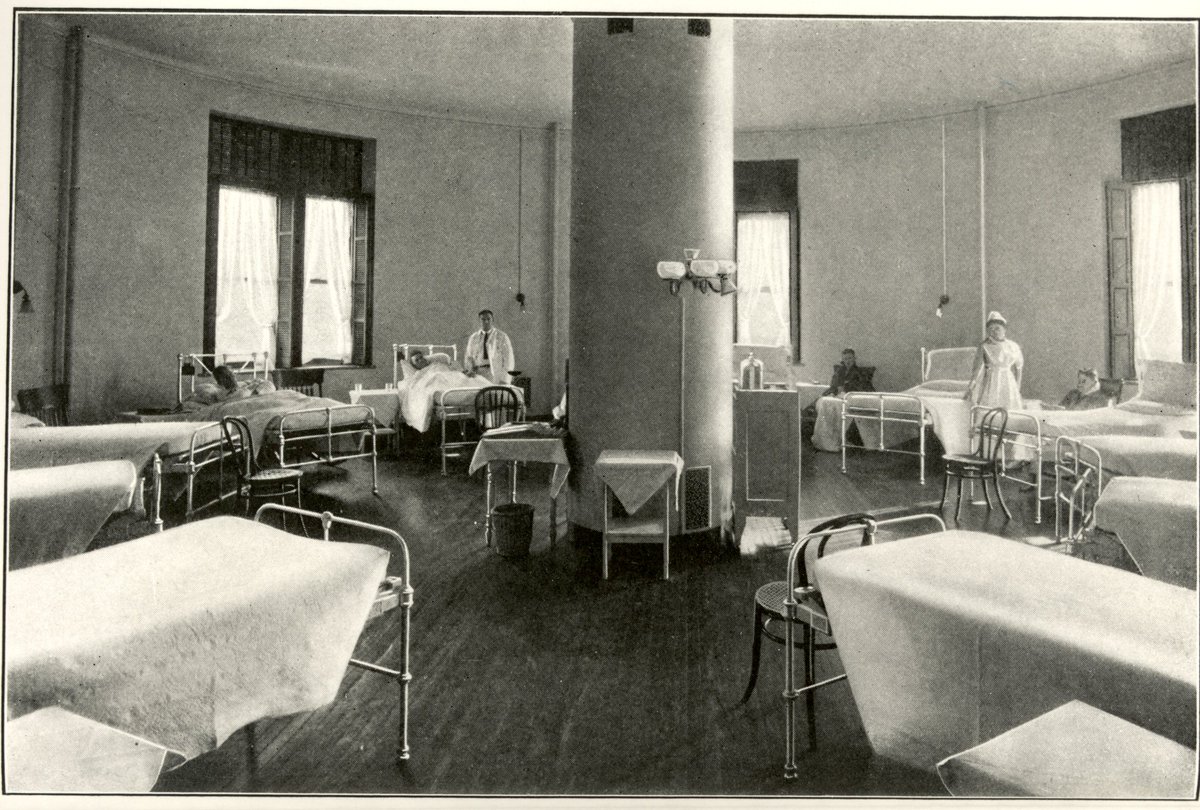 The hospital as it appeared in the late 1800s 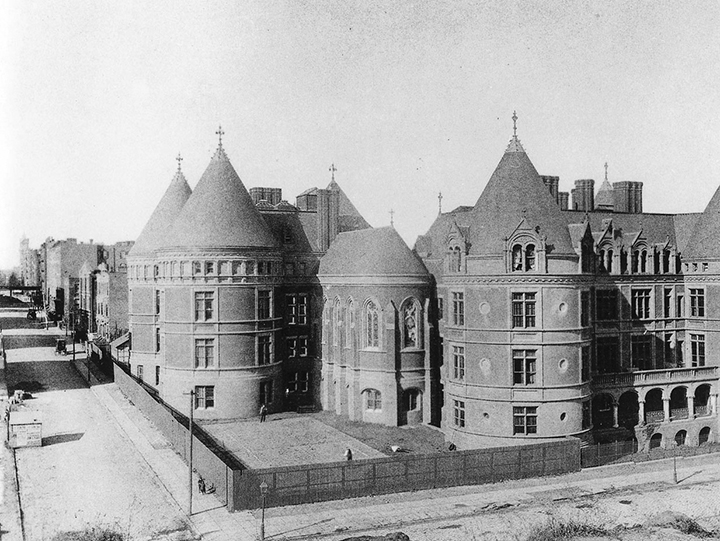 The hospital when it was largely a ruin

Until the late 1800s, cancer was a highly stigmatized illness and one which many people assumed to be caused by poor habits. It was also believed to be incurable and contagious. When wealthy people were stricken with the disease, they often left the country to be treated in Europe, away from the judgement of neighbors and where doctors had more effective treatments. It was only when former President Ulysses S. Grant developed throat cancer in the 1880s that Americans began to change their thinking about the disease and to pursue effective treatments.

When news of Grant's illness was made public, a group of wealthy New Yorkers came together to found a cancer hospital. Among the hospital's benefactors were John Jacob Astor III and Joseph Drexel. At the time, hospitals that catered primarily to wealthy patients were often built in a luxurious manner, with amenities more suited to a fine hotel than a hospital. The New York Cancer Hospital was no exception. Designed by architect Charles C. Haight, the hospital is reminiscent of a French chateau, its most distinguishing feature its rounded towers.

At the time of the hospital's inauguration, cancer treatment was largely palliative. But the hospital was considered highly innovative, offering the best care available. Patient wards were housed in the circular towers because it was believed that dirt and dust that gathered in corners were breeding grounds for germs. The rounded wards also allowed a nurse at a central desk to observe patients at all times. The hospital was also built with a focus on ventilation because planners felt it was critical to remove unpleasant odors from the facility.

Because the wealthy were often treated at home, the hospital made efforts to lure well-paying patients to the new facility. In addition to its modern innovations, the hospital also offered champagne parties and carriage rides through Central Park.

In spite of all its luxury trappings, however, the hospital could do little to cure its patients. Most were simply given morphine or alcohol (the hospital reportedly spent more on alcohol than it did on medical supplies) to alleviate patients' pain. Infections were common, and deaths occurred so frequently that a crematorium was built in the basement. (The crematorium's smokestack still stands.)

By the early 1900s, the hospital began to struggle financially. But it remained focused on innovation and became a hub for research on the use of radiation therapy. Eventually, the hospital, renamed the General Memorial Hospital for the Treatment of Cancer and Allied Diseases, moved to the Upper East Side.Today it is known as Memorial Sloan-Kettering Cancer Center, and is one of the best cancer hospitals in the US.

The castle-like building that originally housed the hospital entered a long period of decline. For a time it functioned as a nursing home, but closed in 1974 after allegations of patient abuse and the general deterioration of the building. The 1970s were lean years for New York City, and there was little interest in spending a fortune to rehabilitate a dilapidated former hospital. Nevertheless, the facility was designated a New York City Landmark in 1976 and was added to the National Register of Historic Places the following year.

The building--with gaping holes in its roof--continued to decline until 2000, when it was purchased by developer Daniel McLean for $21 million. It took years, but McLean restored the hospital building and added a 26-story tower to the property. It took years and required that the buildings be completely gutted, but eventually the property was converted into luxury apartments. The renovation was completed in 2005, and the former cancer wards are now multi-million dollar apartments.