Built in 1887, this historic bridge stands one of the state’s oldest masonry arches and located at the site of the first bridge in Austin, which opened up the area west of the city to development. In an unusual decision for the period, the limestone bridge replaced an iron structure. Its wide width speaks to the original city plan conceived in 1839, and because it is so wide, the bridge continues to serve as a significant east-west artery with four lanes for automobiles as well as room for parking, walkers and cyclists. 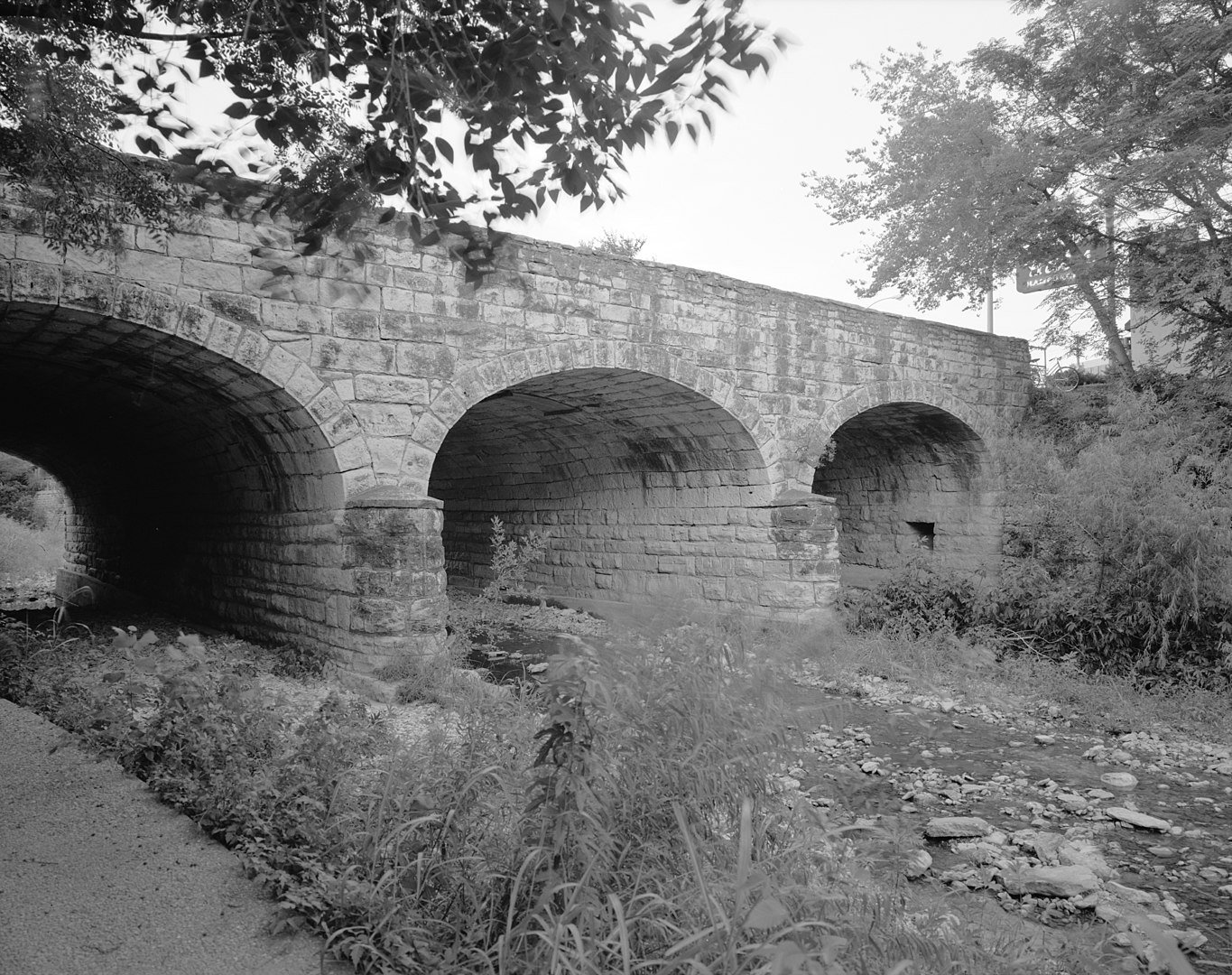 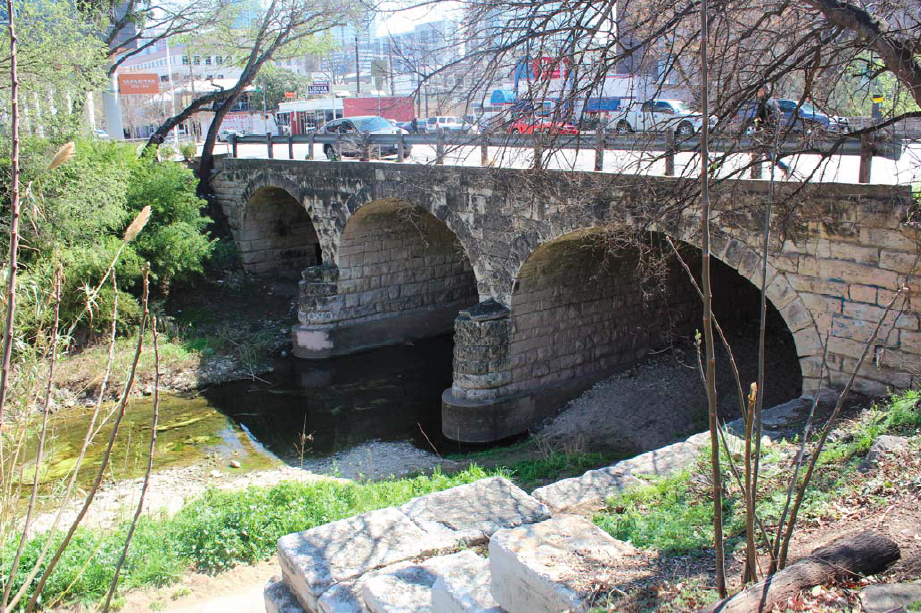 The 1887 West Sixth Street Bridge in Austin, Texas, a hand-built three-arch masonry bridge spanning Shoal Creek replaced an earlier iron bowstring arch. Its width conforms to the expanse of the streets initially determined by Edwin Waller's 1839 city plan, which allowed for the passage of wagons going in either direction (and it also allowed for the installation of tracks for mule-drawn streetcars first used in Austin in 1875). The bridge stands as one of the state's oldest masonry arches and continues to serve one of the city's principal east-west arteries.
In 1839, Texas President Mirabeau Lamar appointed his friend Edwin Waller as an agent to create a city plan for Austin in preparation for its selection as Texas' capital city. Waller developed a one-square-mile city plan between Shoal Creek and Waller Creek with a broad central avenue and wide streets. Hence, the unusual width (80' wide) of the West Sixth Street Bridge over Shoal Creek speaks to the generous dimensions of the roads in Waller's plan.
Though a few bridges existed outside the city limits before 1887, there were no substantial bridges erected inside Austin city limits until 1865 when the U.S. military constructed a small bridge over Shoal Creek at West Sixth Street. Years later, James Raymond, the eventual state Treasurer, concluded that a more substantial bridge proved necessary to help Austin's growth, which he included with a plan to develop a subdivision near Shoal Creek. An iron bridge first spanned the river, but as repairs became necessary, a committee formed by the town decided that rather than spend the money to repair the iron bridge, a stone bridge would serve the town's needs better. The committee's decision was an uncommon one during the late nineteenth century when most structures transitioned from stone to iron, rather than the other way around.  In the end, what resulted was the triple-arch bridge that now stands over the river.
Some repairs to the bridge have been done, notably masonry work, but the bridge mostly appears today as it did when finished in 1887.  Its expansive width has allowed the bridge to serve the city's modern, automotive needs; the bridge now carries a concrete and asphalt four-lane roadway along with enough room for parallel parking spaces and sidewalks on both sides of the bridge.

West 6th Street Bridge, Shoal Creek, Austin, Texas by Ted Lee Eubanks, located at https://shoalcreekconservancy.org/the-6th-street-bridge-at-shoal-creek-a-historic-treasure/, but the original photo (along with others of the bridge) are located at https://www.tedleeeubanksphotography.com/Client-Galleries/Shoal-Creek-Bridges/i-Rzm9VXP