Battle of the Chesapeake

The Battle of Chesapeake occurred on September 5th, 1781 between the British led Rear Admiral Thomas Graves and the French led Read Admiral Francois Joseph Paul. While the Battle seemed to end in a stalemate, it was an incredible strategic victory for the Americans. By holding the British fleets in Chesapeake they were unable to reinforce Lieutenant General Lord Cornwallis in Yorktown. Cornwallis was taken in Yorktown and the Revolutionary War was ended soon after.

Paiting of the battle 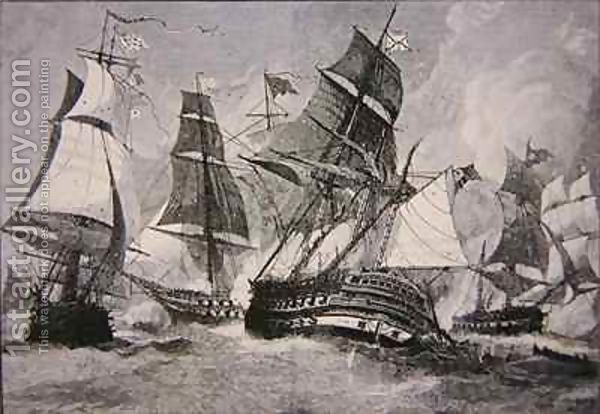 Another painting of the Battle of the Chesapeake 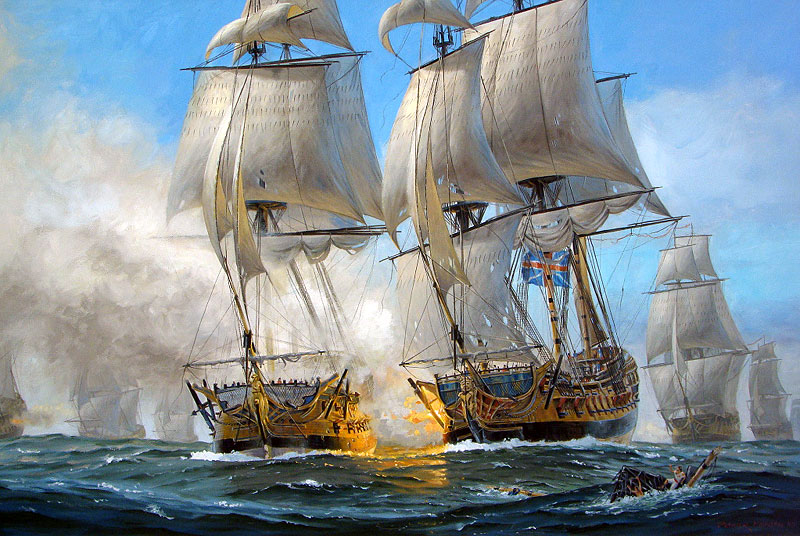 While the French fleet was seemingly inconsequential, the Battle of the Chesapeake was the strategic move that allowed for the Battle of Yorktown. Washington was able to lay siege on the land, but the Revolutionaries had little to no naval influence. When Washington was given the naval backing of the French fleet, he was able to strategize a way to hold Rear Admiral Comte de Grasse away from the harbor of New York. This gave the Revolutionaries the necessary strategic advantage to trap Cornwallis.

The French fleet arrived in the Chesapeake first with the British going to New York for reinforcements first. Grasse stationed a few ships to blockade Cornwallis in. On September 5 the British fleet arrived in the bay, however the battle didn't start right away the delay allowed the French fleet to properly prepare for battle outside of the bay. The battle was a difficult one to fight as the winds never allowed either fleet to get in the right range for the battle.Late in the afternoon the firing stopped and the British withdrew with both fleets just watching for a few days then on September 9th Grasse pulled back into the bay and realized that he had reinforcements

With Grasse reinforcements that arrived his number of ships of the line climbed to 34 leaving the Chesapeake in full French control and left the British navy of no help of coming to Cornwallis aid. The sea was now blocked by the French navy and commenced a siege of Cornwallis while his escape by land was blocked by all the combined French and American troops under Washington. Which led to the British surrender of Yorktown on October 17th which effectively ended the Revolution. The battle of the Chesapeake wasn't so much a huge lopsided victory tactically but it left the French in full control of the bay and the battle it self won American Independence.