Built in 1870 as a family home for local drygoods merchant John W. Johnson, the two-story, Italianate, red-brick building at the corner of Washington and Congress Streets in Bath (Berkeley Springs), West Virginia has housed both the Morgan County Public Library and the Morgan County Historical Society since 1998. The site is particularly notable for its association with James Smith, a signer of the Declaration of Independence from Pennsylvania who purchased the land where the library now stands shortly after the government of Virginia laid out town plots in 1777. The building itself also has connections to political history as the childhood home of Vernon E. Johnson, John W. Johnson’s eldest son and the Speaker of the West Virginia House of Delegates from 1915 to 1917 and again from 1927 to 1929. After the building left Johnson family hands it eventually reverted to municipal authorities, who utilized it as the Bath Town Hall throughout the 1970s. The Morgan County Public Library (which had occupied a number of locations around town since its formation in 1924) moved into the building in 1998, completing an addition to the structure in 2002. The library’s current operating hours are from 9 AM to 6 PM on Monday, Tuesday, Thursday, and Friday and from 9 AM to 1 PM on Saturdays; the Morgan County Historical Society’s hours are from 10 AM to 1 PM on Monday, Tuesday, and Friday and from 9 AM to noon on Saturdays.

An 1876 engraving of James Smith by Ole Erekson. Courtesy of Wikipedia. 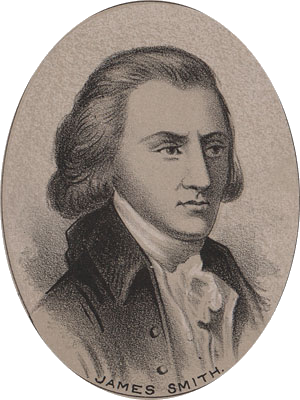 Photo of Vernon E. Johnson. Courtesy of the West Virginia Department of Arts, Culture, and History. 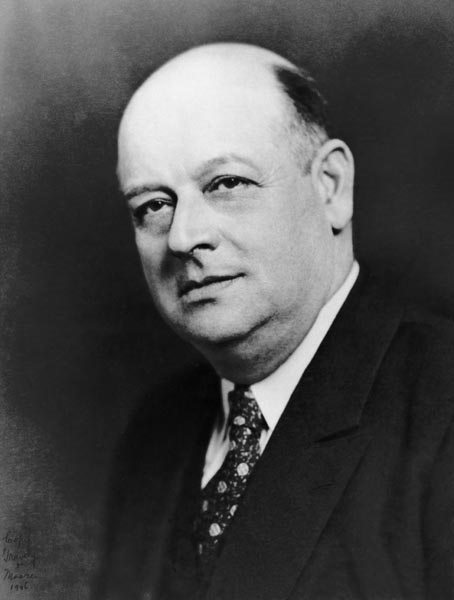 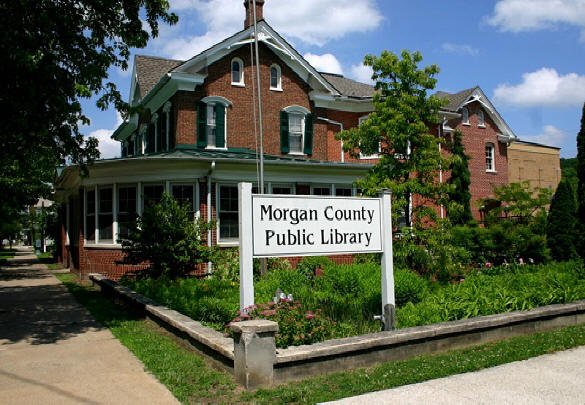 The building that the Morgan County Public Library and the Morgan County Historical Society share at the corner of Washington and Congress Streets once served as the home of the local drygoods merchant John W. Johnson and his family, who lived in the house for several decades after its construction in 1870. The original owner of the land (Pennsylvania Congressional delegate and signer of the Declaration of Independence James Smith) purchased the plot after Virginia put it up for sale in 1777, while the Johnsons’ successors at the site (Bath’s municipal government) took up residence there in the 1970s. The building is perhaps most noteworthy, however, as the childhood home of Vernon E. Johnson, Speaker of the West Virginia House of Delegates from 1915 to 1917 and again from 1927 to 1929. These facts, combined with the building’s use by the library and historical society, make it integral to the historical community in the area as both the center of historical interpretation in the community and a site with significant connections to the political history of the town, its state, and the nation.

The Morgan County Public Library stands on a quarter-acre plot of land that the government of Virginia first listed for sale in 1777, one year after passing legislation to form the town of Bath (named after the famous English spa destination) on fifty acres around the local warm springs. The plot was, like every other one in town, half the typical size generally allotted for settlers in planned communities like Bath. The choice was deliberate: the Virginia government had no expectation that its customers would live in Bath full time or need the usual outbuildings associated with rural life; instead, it expected the plots to become the site of vacation homes for early America’s wealthy elite. Those elites responded with gusto to the idea early on, purchasing many of the town’s lots on the advice of its main promoter, General George Washington, who himself commissioned the construction of a luxury home there by local entrepreneur and inventor James Rumsey shortly after the American War for Independence. In many cases, however, those early landowners found themselves too preoccupied with affairs at home to devote much attention to their languishing estates in rural Virginia. Even Washington himself wasn’t immune, so busy throughout the remainder of his life following the war that his visits to the town eventually stopped entirely. Whether or not James Smith, the owner of Plot 86 where the library now stands, had a similar experience is unclear. At the very least, it seems likely that he purchased the plot as a result of his association with Washington as a delegate to the Continental Congress for Pennsylvania. Given that he remained active in eastern Pennsylvania after the war and for the remainder of his life, it also seems likely that he too was unable to spend much time thinking of his land in Bath.

The structure that currently occupies what was once known as Plot 86 was originally the home of John W. Johnson, who ordered its construction in 1870.  Johnson, a local drygoods merchant, made his fortune in the town during the second of a number of resurgences in its popularity over the course of its history (the first occurring in the decade before the American Civil War and the second in the one after). During the second resurgence, as with the first, improvements to regional infrastructure coincided with renewed interest nationwide in the curative power of nature, attracting entrepreneurs like Johnson and others who opened new businesses catering to visitors from the political establishment in Washington, D.C. These individuals, and some of their customers, chose to build luxury homes for themselves and their families in the town, contributing some of the area’s most notable architectural attractions. The one Johnson built went through a number of changes after its original construction that have made much of it nearly unrecognizable, including renovations to the exterior over the years and an expansion added in 2002. Still, the basic Italianate architecture of the building remains intact, most notably the low-pitched roof, projecting eaves, and angled bay windows.

Still it’s not the building’s appearance that makes it truly noteworthy, but the fact that it was the childhood home of West Virginia House Speaker Vernon E. Johnson. Born in Berkeley Springs in 1880 to John W. Johnson and his wife Eliza, Vernon E. Johnson served as Morgan County’s representative in the West Virginia House of Delegates off and on throughout the early twentieth century. Johnson’s political career culminated with his time as Speaker of the House from 1915 to 1917 and again from 1927 to 1929, but he also occupied a variety of other government positions throughout his life (perhaps most notably as a member of the governor’s military staff, for which he earned the rank of colonel). His progress in state politics took a dramatic turn with the collapse of the stock market in 1929, however. Johnson’s prominence in the state government coincided with a concerted effort on the part of Republican leadership to attract industrial investors to the region by pursuing an anti-union agenda. Unfortunately for them, as the economic situation worsened more and more of those investors chose to leave the state, leaving Johnson and his fellow Republicans to deal with the fallout from voters. As a result, the party lost control of the House in the midterm elections of 1930 and Johnson lost his position as Speaker of the House. The state’s Republican governor William Conley consoled him with a position as Collector of Internal Revenue, which Johnson occupied until Conley left office in 1933. The final election in which Johnson participated, 1944, saw the further cementation of Democratic power in the state. Johnson himself, who was running for state auditor, died campaigning in Charleston in April of that year at the age of 63.  The Democratic Party dominated politics in the state for decades afterwards.

The Johnson family, meanwhile, eventually left their home at the corner of Washington and Congress Streets, after which the building became Bath’s town hall, housing the community’s municipal government throughout the 1970s. The Morgan County Public Library moved into it in 1998 after occupying a number of other locations around town since its foundation in 1924 (including the second floor of the town’s bathhouse and the courthouse annex). The Morgan County Historical Society went with it, having shared space with the library for much of the time since its own establishment in 1971. The structure’s use by the town hall, library, and historical society, along with its associations with political figures from the Founding Era and Great Depression, have ensured its centrality to the history and historical community of the area. On the local level, the history of the site’s occupation reflects the course of the town itself, occupants arriving and leaving with the rise and fall of Berkeley Springs’ popularity as a resort destination. On a broader scale, the plot of land at the corner of Washington and Congress also connects its community to events and processes from the past that impacted lives not only in the town of Bath but across the surrounding state and nation. Both ensure the Morgan County Public Library’s unique position in the history of the area and its study. Anyone interested in exploring that history further can do so during the library’s and historical society’s respective regular operating hours (9 AM-6 PM on Monday, Tuesday, Thursday, and Friday and 9 AM-1 PM, on Saturday; 10 AM-1 PM on Monday, Tuesday, and Friday and 9 AM-noon on Saturday).