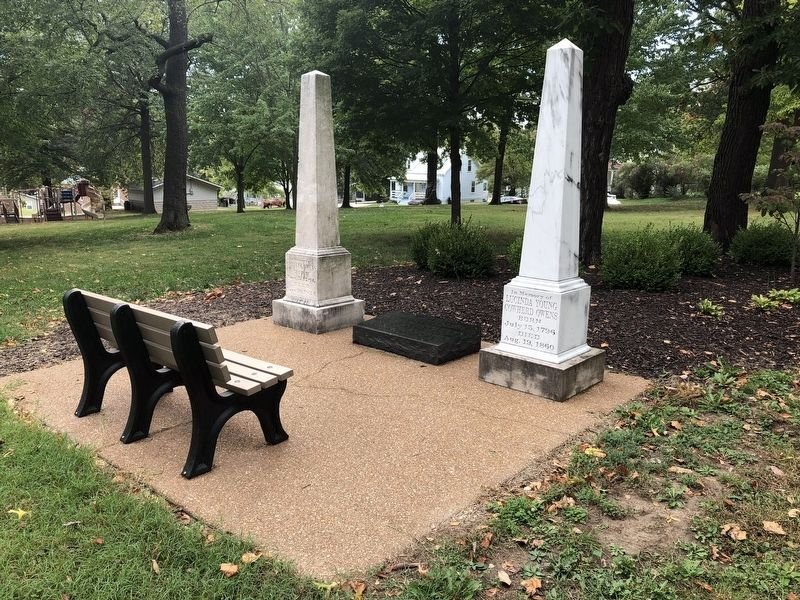 William Owens bought the land that would become Washington in 1829. Tragically, he was murdered in 1834 but Lucinda kept the dream alive. She bought the property and on May 29, 1839 filed a plat of the county, which established the town. The cemetery continued to accept burials until 1880 and it was officially closed in 1883.

The cemetery was then left neglected and by 1926 it was decided that it should be eliminated altogether. However, the majority of burials were not moved, including Lucinda and William. William's grave was found in 2012 and records indicated that Lucinda's grave was located nearby. This is why the two tombstones are located next to each other.