Constructed in 1928, this historic hotel became the first skyscraper between St. Louis and Kansas City. This was the leading hotel of the city and boasted luxurious and state-of-the-art features such as an ice water cooling system. The hotel closed in the 1980s and the building was converted to retirement condos and operated as the Kensington for many years, but retained the original "Tiger" sign on the building's roof. This sign, like the building itself, has long been one of the leading landmarks in Columbia and was restored in 2004. The building underwent an extensive renovation under new ownership in 2011 and once again serves as the leading downtown hotel on the road between Missouri's two largest cities. 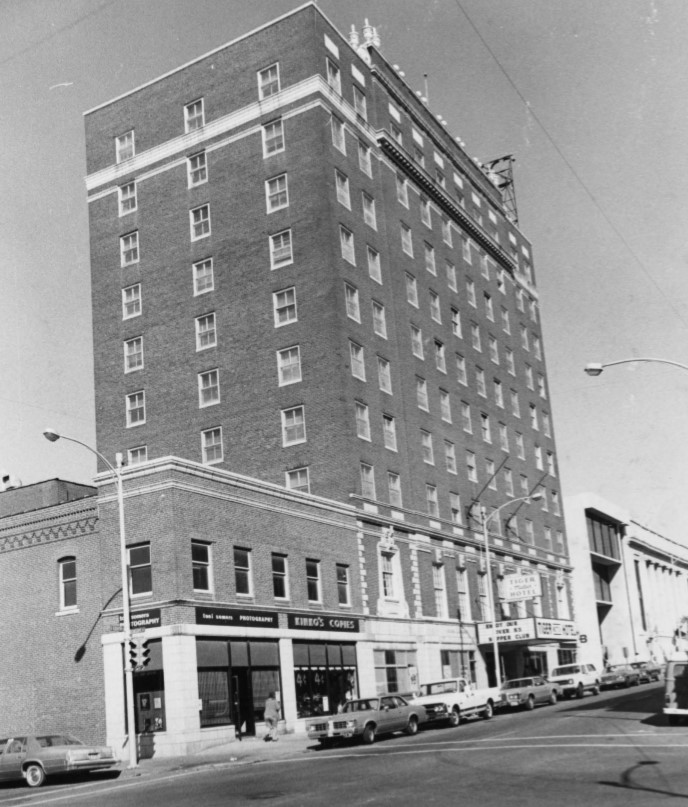 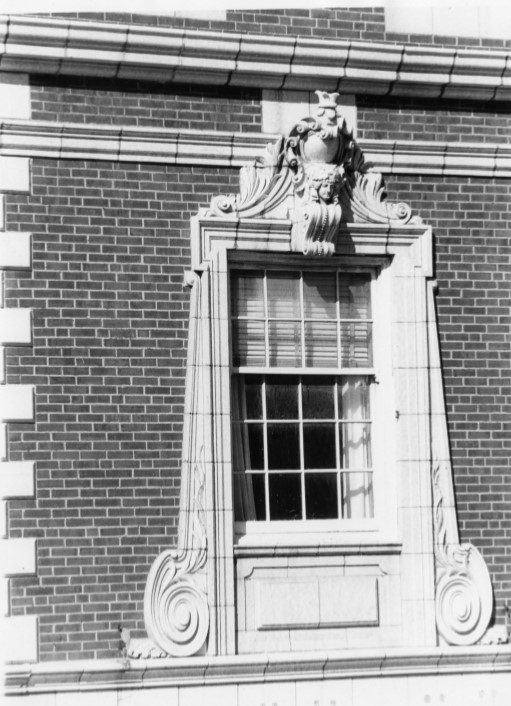 The ten-story building known as The Tiger Hotel was constructed in 1928 by the Simon Construction Company as luxury accommodations. Designed by Alonzo Gentry, who also helped design the Statler Hotels, the original design held 100 rooms. The original operators had intended to create a combination hotel and theater but learned that another developer nearby planned the same thing. Will Bowling, one of the four men in charge of The Tiger Hotel, reportedly made an agreement with J. Dozier Stone, the owner of the Missouri Theater, that each building would stick to one purpose.

When car travel became more popular, the hotel rebranded as The Tiger Motor Hotel and featured free guest parking in automatic garages. In the 1950s, rates were $6.50 per night for non-air conditioned rooms and a buck more for air conditioned rooms.

In 1979, the building was listed in the National Register of Historic Places. The building is faced with red brick and features cream-colored terra cotta ornamentation. The first floor is faced with terra cotta with stone quoins at the corners. The central six windows of the first floor above the entrance doors are decorated with terra cotta keystones with a lady's head motif and scrolled buttresses (see the second photo). Large terra cotta urns top the hotel's attic story. Twenty-foot high ceilings create a dramatic entry to the lobby, featuring large piers with applied tiger heads. The mezzanine level contained a ballroom with crystal chandeliers and elaborate molding.

The building's owners went bankrupt twice in the 1980s. Business had declined due to not being located on an interstate route. The Tiger was renovated into a retirement community in 1987 and was known first as the Tiger-Kensington and later in the 1990s as Tiger Columns. The building has been used for overflow housing for University of Missouri students. The letters in the TIGER sign atop the building were restored in 2004 after not being lit for 42 years. Each aluminum letter is about eight feet tall and was recurved to match the old letters, that had been cut by hand.

The hotel building had changed hands almost a dozen times in eight decades, once reportedly via a game of poker. The hotel reopened in 2014 after its first year of renovations under a new owner, Glyn Laverick, a native of England. The interior was taken back to the brick walls and reconfigured. Laverick happened across the building while passing through Columbia several years earlier and was intrigued by its possibilities but was told the vacant structure, formerly the senior center, already had a developer. The Tiger Hotel's latest incarnation under Laverick as an independent hotel with 62 guest rooms has earned a four-star rating. Their tagline is "Upscale modern meets historic urban architecture." Many of the interior elements have been altered over the years, but the grand chandeliers by Tiffany & Company in the lobby have survived and the terrazzo inlaid floors have been restored. The building boasts the oldest mailbox in Columbia, between the two elevator doors on the main floor. The hotel includes a speakeasy lounge, the Vault; a nightclub, V2; a restaurant, The Oak Room; and a cupcake/pastry shop, The Velvet Cupcake.