Located in the historic Dr. Enoch and Amy Zewicki House, the Osage County Historical Society is dedicated to preserving and promoting the history of the country. It was established in 1981 and operates the Zewicki House as a house museum. The home, which is listed in the National Register of Historic Places, was built by the Zewickis around 1895 and is a well-preserved example of 19th-century vernacular architecture (specifically, the Queen Anne style). The Zewickis operated the property as an urban farmstead and there were originally a few outbuildings including woodsheds, barns, and carriage houses. Today, just behind the home is a barn that is the Society's Cultural Heritage Center, a modern barn-like structure built in 2013. It serves as the repository for the Society's collection, which includes photographs, genealogical records, documents, and other materials. There is also exhibit space for traveling art and historical displays.

The Dr. Enoch and Amy Zewicki House is the location of the Osage County Historical Society, which was founded in 1981. 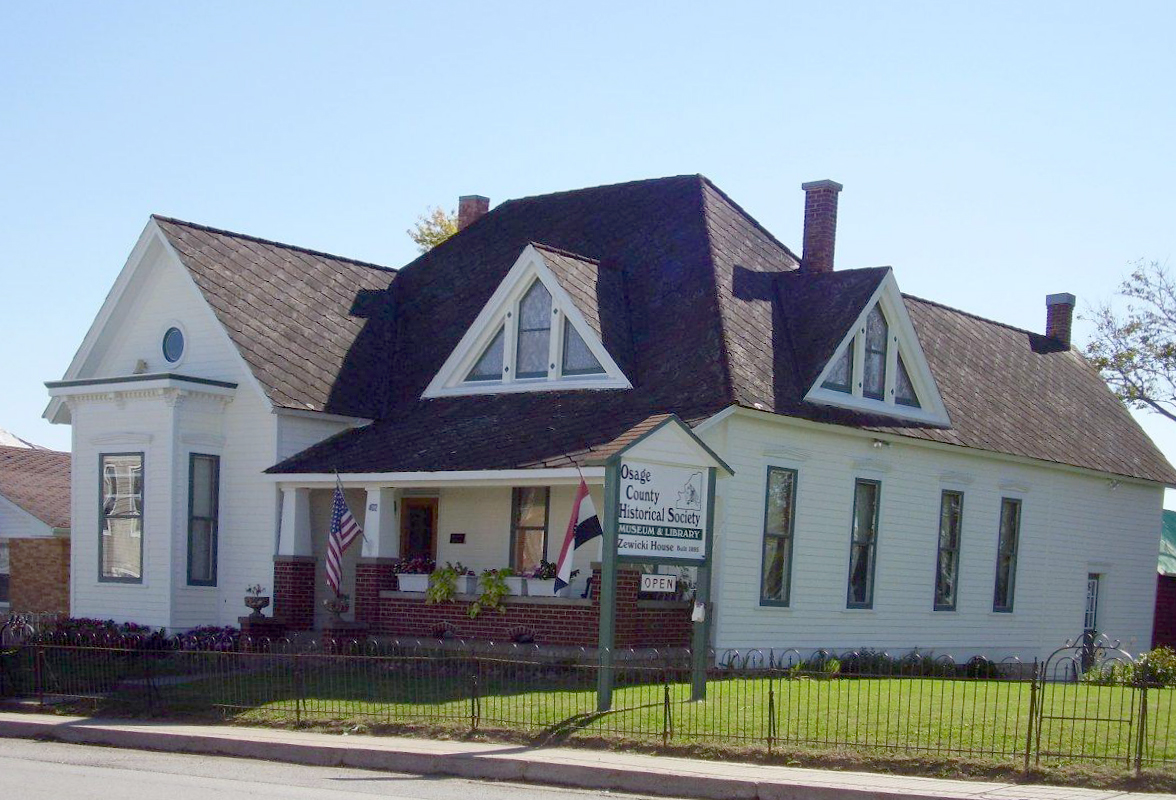 Urban farmsteads along Main Street were common in Linn's early history as residents needed to produce enough food for themselves. These included Dr. Zewicki, who was a dentist, and businessmen and other professionals. Dr. Zewicki practiced for 38 years and lived at the house for the majority of that time. The porches were built between 1910-1916 and plumbing and electricity were added by 1927. The house remained in the family until 1986 when the Osage County Historical Society acquired it.