Built in 1958 as a dormatory for men, this building is named for Roy McCuskey. Dr. McCuskey had a long history with the school as a student, a trustee, and as president.

McCuskey Hall under construction. Notice the "classic car" on the sidewalk and the old Spring House in the bottom left corner. 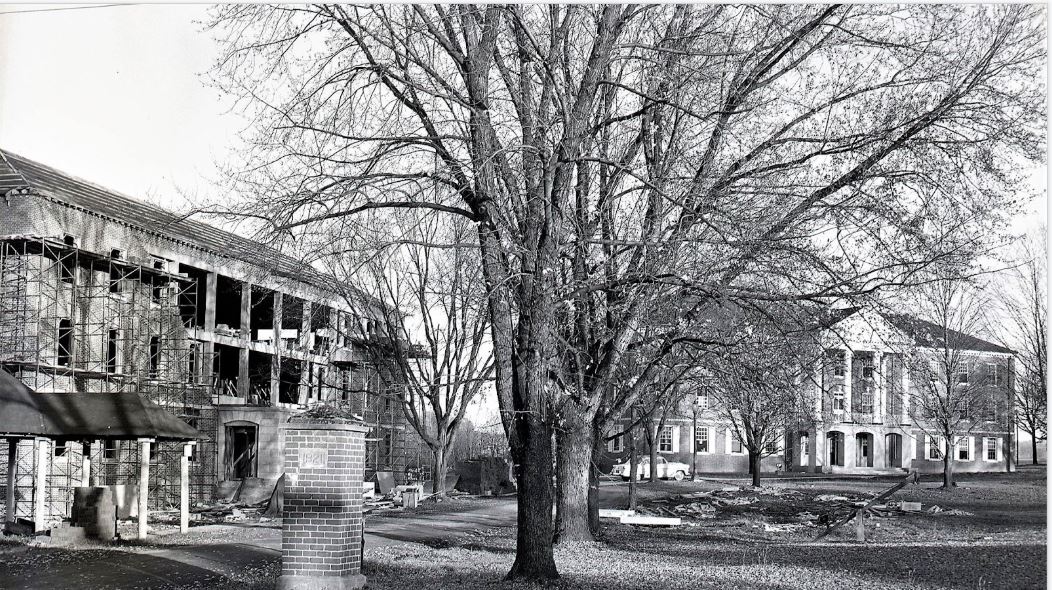 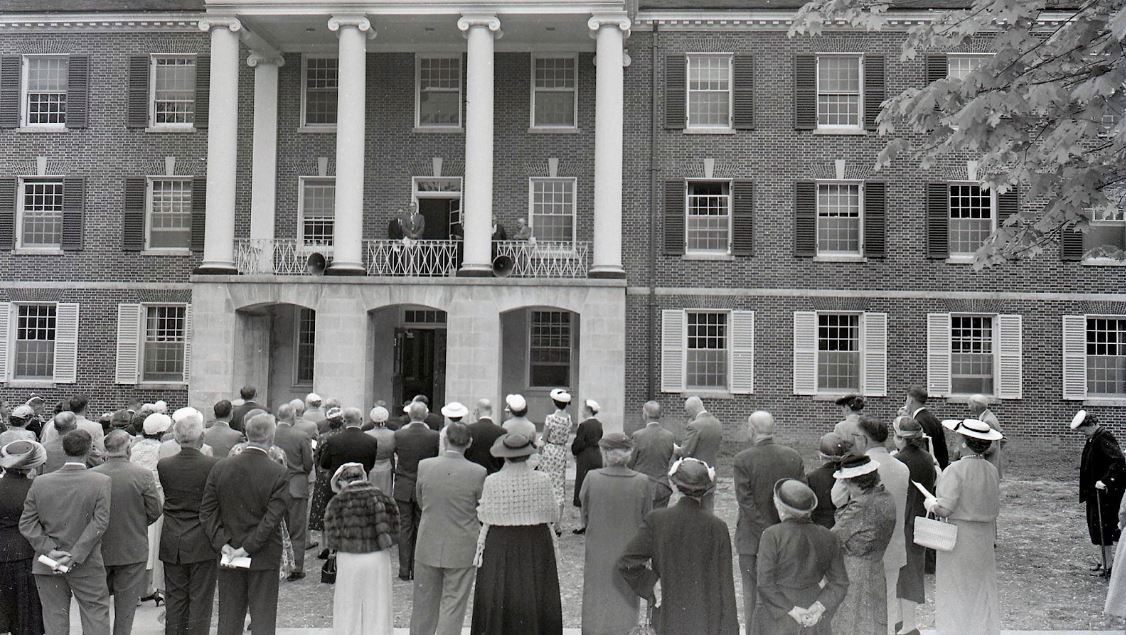 There was a cafeteria on the first floor of McCuskey Hall for many years. This area is now the home of the Art Department and the Sleeth Gallery is located on the first floor where the lounge previously served as a gathering space for residents. The gallery honors Ronald and Natalie Sleeth.   Ron (Class of 1942) was president of the college from 1976-77. His wife, Natalie, was a noted composer of sacred music.
McCuskey Hall is named for Roy McCuskey, who graduated in the 1905 class of The West Virginia Conference Seminary. After completing the Classical Course, he then continued on in the college level work, and graduated from West Virginia Wesleyan College in 1908.

Dr. McCuskey went on to Seminary at Boston University to earn his S.T.B. in 1911, and served as a pastor in the West Virginia Conference of the Methodist Episcopal Church. He served as a trustee of the college from 1921-1931, when he was chosen to be the president of the college. He served in that capacity from 1931-1941.