Battery Potter was constructed in the early 1890s and was operational until 1906. Battery Potter was part of Fort Hancock, which was an operational defensive fort in the Sandy Hook area of New Jersey for over a century. The area is now part of a historic park that is open to the public. The fort's original purpose was to be the main line of defense for the entrance of the New York Harbor and to provide the Atlantic coast with protection. Construction started with the Sandy Hook Lighthouse in 1794. Due to the strategic value of the peninsula, Congress funded the construction of this fort from 1856 to 1867. With the end of the Civil War, Fort Hancock was not manned or even complete. However, the project made it possible to quickly add modern and operational batteries in the global conflict of the 1890s. The area saw improvements and use in the World Wars and the installation was in service from 1896 to 1974. 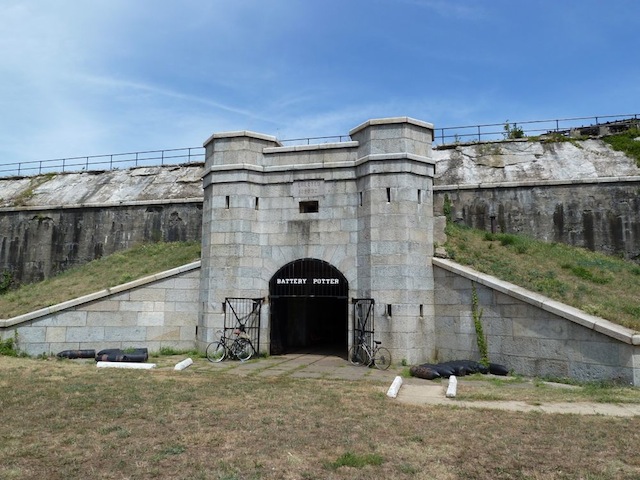 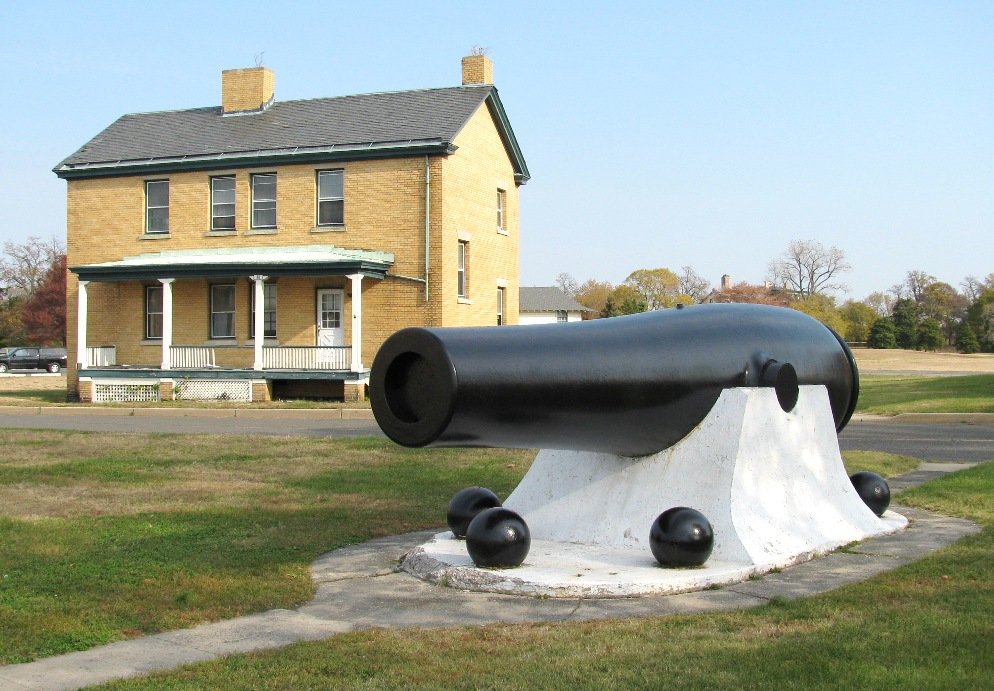 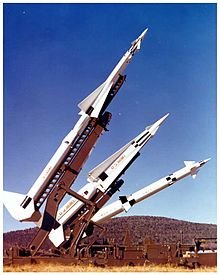 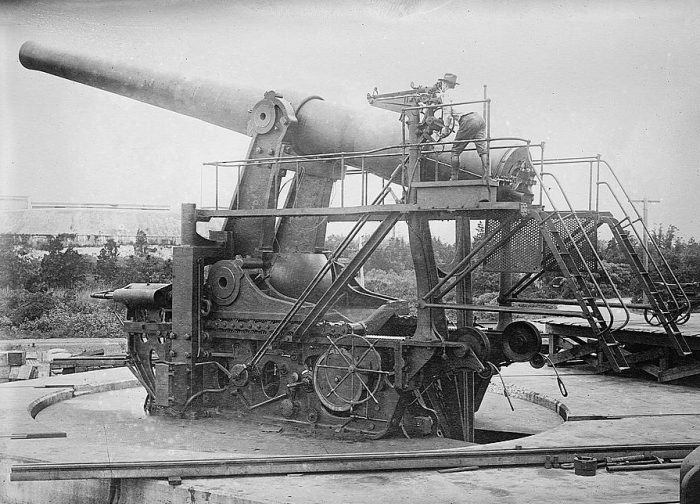 During the colonial period, ships needed a deep channel to enter New York Harbor, this meant ships had to sail next to the shore of Sandy Hook. For this reason, this small peninsula played a big role in the safety and coastal defense of New York City. The beginnings of Fort Hancock started with the construction of the Sandy Hook Lighthouse in 1794 to assist in naval navigation into the harbor. As a result, the structure quickly inherited military value and a military presence soon followed its construction. With New York City in the hands of the British in early 1776, the peninsula was easily captured and remained under the protection of loyalist until the end of the Revolutionary War. The Continental Army would attempt to destroy the lighthouse on several occasions but failed each time. However, the damage the lighthouse received would not be repaired until just before the Civil War.

After the War of 1812, recommendations were made to construct a large permanent fortification at the end of the peninsula to serve as the mainline of defense for the New York Harbor. The initial thoughts for constructing the fort in this area was part of the “third system of fortifications”. This system was highly important to American Militant leaders, as it protected America’s independence from Britain and other possible enemies in Europe. The system entitled the creation of a lasting defense along America’s coasts to protect the mainland from our enemies who primarily would only being able to attack by way of the sea. This also a a cheaper alternative than posting a standing Army along the coasts. Finally, over the next few years the area would receive new building supplies and materials, leading to the fort’s construction in 1859. After the fort was designed and assembled, it was never officially named, which allowed for the fort to be often referred to as Fort Hancock due to the name of the area in which it stood. In addition, the local populace often referred to it by different names such as Fort Lincoln and Fort Hudson.

Robert E. Lee was among the military personnel who helped design of Fort Hancock. At the time Captain Lee was part of the engineering corps, and he was instrumental in the design of the original two tower overlook. This design was later changed and redesigned as a “five bastion irregular pentagon.” This design which was the norm for the third system forts in the northwest, called for 173 guns on three seacoast fronts, one casemated and one barbette with 39 more guns facing the landward approaches. Sadly, Lee’s vision for the fort was never fully realized as following the Civil War, it was found that masonry style forts were susceptible to rifle fire. Therefore these types of style of forts received no more funding for their creations in 1867, this also included Fort Hancock. Construction was halted and the remaining materials along with much of the already used material was repurposed to create the Sandy Hook Proving grounds in 1874, which worked in tandem with the fort.

Starting in 1890, the Fort went through some changes. First, the fort was officially named after Major General Winfield Scott Hancock, an Army career officer who served in in the Mexican American War and as a Union General in the American Civil War. Secondly, the Army improved the fort’s defenses by constructing the first of many concrete gun batteries. This was possible by the Endicott Program which was a new and improvised system of fortifications centered around port cities in America. The first batteries of guns were Batteries Potter and Reynolds. Battery Reynolds were a 12” sixteen mortar battery and Battery Potter was the first 12” disappearing gun battery built in the United States, which was originally known as Gun Lift Battery 1. Fort Hancock would see more improvements to its fortifications in the years leading up to the Spanish American War. Stronger and more accurate guns such as, the disappearing Halleck and Granger Batteries were implemented, as well as buildings to support the garrison of troops.

During World War I, Fort Hancock would undergo more changes. When World War I introduced airplanes, Fort Hancock saw the addition of anti-aircraft guns to existing gun batteries, which would protect the coastal artillery form air attack. In addition, two 12” gun batteries named Batteries Mills and Kingman were constructed in 1917. These guns produced a higher arc trajectory and longer range than the other guns on post, however, since they were an open plan the gun and crew were totally exposed to hostile fire and aircraft. Unfortunately, both guns would not be completed until after the war in 1921. Fort Hancock would also face overcrowding within its walls. The six-company capacity was quickly exceeded and as a result seven barrack style buildings were constructed by the end of 1917 to house 1,800 men. The crowding would continue even after the war as Fort Hancock acted as a processing center to handle soldiers for discharge through March 1919. Demobilization quickly reached the post and by June 1919 the fort was reduced to caretaker status.

By World War II, and the advent of new weaponry, the concept of defending harbors with heavy artillery was obsolete and the post changed from a coastal defense to an important anti-aircraft site. Early in the war, Fort Hancock was used as a mobilization center for ground forces. Again, the fort became overcrowded and started out as what is known as a tent city. This was then followed by the expansion and construction of temporary housing for the growing population. During this period, the fort’s population would peak to more than 7,000 soldiers. In addition to new anti-aircraft pieces and ground forces, two Anti-Motor Torpedo Boat Batteries (AMTB) were established on the installation. In 1946, it was decided that gun emplacements were useless in the wars to come, so Fort Hancock’s weapons were scraped, and the installation was decommissioned along with its life force, the Coast Artillery Corps.

Fort Hancock would continue to be activated and deactivated throughout the following years but found promise in America’s military with the addition of the Nike Missile in 1954. The Nike Program was an anti-air defense program that was designed to intercept and destroy fast, high altitude jet warplanes before they could reach the metropolitan area. Fort Hancock would remain operational for another 18 years, however, the introduction of Intercontinental Ballistic Missiles (ICBM) would deactivate the Nike Program. In December 1974 Fort Hancock was decommissioned and turned over to the National Park Service. Today, Fort Hancock serves as National Park with its own museum to show its immense history. There are still a collection of guns and Nike missiles on display on the grounds of the park, including the 20 inch “Rodman” gun, the biggest gun produced during the Civil war.