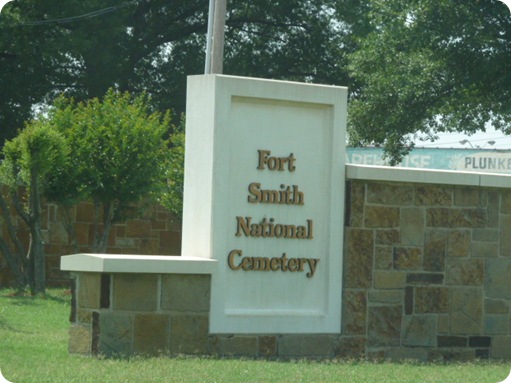 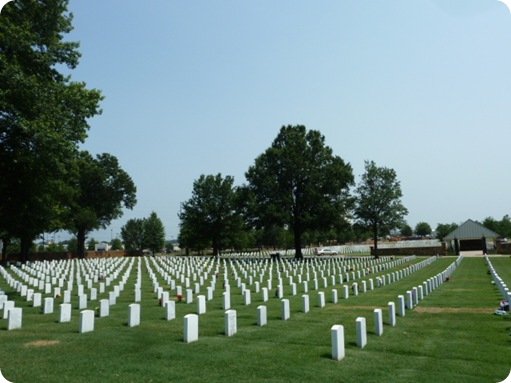 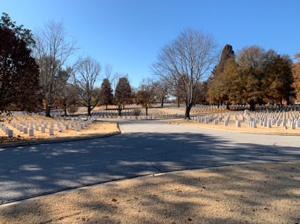 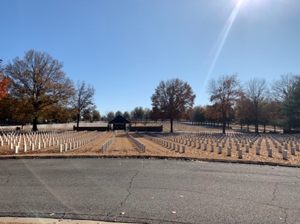 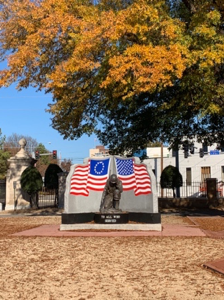 The Fort Smith National Cemetery dates back to the first burials at this location in 1819, just a few years after Fort Smith was founded. It is believed that Fort Smith surgeon Thomas Russell was the first person interned here. Numerous Confederate soldiers and two generals were buried here during the Civil War years, including 475 unknown soldiers. President Grant ordered in 1871 that cemetery be revitalized by the War Department and remain operational for future military burials.

A majority of the cemetery uses the headstones provided by the government, but there are also many civilians buried here including Joel Stubblefield, an educator and administrator who helped build the local college into a four-year institution. The infamous Judge Parker, known as "the hanging judge" is also buried here. The cemetery was placed on the National Register of Historic Places on May 29, 1999.