Built in 1928, the Ethel Barrymore Theatre is the only remaining theater built by Lee and J. J. Shubert for the performers with whom they were affiliated. The Shuberts agreed to name the theater in honor of the popular star if she agreed to star in its first production. Over the years, the Ethel Barrymore Theatre has staged some of the most important plays of the twentieth century, including the premier of "A Streetcar Named Desire." It is one of a few Broadway theaters that has never changed name or owner. 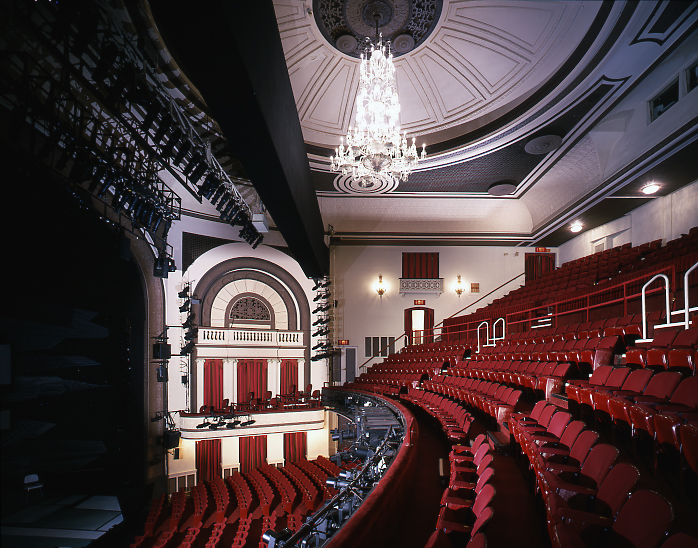 Marlon Brando and Jessica Tandy in A Streetcar Named Desire 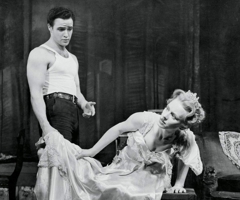 In 1927, Lee and J. J. Shubert, who built numerous New York theaters, approached Ethel Barrymore, then one of the most popular stage actresses, with a proposition. The Shuberts proposed building a theater in Barrymore's name if she would agree to star in the first performance staged in the theater.

The new theater opened in December of 1928. The theater was designed by Herbert Krapp in the style of a Roman bathhouse. It was to be the last of the theaters commissioned by the Shuberts and the last designed by Krapp. As they agreed, Barrymore starred in the theater's first performance, a religious drama called "The Kingdom of God."

Over the years, the Barrymore Theatre hosted numerous noteworthy performances. In 1947, the theater offered what would become one of the most legendary performances in the history of American theater with the production of Tennessee Williams's "A Streetcar Named Desire." The play starred Jessica Tandy as Blanche DuBois, a role for which she won a Tony, and Marlon Brando as Stanley Kowalski. The play ran for more than 800 performances and won that year's Pulitzer Prize. In 1992, the acclaimed play would again be performed at the Barrymore, this time starring Jessica Lange and Alec Baldwin.

The fortunes of numerous Broadway theaters rose and fell over the years, with some theaters forced to close for a time or change owners. The Barrymore Theatre is unique in that it is one of the only Broadway theaters that has never changed name or owner. The theater continues to produce acclaimed dramas and musicals.