Sherman Hall, located on Austin College campus in Sherman, Texas, was officially finished in 1915. The building was originally built to house classrooms, and a large auditorium on the second floor. Sherman hall has held many prominent figures over the years including former president William Howard Taft, William Jennings Bryan and Harry Houdini. The building is still in use today, as it is the oldest building still standing on Austin College campus. 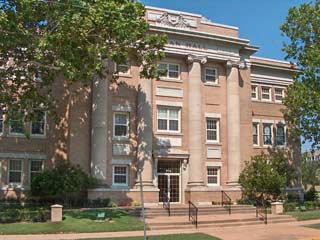 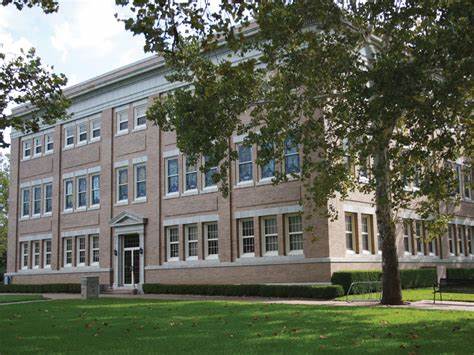 Front side of Sherman Hall, taken in 1926 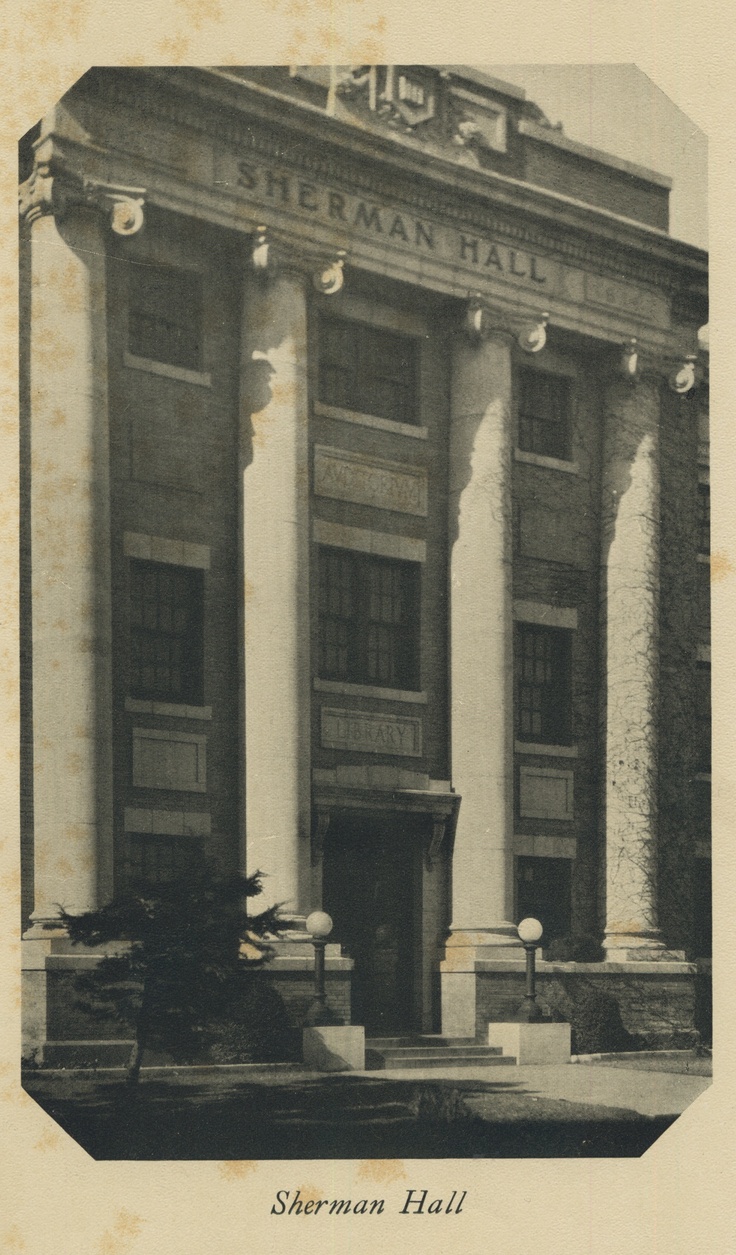 Austin College has a long and rich history, as it is the only institution of higher education still operating in original name and charter dating pre-civil war.[i] Austin College was founded in 1849 in Huntsville but was soon relocated to Sherman in 1876.[ii] At the heart of this lengthy history is one of the oldest buildings still standing on campus, Sherman Hall. Sherman Hall was officially dedicated on April 8th, 1915,[iii] and has held many important responsibilities and events since that time. The building has even witnessed the graces of many prominent people including former president William Howard Taft, William Jennings Bryan and Harry Houdini.

Sherman Hall began construction in 1914 in response to the main building being destroyed due to fire.[iv] The citizens of Sherman donated $50,000 dollars to make this possible.[v] The grand opening was held on April 8th, 1915, and was a gala event open to the public that symbolized the relationship that the college and town of Sherman had built.[vi] The event consisted of religious worship in song and readings, a recital played on a pipe organ build specifically for the auditorium, and short speeches given by notable citizens of Sherman.[vii] The event was considered a huge success, as the auditorium with a seating capacity of 1,000 was completely full.[viii] Only a few weeks following the building hosted the college’s 66th Commencement in which the brother-in-law of president Woodrow Wilson, Dr, Stockton Axson, gave the commencement speech.[ix]

On April 25th, 1919, former president William Howard Taft along with then Governor of Texas William P. Hobby gave a speech to over 1,200 students and citizens of Grayson County in the auditorium located in Sherman Hall.[x] Governor Hobby opened up the event, and former president Taft followed. Taft expressed his support for the U.S. to join in the League of Nations, saying that this would “not make wars absolutely impossible, but to make wars as remote as possible and make peace as permanent as can be”.[xi] Mr. Taft, whom was actually a long-time friend of then president of Austin College Dr. Thomas Clyce, stayed as a guest the night before in Dr. Clyce’s home located a block away from Sherman Hall.[xii] After the dialogue, Mr. Taft even took a formal photo with the entire student body (which was approximately 300 students at the time) before he was taken to Whitesboro by Dr. Clyce, where he then rode a train to Lawton, Oklahoma.[xiii] [xiv]

While the building has held countless classes over a multitude of differing topics, the Lyceum course in the fall of 1924 holds historical significance. On October 16th, 1924, the famous magician and escape artist Harry Houdini gave a “highly entertaining and enlightening lecture”. [xv] The lecture included magic tricks and spoke on the practices and trickeries used by magicians, mediums, and escape artists. The course also held humorist Ralph Bingham, and Secretary of the Navy Hon. Joseph Daniels at later dates.[xvi]

As the decades have passed, the needs of the college have changed, as have the purposes and uses for the building. When the building was opened in 1915, the first floor held the library and reading rooms, while the second story was a large auditorium capable of seating 1,200 people and held a large pipe organ built specifically for the auditorium.[xvii] In 1961 the building had major renovations done in order to better conform to the needs of the college. By the 1970’s the building’s first floor gave way to many faculty and secretarial offices, as well as the Shelton Language Laboratory, while the second floor auditorium was renamed the Hoxie Thompson Auditorium and was used for smaller events and as a classroom.[xviii] As of 2019, the building holds the main offices for the humanities, including history, religion, philosophy and English.[xix] The stain glass windows seen on the second floor are original to the building, and are dedicated to some of the early trustees of the college.[xx]