The Easley House is a private residence and has been the property of the Easley family since construction began in 1919. Designed by famous local architect Alex Mahood, the home is one of few Mahood structures done in the Tudor Revival style. It was built for involved businessman Frank S. Easley who was influential in the development of transportation and education in Bluefield. The home was added to the National Register of Historic Places in 1991.

The Easley House in Bluefield, WV 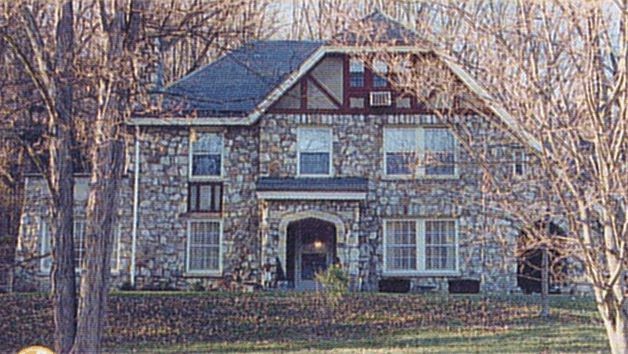 Despite some additions and renovations to the property in 1970, the Easley House in Bluefield, WV remains an excellent example of Tudor Revival architecture. Also known as "The Breezes," the home was designed by architect Alex Mahood in 1919 and construction was completed by 1922. Mahood himself was a significant figure in the development of Bluefield. He was already a prominent figure in the state by the time he moved to the city in 1912. The West Virginia Hotel is another of his more notable projects. Born in Virginia, Mahood went on to study in Paris where he would have largely learned Renaissance and Classical Revival styles. The Easley home is a unique example of Mahood's work as he did not frequently design homes in the Tudor Revival style.

At the time of the home's construction, Bluefield was in the midst of a development boom. This growth was spurred in part by Mahood's work and an economic upturn in the area. The neighborhood in which the Easley home was built was one of the fastest growing areas at the time. A country club was also being developed nearby and is indicative of the wealthy residents who were moving to southern Bluefield. The home was one of many lavish structures to be built at the time.

The Easley family was headed by the wealthy Frank Smoot Easley. The Easley family moved to the area in the late 1800s when Frank still lived with his parents. He was a graduate of the WV State Normal School in what is now Concord. After finished school, Easley spent many years working as a manager for the American Smelting and Refining Co. and later Pocahontas Fuel Co.'s coke department. Relocating to Bluefield, Easley took a management position in Bluefield Coal and Coke Co. and eventually became president of the company. Easley was a well-known contributor to the Bluefield community. He served on committees for a variety of groups including Bluefield College, the Chamber of Commerce, Rotary Club, Country Club, and several transportation committees. Like Mahood, Easley was also involved in the regions developmental boom and helped bring to life the West Virginia Hotel and Bluefield College.

The Easley home was built for Easley and his family after he had obtained his fortune. The home was nominated to the National Register of Historic Places in 1991. Over the years, the home has remained the property of the Easley family. The Easley Bridge on US Route 52 is also named for Frank Easley.

The building is a private residence.