Fiske Theater was constructed in 1950 and replaced a previous theater that had been in operation since the late 1920s. The theater was restored and continues to serve the community thanks to the work of preservationists and the generosity of the later owner, Donald Fiske, who bequeathed the building to the Chamber of Commerce. The theater is the center of Oak Grove's four-block business center on Main Street. The theater is also located across the street from the county courthouse, which was built in 1917. The theater was the first building in the community to be added to the National Register of Historic Places and demonstrates many of the architectural styles that were in vogue in the 1950s. 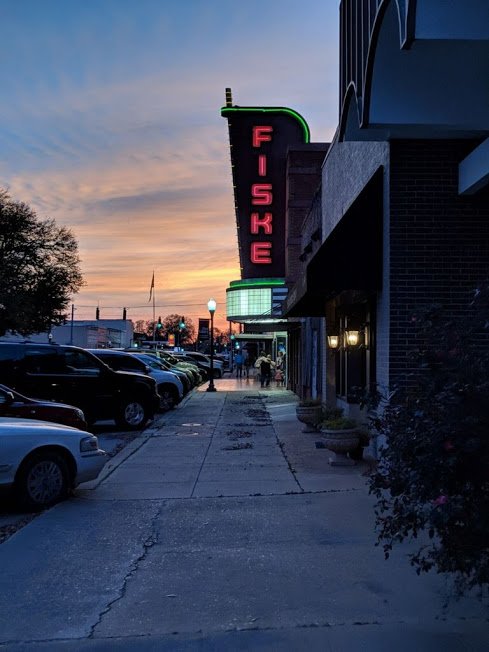 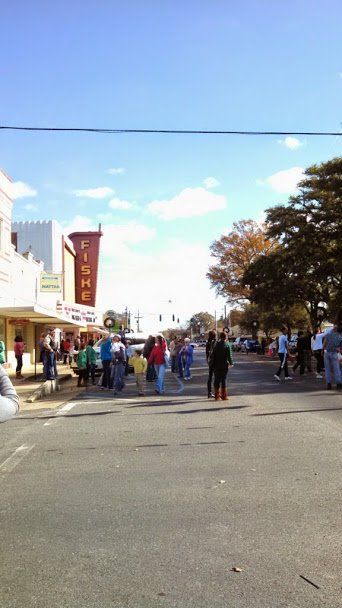 The Fiske Theater was constructed in 1950 and replaced a previous theater that was built in 1928. Similar to other theaters in the South and even some parts of the Midwest and central Appalachia, the Fiske theater practiced racial segregation until the 1960s. Prior to national civil rights legislation, African American patrons restricted to the balcony.

In 1988, building owner Donald Fiske bequeathed the structure to the Chamber of Commerce in his will in 1988. With state funding, civic leaders were able to finance renovations which included new seating and lighting and a modern sound system. thanks to this effort, the historic theater continues to operate on Thursday evenings and weekends. The building is listed on the National Register of Historic Places.