Built in 1555 by German settler John Kush, this small historic house was where American writer William Sydney Porter (1862-1910), better known as "O. Henry," lived from 1885-1886. It is located on the corner of Dolorosa and Santa Rosa Avenue in downtown San Antonio, just a block away from the Spanish Governor's Palace. The house is a contributing property of the Main and Military Plazas Historic District, which is listed on the National Register of Historic Places. It appears to be open to the public but only on a limited basis or by appointment. 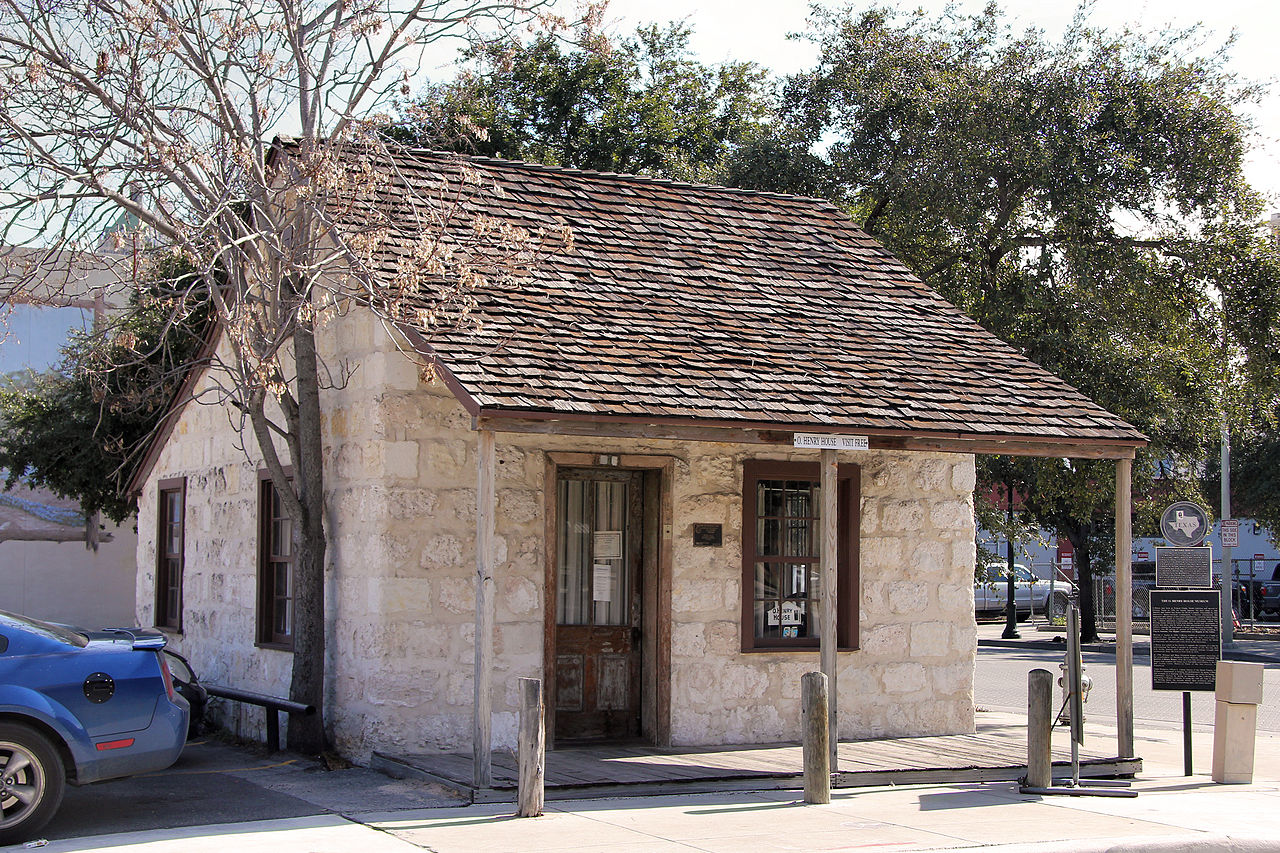 O. Henry
William Sydney Porter was born on September 11, 1862 in Greensboro, North Carolina. He showed an interest in reading at a young age but did not become a writer—specifically, a short-story writer—until his mid-twenties. He, in fact, tried a number of things before settling on a writing career. He began working in his uncle's drugstore when he was 19 and showed an aptitude for drawing when he would sketch the people who came into the store (they admired his work).

He moved to Texas in 1882 for health reasons; he had a cough that wouldn't go away and thought the drier air would help. There, he got a job working on a ranch and his health did indeed get better. He even learned some German and Spanish from the farmhands who worked at the ranch. He was well liked and could play the mandolin and guitar well. Around the mid-1880s, Porter met his future wife, Athol, and they married in 1887. Knowing that he had an interest in writing, Athol encouraged him to write, which he began to do initially as a hobby.

In the coming years, Porter did a number of things. In 1887, he got a job working as a draftsman for the Texas General Land Office where he drew maps. Around this time he started a humorous weekly called The Rolling Stone, which ultimately failed. He also got a job working in a bank and for the Houston Post where he was a reporter, columnist, and cartoonist.

While working at the bank, Porter was charged with embezzlement in 1896 and fled to Honduras just before the trial started. It was there that Porter started to write his first collection of short stories called Cabbages and Kings. It appears that Athol and their daughter went with him but they did not stay long and returned to Texas.

After they returned, Athol became seriously ill from tuberculosis. Upon hearing that she was dying, Porter returned and was allowed to be by her side until she passed away in 1897. He was then sentenced to prison for five years. Life wasn't so bad inside; he worked in the pharmacy and had his own room in the hospital. He also continued to write and came up with the pseudonym "O. Henry". Remarkably, over a dozen of his stories were published while in prison.

His career took off in 1902 when he moved to New York City. Cabbages and Kings was published 1904 and his second collection, The Four Million, was published in 1906. In one year, he also wrote one story a week for The New York World Sunday magazine. He wrote his most famous story, The Gift of the Magi, in 1905 and it was included in The Four Million.

Unfortunately, Porter was a heavy drinker. His output began to decrease in 1908 and he died of cirrhosis of the liver and other health problems in 1910. His literary legacy was assured, however. In 1952, the film "O. Henry's Full House" starring Marilyn Monroe was released. It was comprised of five of Porter's short stories. Additionally, several stories and poems were published in the years after his death.