Memorial Hall is a fitting monument to honor all veterans of all wars, and was used as Municipal Auditorium. The building was constructed by the city of Salina, Kansas, after the close of World War 1. The city wanted to make a suitable memorial to veterans but they also needed an adequate auditorium for the city. Realizing that they could combine both, they were happy to do so. The auditorium's stage would be big enough to accommodate any show that would want to perform in a city the size of Salina. Construction began in June 1922 and was finished in 1923.[1]

This is the Front of Memorial Hall 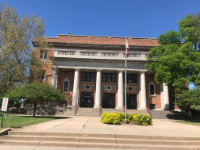 Photo of Memorial Hall in 1935 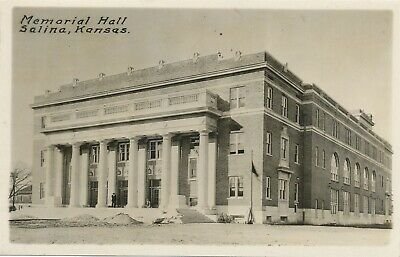 Plaque behind that is located directly behind the Tank Gives details on the war machine. 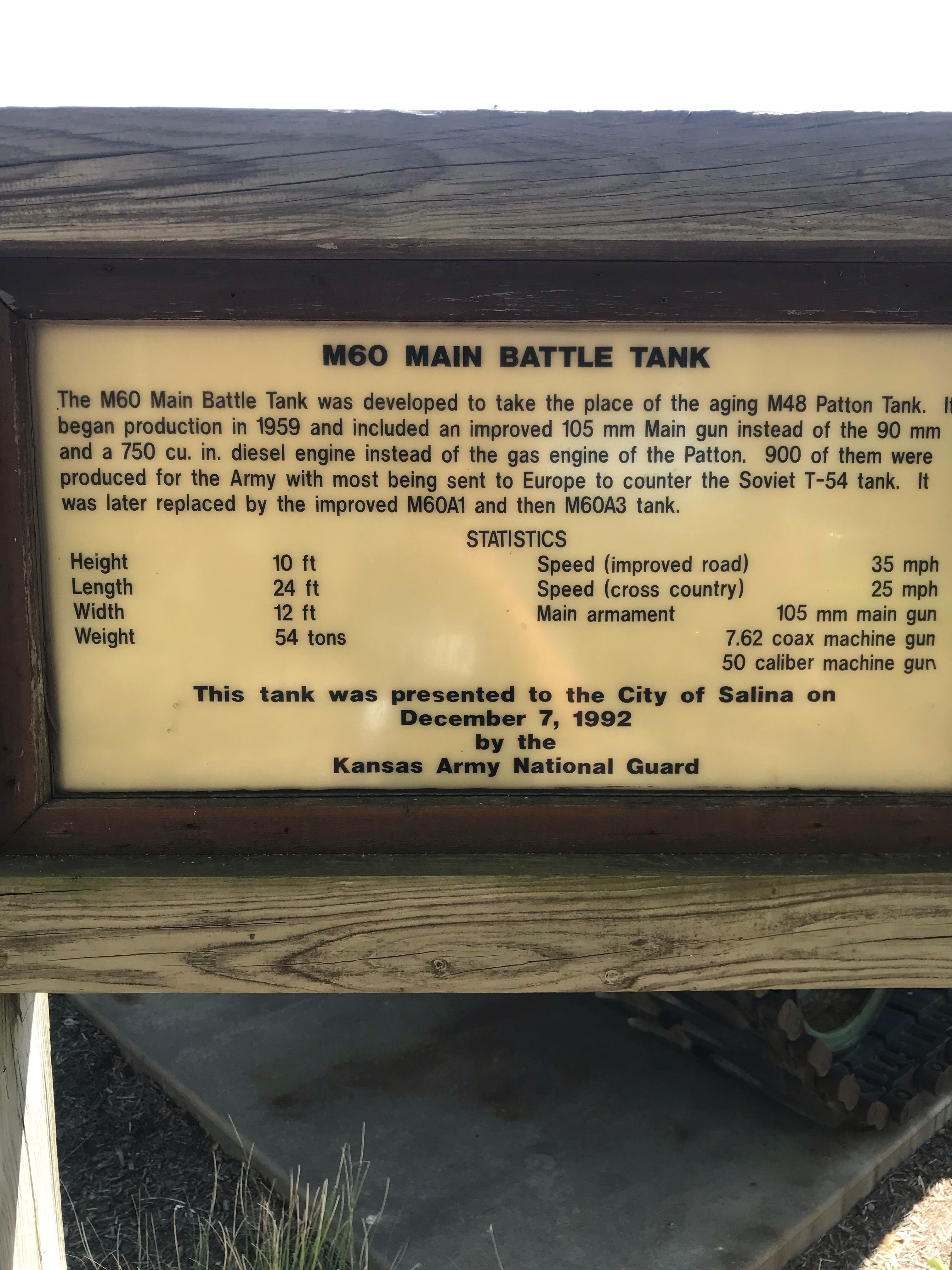 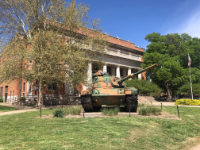 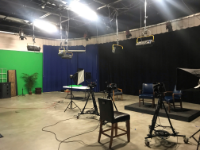 "A Memorial To Our Veterans Of ALL WARS" Located on East side of front of the building. 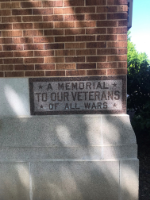 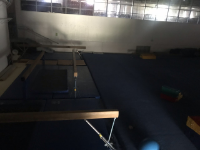 Many events have taken place at Memorial Hall since it was unveiled in 1923.  Memorial Hall, in 1967 was a financial liability, the city collected $1943 in rentals for the building including the $360 from the single rent-paying, year-round tenant:  the Veterans Administration Office, and spent $11,871.22 to just operate and maintain the structure. The city considered tearing down Memorial Hall in 1967. In 1977 Memorial Hall was then turned into a neighborhood center to try and save the building.[2]

Memorial Hall is located on 410 W. Ash Street in Salina, Kansas. The city of Salina took upon itself to see out the building of the monument. Charles W. Shaver, an architect from Salina was given the idea of the memorial, and he was the one to put the idea to paper. On the evening of June 3, 1922, the bids for the erection of Memorial Hall were considered by the city commissioners. The bid that was contracted by the city to Peterson Construction Company of Salina.  They were reputable and gave the cheapest deal. The building consists of three areas: the balcony, the arena, and the gallery. The arena was also used for a basketball court. It has the least seating capacity and is located on the first floor of the building. It holds a grand total of 324 people, but that is just how many chairs can be placed on the arena floor. The balcony has the biggest occupancy area in the whole building, being able to hold a total of 1914 people. This area is upstairs, which allowed guests to have a better view of an event that was going on at the time. Along with the balcony there are dressing rooms for the people who would perform at Memorial Hall to use. The gallery has the second biggest occupancy area and is in the mid-section of the building. It holds a total 924 people. On this floor there is also a men's chorus room, a section for the American legion, an American Legion Assembly room, smoking room, a women's club room, and a room for the Spanish American War Veterans. The totally occupancy for the whole building, counting the chairs added to the arena floor, is a total of 2,983 people. [3]

There were many events that took place at Memorial Hall over the years. A lot of those being musical events that involved many groups.  A lot of these groups were invited from all over the nation to come perform in Salina. Perhaps the two biggest groups that came to Memorial Hall to perform were the Beach Boys and the U.S. Military Band. A hot and full house gathered early to greet the Military Band. When they played, Memorial Hall reached full occupancy for the first time in 50 some odd years. The U.S. Military Band had a reputation as the finest concert band in the land.[4] The Beach Boys, who performed at Memorial Hall in 1988, were a popular rock band at the time. The Hall completely sold out. Apart from the people who bought tickets, promoters and the group's agents also gave away tickets. People of all ages attended this event, so it was not like a typical rock concert it was more of community event. [5]

There was once a tank located in front of Memorial Hall, YES, a real tank. The tank came to Salina in 1939 from Rock Island, III. Arsenal, through efforts of the local V.F.W. (Veterans of Foreign Wars), It was given to the city by the organization. The tank was known as the “whippet” because it was known for its speed and maneuverability.  Sadly, the tank only guarded the doors of Memorial Hall for three years before being removed in 1942. The reason behind removing the tank was suggested by Washington, D.C., during World War II, saying that war relics “would make a substantial addition to the national scrap metal drive. Instead of charging at its enemy like it once did, it will be stopping its counterparts now in forms of bullets shells and bombs."[6] Then in 1992 Memorial Hall inherited a new piece of wartime equipment. The National Guard officially gave another tank to the city during a dedication ceremony.[7]

Today Memorial Hall doesn’t attract many events as it did in the past. The arena floor was being used for gymnastics for quite some time, but now that is coming to an end as the gymnastics program that was using the hall as its venue is now moving to Genesis Health Clubs. Now, the only thing that is in Memorial Hall is Access Television.  This organization is on the west side of Memorial Hall and its studio is upstairs. This television station runs a public education and government channel. They broadcast important city, county and special meetings that happen in Salina. Its main goal is to inform the Salina community about what is going on within the city. They keep people up to date about where tax payers’ money is going and how community projects are coming along, such as construction of new things or road construction. They also offer their services to the community such as multimedia services to help businesses organize and carry out their mission, provide education on how to use media more effectively, and they offer the tools to be able to do so.