Throughout the country, there are a multitude of sites that are historic and have a specific memory associated with them. One site, in particular, is Pad 39a in Cape Canaveral, Florida on the grounds of the Kennedy Space Center and Museum. Pad 39a is the launch site where multitudes of missions have taken off including several Apollo Missions and the vast majority of the Space Shuttle Missions. The site began to gain significance in 1965 with the launching of the Apollo Missions, then from 1980 to 2011 it launched the historic Space Shuttle flights that established a constant presence at the International Space Station, currently, Pad 39a is owned by SpaceX, a private company that hopes to reach Mars in the near future. Throughout the course of the illustrious history of Pad 39a, one group of individuals, the mission controllers, stands out against all others. It is important to recognize these unsung heroes because their memory is beginning to fade away, resulting in the incomplete telling of space history. If even one piece of history is left out it can result in large discrepancies of knowledge amongst generations, creating further division amongst people.

This is an image of an Apollo-era spacecraft on the Pad 39A launchpad. The booster, the Saturn V, used to propel this spacecraft is still the most powerful rocket ever built. 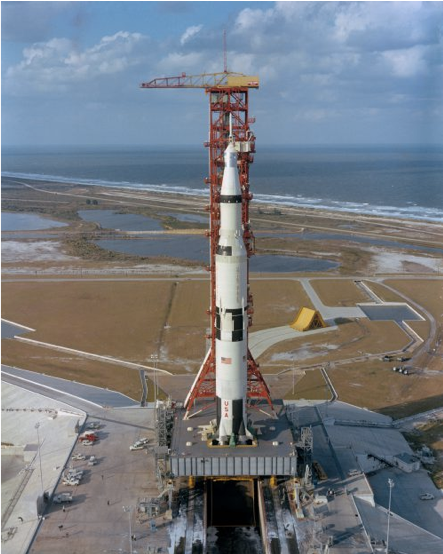 This is the Gemini era mission control center that used basic controls and technology to aid the first humans in space. 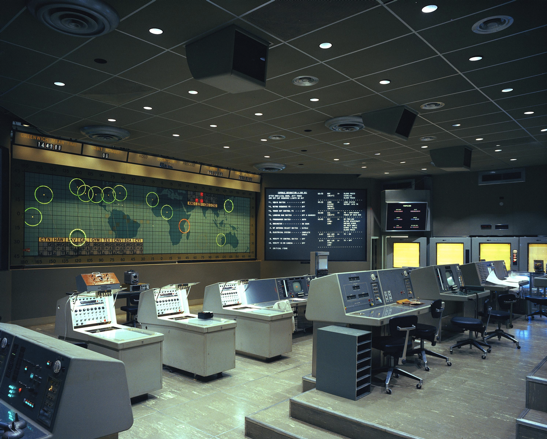 This is an image of an Apollo-era mission control room that used updated technology from the Gemini mission control room. One of the largest upgrades came in the form of screens in every console allowing the controllers to monitor spacecraft changes 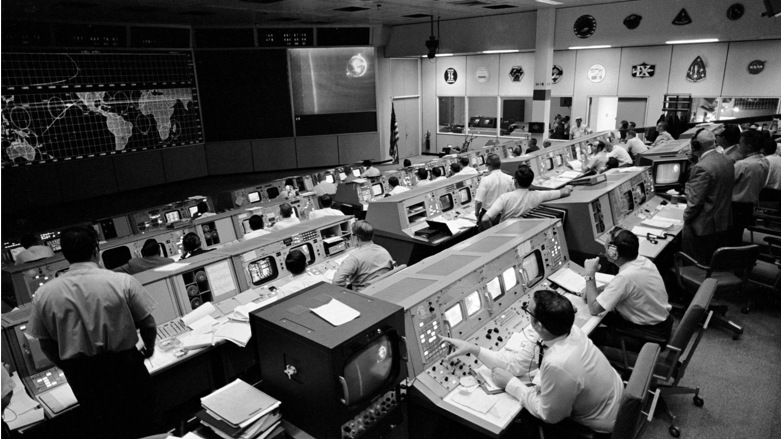 This is an image of a Space Shuttle-era mission control room that featured colored screens as well as a more expanded front screen that allowed for more accurate recording of the spacecraft's functionality. 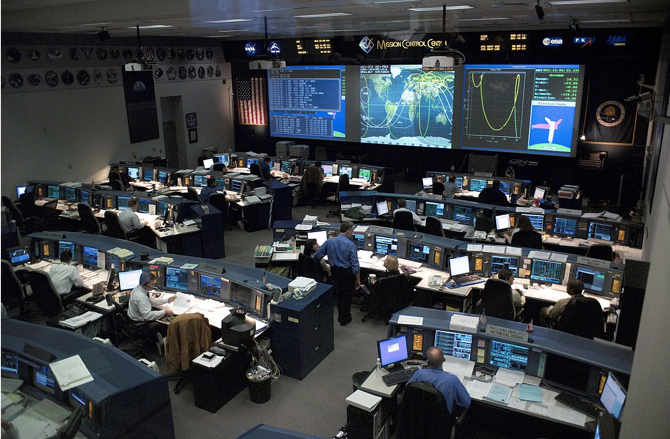 When John F. Kennedy challenged the American people to not only get to space but also, get to the moon it was a rallying cry for all the dreamers in the nation. Once that speech was read, the mission controllers of NASA took the lead in order to develop NASA as well as the procedures needed to achieve space flight. This “race to space” began in 1962 and still continues this day on the backs of the mission controllers who neither receive nor seek out public praise. Some of the most interesting pieces of mission control come from the specific people involved and their specific jobs, the culture within the mission control room, and the multitudes of examples in which mission control thrived in extreme circumstances.

During the course of the history of mission control, a multitude of people worked within its walls. These individuals, in just a short period of time, were able to build mission control into the most technically advanced room in the entire country. These individuals, whose average age was 25, were able to create a team dynamic only reviled by Olympic and championship winning teams. However, unlike most teams, this team was dealing with life and death situations that no one in the entire world had experienced prior to themselves. When walking into the mission control room, a bystander can see the rows of computers, further divided into different sections, facing the large digital displays covering an entire wall. One of the main sections was “the trench,” located on the bottom row of the mission control room. “The trench,” aptly named by the members of the team, included retrofire, abbreviated retro, flight dynamics, abbreviated FIDO, and guidance officers, abbreviated GUIDOS. These groups were responsible for the ground controls of the spacecraft, and were, according to many mission controllers, the proudest and most boastful group in the room. Next, the room was divided in half, on the left side were the non-systems-oriented members of the team and on the right were the systems-oriented members of the team. Finally, reaching the back of the room were the Flight Director and Assistant Flight Director, responsible for the smooth running of the entire space missions. Throughout both significant and insignificant events, the members of mission control consistently perform at a level that goes above and beyond their call of duty greatly influencing the decisions that happened during the launch from Pad 39a and beyond.

Within any excellent team there is a culture that sets them apart from others in that field. The mission control culture is one of the most intriguing and important cultures due to its significance in the success of the missions. The culture within the room has come to be called the “MOD” way, which was created and coined by the mission controllers themselves. This way of work came as a result of the controller’s dedication to leaving no stone unturned, unearthing every question and problem that could potentially exist during the course of space flight. At the foundation of this way of success comes a desire to protect the crew members at all costs, neglecting their personal lives in many cases. An example of this blatant neglect of a life outside of “the room” comes from the many stories detailing mission controllers leaving their partying years in their 20s to go in on the weekend to work on fixing the problem of that day. Furthermore, throughout all of mission control the “MOD” way instilled a desire to preserve integrity in decision making that could not be shaken during the most trying of times. This thought process was able to ensure that all decisions were used for the betterment of the entire team as well as ensuring the security and safety of the crew. Therefore, the mission controllers essentially became a certified boys club that admitted only the best of the best.

During the course of the illustrious history of the mission controllers several instances, whether known or unknown, have truly defined the history of space flight. The first key aspect to know about NASA is that everything was built from scratch, much in the same way there is no manual to parenting there is no manual to spaceflight. One of the simplest problems around is the problem of motion sickness while traveling to space. Most human beings, at some point in their lives, will experience motion sickness, however on the way to space this problem is exasperated on a whole other level. NASA was able to create a solution for motion sickness that is now used by hundreds of people in their own daily lives showing the true impact the problem solvers of mission control have not only on spaceflight but the general public as well. Furthermore, another example of a problem that needed to be solved was the lack of communication while landing and moving about the moon. This was discovered in Apollo 10 and was later fixed over the coming months for Apollo 11. Not only was this fix important for the safety of the astronauts but also it allowed for the American public as well as the world to view the famous moments when a human touched the moon for the first time. All of these problems and their respective fixes show the true resilience of the men and women of mission control, as well as their ability to adjust to the changing circumstances surrounding Pad 39a.

Mission Controllers provided not only the brainpower to create missions to the moon, but more so, they poured their heart and souls into a space program that has returned very little to them. When the astronauts landed, they were granted with parades through the streets and visits to the white house thanking them for their dedication to their country. While the astronauts were out partying and relishing their success, the mission controllers got back to work preparing for the next mission, this follows with their desire to uphold their “MOD” way of life. Moreover, American culture has seemingly forgotten about the unsung of heroes of the space program. This in large part, is due to the American culture that seeks to relish the success of an individual while neglecting the work and individuals that allowed them to achieve their success. A prime example of this is all of the athletes that achieve success when the story of their win is written, it almost never talks about the people who got them there rather it talks about them and their success. Much in the same way these stories of the process go untold and forgotten the story of the mission controllers is starting to be forgotten unless it begins to be a part of American culture.